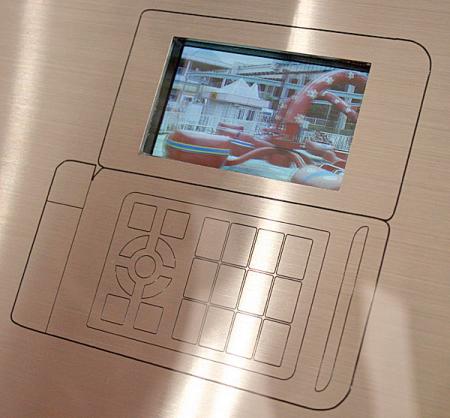 KDDI have been showing off a new prototype LCD display screen destined for mobile phones that’s capable of showing 3D images. Obviously you don’t get the full effect in the picture here, but that’s because you’re not just seeing one image: you’re seeing two, projected and interlaced by two separate LCD displays, one of which outputs images for the left eye, and the other for the right eye. 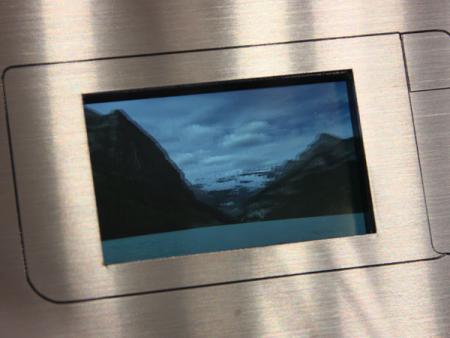 With each image subtly different in position, the technique uses these stereoscopic LCD displays to fools the eye into thinking it’s a real 3D image that’ being perceived. KDDI were demonstrating a prototype with a resolution of 480 x 800 pixels, and both still images and video could be viewed in 3D.