O2 has stunned us all by offering free WiFi hotspots across the UK – and not just for O2 customers, but for anyone and everyone…free! And not only its existing network of 450 Cloud hotspots – it’s going to rapidly increase its number of hotspots over the next few years so that it will end up with “at least double the number of premium hotspots currently offered by BT Openzone and The Cloud combined”.

And did I mention it’s all for free?!

So what’s going on? Why is O2 suddenly being so generous? Is there a catch with this? Maybe not – I may just have the answer. 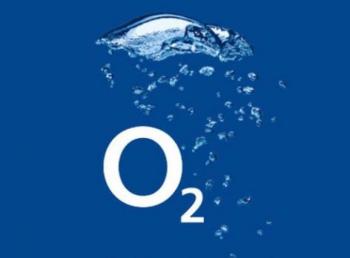 The cunning reason for the O2 free WiFi offer

O2 plans on rolling out free WiFi hotspots pretty much everywhere you go when you’re out and about. Shops, restaurants, pubs – you name it, if you can sit down, you’ll be able to access O2’s WiFi.

What that means is that you won’t need to use O2’s increasingly crowded mobile network, which will free up some of its capacity. O2, like all the other mobile operators, is struggling to meet the network demands of the millions of new smartphones that are being switched on every week, each of which sucks millions of bytes over the mobile network. If its customers switch to WiFi, it frees up space on the mobile network, as the two are essentially completely different networks for data to travel.

That’s all well and good for O2 customers, of course, but why would O2 roll this out to everyone? One word: advertising!

Just picture the scene: you’re a T-Mobile customer sitting in Starbucks. You’re using your tablet or smartphone on your 3G network when you suddenyl realise you’ve gone over your monthly data allowance (T-Mobile, like many other networks, now only offers a measly 500MB of data per month).

You have no choice but to use WiFi. But which WiFi network? O2’s of course! It’s everywhere. You know it’s free, fast, reliable and secure, so of course you’ll use it. And every time you do, there’ll be a “welcome to O2’s WiFi” page staring out at you, offering the latest deals from O2 enticing you to switch your mobile operator to them.

This is enticing enough, but when you see your friend, who’s already on O2 and doesn’t even know whether his smartphone is connected via the mobile network or WiFi because for him, the whole operation is completely automatic and seamless, you start to think: maybe I should switch to O2?

It’s a genius bit of marketing. O2 gets in your face regularly with its offers. More and more people will see those offers as the other networks place increasingly draconian restrictions on the amount of data that can be used per month over their mobile networks, forcing people to use Wifi – O2’s Wifi. And eventually more people switch over to O2 when they realise how much easier the whole operation is if you’re a member of O2’s network.

I think O2’s just taken a giant leap ahead of the competition!