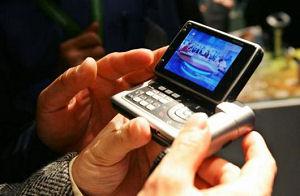 Samsung have started a round of mud slinging.   According to Harry Choi, head of Samsung’s mobile phone design, Nokia’s phone design has clearly declined from what it was a couple of years ago. He claims Samsung has managed to shake up Nokia’s leadership position with its clamshell phones.

Samsung’s market share has started to increase with the new distinguishable mobile phone line and the people at Samsung has realised that it takes more than technology to succeed in the European markets, says Choi.

I’d agree that something spurred Nokia into life this year. Last year’s models were decidedly second rate, but its line up this year, particularly with the new Nokia N-series phones and forthcoming Nokia N92 mobile TV phone, leave the competition standing. So don’t get too cocky just yet, Harry.