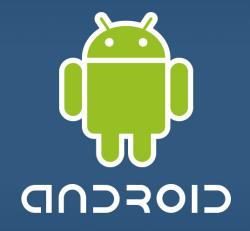 Researchers at Intel are working on a new way of speeding up smartphones such as Android and the iPhone using the concept of Cloud Computing. Called CloneCloud, Intel’s research literally creates a clone of a smartphone on a server. When the smartphone needs to perform CPU-intensive tasks or tasks that drain the battery, it connects to its clone on the server, and lets the clone do the heavy lifting. All the smartphone has to do is to wait for the results to be returned.

The advantage of this is obvious. Servers are orders of magnitude faster than smartphones, and they don’t rely on batteries either! Not only does the CloneCloud concept speed up execution, therefore, it should also lead to significantly longer battery life as well as enabling the use of much more complex applications such as face recognition.

What type of performance improvement can we expect? Well, according to ReadWriteWeb, researchers Byung-Gon Chun and Petros Maniatis, their prototype Android app improved the performance of a face recognition from 100 seconds to just 1 second!

There’s obviously the problem of latency – establishing a connection, sending data to the clone and waiting for the result all takes time. But as you can see, that pales into insignificance compared to the performance gains achieved by running CPU-intensive apps on the server.

This is hugely impressive stuff, but also incredibly complex, so don’t expect a commercial service to be operational in the near future. However, Chun and Maniaitis will be showing off a prototype at the HotOS XII conference in Switzerland later this month

Tiny super-usable smartphones with the power of a server – welcome to the future!