If you think touchscreens are old fashioned and accelerometers are so last year, then Synaptics have go the phone for you – the Synaptics Fuse, a new prototype phone with working technology that was shown off at CES 2010 this week.

OK, so they’re not screens exactly, but they are capacitive and they do respond to touch to produce a responsive interactive interface unlike any ohter phone on the market today.

More details and video after the jump. 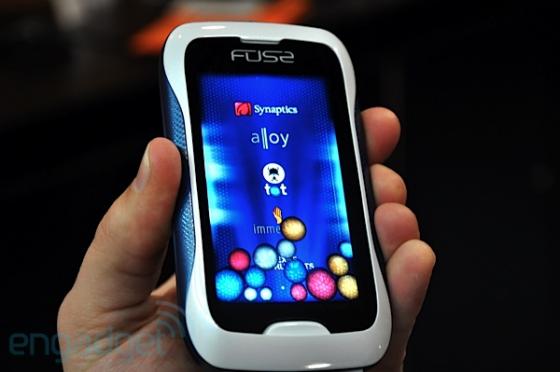 One of the most impressive features of the Synaptics Fuse is that the sides aren’t just touch-sensitive, they’re squeeze sensitive too – they can sense the amount of pressure you apply, and an application can react accordingly. 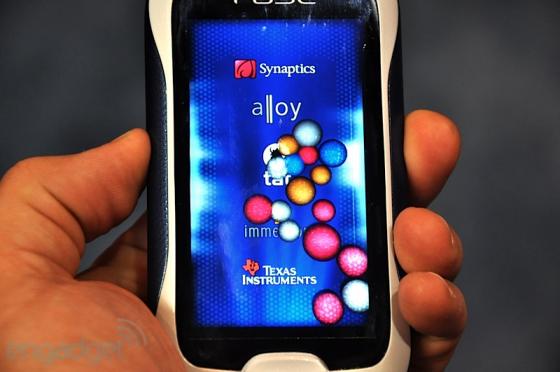 In the video below, squeezing the sides of the phone generates bubbles, as if you were squeezing a washing up liquid bottle. Moving your fingers along the back of the device attracts the bubbles, while the front touchscreen repels them.

The back touch interface is locally haptic, too – that is, rather than the whole phone vibrating when you hit something (like a bubble in this case, or, more likely, a key in a real phone!), only the area directly under the finger that triggered the event vibrates. 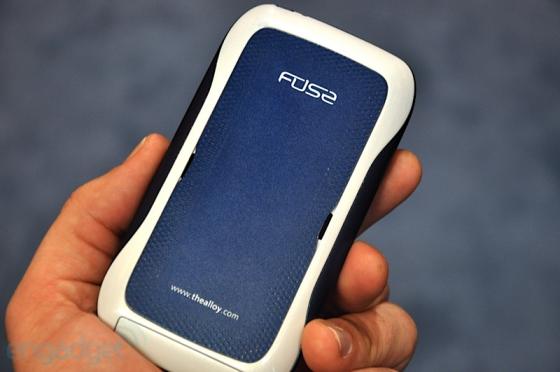 Altogether, this adds a completely new dimension to mobile phone interfaces, and one that’s itching to be used on the new range of superphones that are being launched this year.

The Synaptics Fuse is still just a prototype at the moment, but it’s working technology and the company wil have a working mobile phone interface on show at MWC next month. It’s not unrealistic to see this technology released on a phone later this year, or next year at the very latest.