If you thought Nokia had been a bit quiet latetely, rest assure they haven’t been resting on their laurely. The Nokia X9 I wrote about a few days back turned out to be a fake (natch!), but this most certainyl isn’t – it’s the forthcoming Nokia N8, a 12 megapixel flagship phone that’s set to take on the likes of the Sony Ericsson Vivaz.

More pictures of the Nokia N8 after the jump. 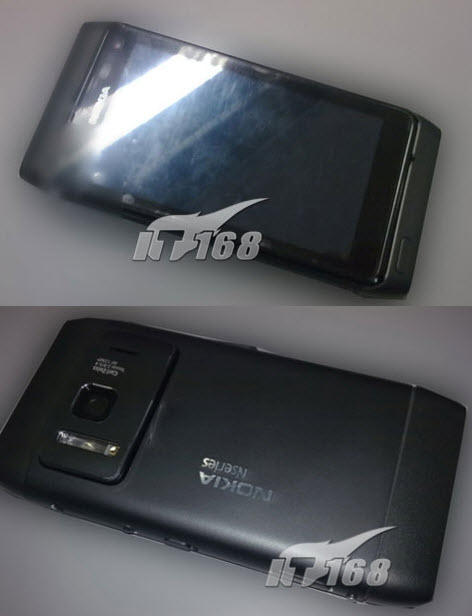 The Nokia N8 hasn’t been announced yet, so the name of the device is still open to speculation. The N8 is very similar in specs to the N8-00, which was leaked a few weeks ago.

It’s also rumoured to have been called the Nokia N98, before Nokia decided to change its naming convention for its phone.

Whatever it’s going to be called, the N8 (for want of a better name!) will be a cracking feature phone when it’s launched. With a 12 megapixel camera, HD video recording, HDMI output for connection to an HDTV, and Symbian^3, it’ll certainly be worthy of the N-Series name.

Don’t expect it to compete with the likes of the HTC Evo, though. Nokia hasn’t quite caught up in the smartphone race, so the N8 will be firmly pitched at the feature phone market, against the likes of the Vivaz and other multimedia phones, rather than smartphones.

Hopefully, though, it’ll show a return to form for Nokia, and not before time!

Latest rumours suggest the Nokia N8 will be announced in April, and is set for a September release date.