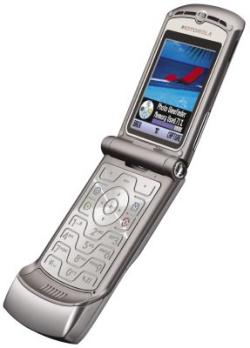 The Motorola RAZR began life as the world’s slimmest mobile phone, at only 13.9mm. Even more impressive were the super-cool looks of the RAZR, which went on to sell by the ton.

This phone sold so well, it captured 6.2% of the market all by itself, and even began a new trend amongst manufacturers: the slimphone, which focuses on thinness and style, with fewer features, but acres of cool. Even Korean phones followed the trend, with the race now on to shrink the mobile phone down to credit card proportions.

The original RAZR had relatively few features, such as a VGA camera (0.3 megapixels). However, Motorola soon jumped on the success of the RAZR, and has since launched several variants. These are:

So, four different RAZRs, two different sizes, a host of different features all in different colours. You pays your money and makes your choice! Read the reviews and check out the specifications in full first before you buy your Motorola RAZR of choice.