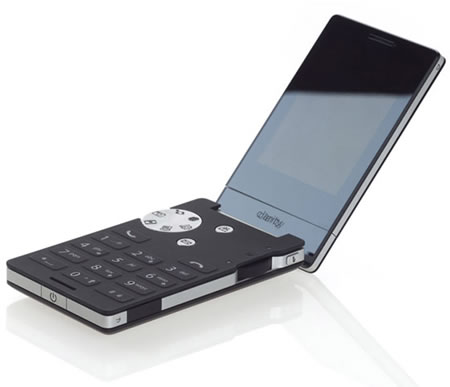 After the hype of the iPhone finally died down, the mobile phone fraternity turned its attention last year to another initial: G, or the Google GPhone. Fevered speculation mounted as to what Google could be up to after a number of leaks revealed that Google were definitely up to something in the mobile phone market.That something soon turned out to be the Google Android platform, which is basically just an open source mobile phone operating system that lets anyone with enough technical know-how build their own mobile phone, and gives developers access to the heart of a mobile phone without being restricted to the features they can access by the phone manufacturer (as is currently the case). After Android, the hype around the GPhone died down considerably, as you can see from the chart from Google Trends (see below, after the jump). The GPhone was dead, it seemed – long live the Android!However, TechCrunch has a very interesting article suggesting that a GPhone is not dead, and that in fact Google are working hard on it right now. More details after the jump.

Background to the GPhone rumour

The rumour first began with a press conference that Larry Page, Sergey Brin and Eric Schmidt gave recently, during which it was reported that “the trio of Google execs also used the opportunity to talk about the inroads the company is making with its own branded mobile phone as a replacement for the iPhone” (emphasis added). Cue instant hype surrounding the GPhone: describing Google’s efforts in the mobile phone arena as the company’s “own branded mobile phone” is very different from describing the Android platform. However, the article by Dan Cox doesn’t elaborate on what was discussed, and so could simply have been a misunderstanding on his part.Fortunately, TechCrunch did a bit of digging, and were informed by “…a good source swearing that Ammunition Group is designing the GPhone and that it is a seriously beautiful device.” So the rumour may not be so wild after all. Indeed, TechCrunch are now actively working on it, and are speculating that the GPhone may be a best in class effort developed by Google to set the standard for Android devices that other manufacturers should seek to beat.So who are the Ammunition Group ? They’re a product design and development group with an impressive portfolio of clients that they’ve worked with, including Dell, Nike, HP, and more interestingly, Apple, Samsung, Motorola, and Sprint. Indeed, the images you see in this post are concept phones that the company designed for Sprint.

What’s in it for Google?

Let’s assume the rumours are true and that Google really is working on a GPhone. What’s in it for them? At the Google I/O Developer’s conference last month, I was discussing the Android platform with one of their engineers, who told me that Google’s mobile plans were really win-win. If people adopted Android en mass, Google wins; if instead they adopt the iPhone, Google still wins. How? Because of Goggles dominance in online advertising. Every person who uses the Web will click on a Google ad at some point. Thus, Google’s strategy for growth on the Web is simply to encourage more people to use the Web.Web adoption, though, is slowing somewhat as it nears saturation. So all Google needs to do is effectively to grow the Web by making it mobile. The more people access the Web via their mobile device, the more people will see Google ads and the more money it makes. Whether these people see the Google ads on an iPhone or an Android phone, Google doesn’t care. The only way Google’s strategy won’t work is if users use a mobile browser that doesn’t offer the full desktop browsing experience of an iPhone or an Android phone, or that doesn’t show Google ads. In other words, a phone by Nokia, for example, who themselves have big plans for mobile advertising.So Google needs either the iPhone or the Android phone to succeed. Both would be even better. Unless a big name gets behind Android, though, it doesn’t stand a chance of competing with the big boys. Now who has the brand cachet to whip up hype and get everyone salivating for a brand new phone that’s not a Nokia? Google!So Google releases a best of breed Android phone that not only shows the world what can be done with Android, it also creates buzz around the platform that rubs off on other Android phones that are developed by other manufacturers. Android and the iPhone eat into Nokia’s commanding smartphone market share, the mobile Web explodes, and suddenly Google has a market to see its ads that’s at least as big as the Web is now.So is Google developing a GPhone? It’d be crazy not to![Source: TechCrunch, MediaWeek ]