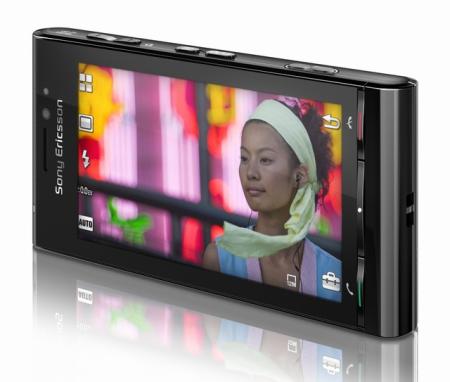 Imagine having the perfect mix of camera and phone, with a huge 12.1 megapixel camera capable of taking superb pictures, coupled with a touchscreen user interface and all the mobile connectivity and multimedia features you could ever wish for. That, in a nutshell, is the Sony Ericsson Satio.

When Sony Ericsson decide to create a flagship mobile phone, they don’t mess about – they create one that blows the competition out the water! The Satio might not be the first 12.1 megapixel camera phone on the market (the Samsung Pixon 12 takes that honour, at least in Europe and the US), but is the best – and by a long long way.

Read on after the jump for the complete Sony Ericsson Satio review.

Overview of the Sony Ericsson Satio 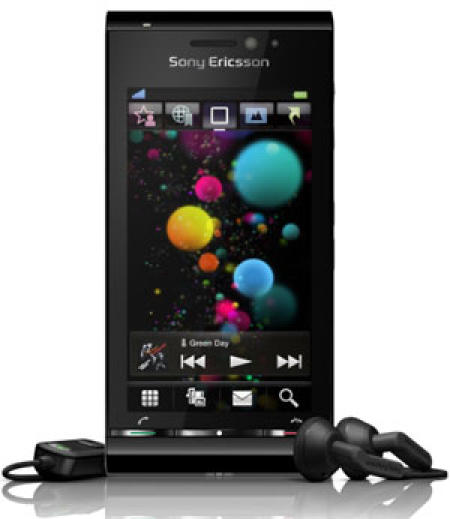 The Sony Ericsson Satio is a brilliant blend of camera and phone. On the front, it’s clearly a touchscreen phone, while on the back, it’s clearly a camera. Inside, it’s both, perfectly mixed with the right combination of superb picture taking features and mobile phone options.

I’ll talk about the picture-taking abilities of the Satio in a minute. For the moment, just accept that you won’t find a better camera phone on the market today, so if it’s a quality camera phone you need, stop reading now and go buy the Satio!

Before that, though, I’ll talk first about the Satio’s other features; it’s mobile phone features, connectivity options, Web browsing, GPS, media player, 3D games, video streaming (including YouTube videos), and pretty much every other option that Sony Ericsson could throw at this beast! 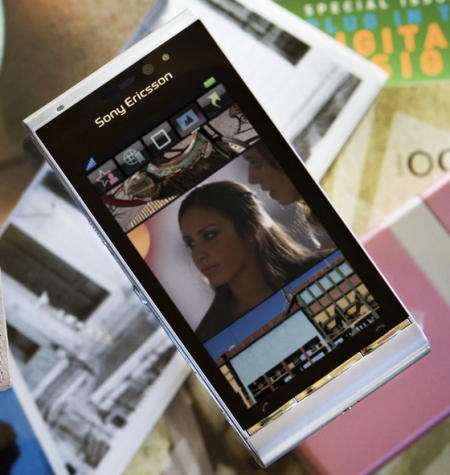 The Satio comes with a 3.5″ touschreen with a 16:9 widescreen display. Capable of displaying over 16 million colours at a resolution of 640 x 360 pixels, the screen is superb, which is pretty much what you’d hope for with a phone designed to take perfect pictures. Not much point taking the perfect picture if you can’t actually view it properly!

The only downside of the Satio’s screen is that the touchscreen nature of it is based on resistive technology rather than capacitive, like the iPhone and Android. This means that you need a fingernail or stylus (supplied) to use the touchscreen successfully. You can’t simply slide your finger on the screen and expect things to work like they do on the iPhone.

On a smartphone, this would be criminal (as it is on the Nokia N97!). But the Satio’s not a smartphone; it’s a camera phone, and it’s touchscreen is perfectly adequate for the Satio’s needs/

The body of the Satio 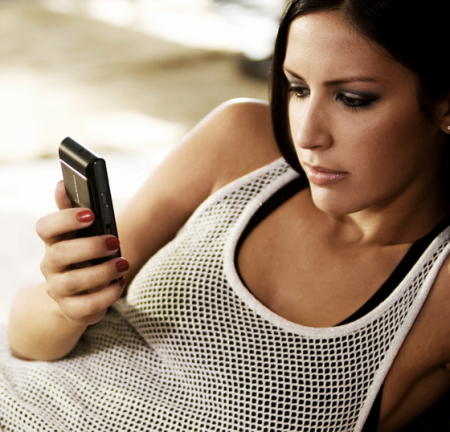 The Satio comes in a candybar form factor with no keypad. Indeed, the only physcial buttons are the call accept, cancel and a menu button. Every other feature is accessed via the touchscreen.

From the front, the Satio looks like any other touchscreen device. The back, however, is a different story, as it’s here that the Satio’s true power really lies – it’s gigantic 12.1 megapixel camera!

There’s a glorious and huge slide out lens-cover on the Satio which adds to the feeling of quality. This “power bulge” reveals the lens underneath with its focal range written proudly. Above it is the xenon flash – the best in the business, no less!

Make no mistake, the Satio, is no shrinking violet – at 112mm x 55mm x 13.3 mm, and weighing in at 126 grams, it’s not exactly a slimline device! However, you wouldn’t expect a flagship phone to be super-slim, and it’s certainly no bigger than its main competitors (it’s about the same size as a Nokia 5800 XpressMusic, for example). 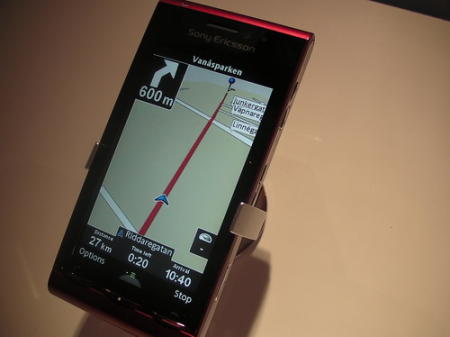 Inside, Sony Ericsson have packed the Satio with a huge array of features. As well as the camera-specific features, which we’ll come to in a minute, the Satio also contains the following:

This is pretty much everything we’d expect from a feature phone these days, and is another of the great qualities of the Satio – it has a great camera and it doesn’t compromise on features. Better still, because it’s Sony Ericsson, all the features work exactly as they should, with top quality results across the board.

There is, however, one omissions – the Satio has a proprietary headphone jack, rather than a standard 3.5mm jack used by virtually every other manufacturer on the market. 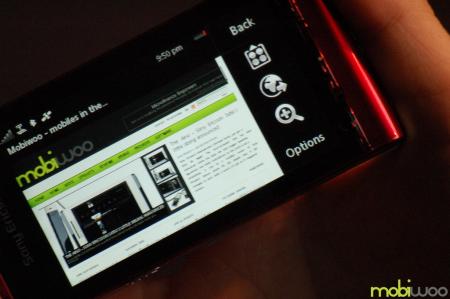 The Satio uses the Symbian S60 mobile operating system that’s also found in other phones such as the Nokia N97. However, this operating system is getting a bit long in the tooth now, and as user interfaces go, the Satio’s is looking rather dated.

It’s not that it’s bad. Indeed, in many ways, it’s virtually the same as any other Sony Ericsson user interface. But that’s my point – the interface hasn’t changed all that much in over 5 years and still resembles that of the Sony Ericsson S700 I bought back in 2005! There’s a few nice touches, such as improved icons, a few fancy transitions, and of course the touchscreen display itself, but it already looks dated, and it’s not even on the market yet!

That said, this isn’t a fashion phone, and it isn’t designed to go head to head with the likes of the iPhone. It’s designed to be the best camera phone one the market with a superb range of features. We’ve already checked out its range of features – what, them, of the Satio’s camera? 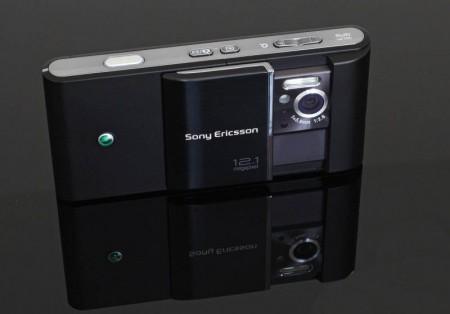 Sony Ericsson have done all they could to make the Satio the best camera on the market. To do this, they’ve added the following features:

That doesn’t tell the whole story though. What you get with the Satio is an experience much closer to that of a digital camera than you’d expect with a mobile phone.

Take, for example, focusing. Not only does the Satio come with auto-focus (which you’d expect), it also has face detection, which locks onto a face and focuses automatically on it without you having to do anything. Switch on smile detection, and the Satio won’t take a picture until it detects a smile (or a gurn – it might be clever, but it still can’t distinguish between attractive and minging smiles!). 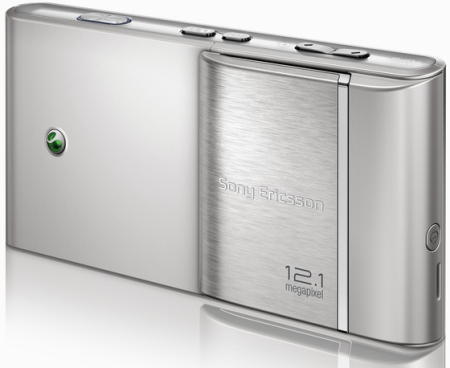 There’s an image stabilizer which reduces vibration, automatic geo tagging of your pictures, red eye reduction and touch focus, which is my personal favourite. This lets you adjust the focus of the camera by touch. You simply line up your shot so the the picture is shown on the screen, then touch the screen where you want the camera to focus. It makes taking great quality pictures a snap, and shows just how well touchscreens work with cameras.

You can see some examples of the Satio’s photos below (photos courtesy of Youserbase – check out the originals on Flickr). Bear in mind that these are still from a prototype of the Satio, and the finished product will be better still. Also remember that I’ve had to reduce the size of them somewhat, as 12 megapixel camera produce photos that over 6MB in size each! 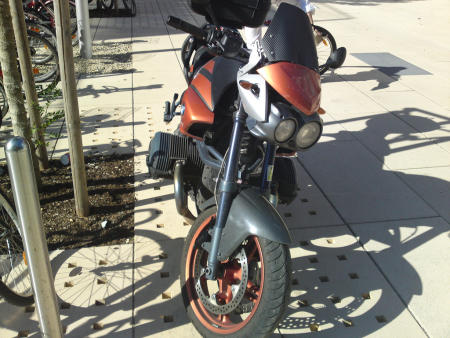 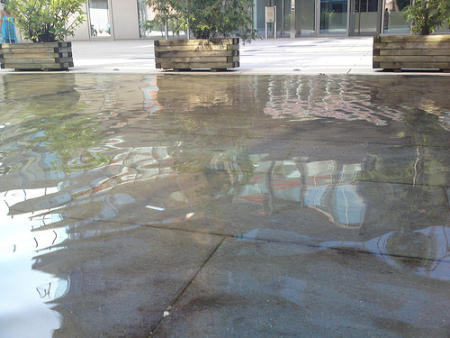 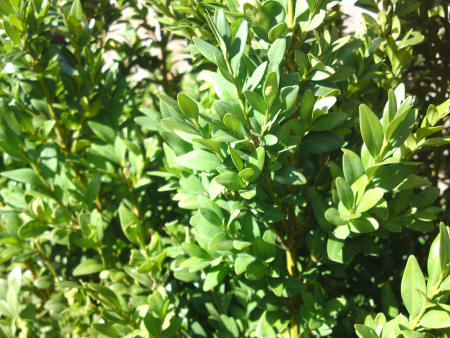 So what do other people think of the Satio?

TechRadar love the Satio: “…marvel at the fact SE has managed to stuff so many features into a comparatively thin frame, put an excellent touchscreen on the front and firmly laid a challenge down to the likes of Samsung, LG and Nokia, all of whom have been knocking out the media / camera phones for years as well.”

GSMArena are also impressed with the Satio (although noting that there’s stiff competition on the horizon): “Our brief experience with Sony Ericsson Satio left us happy and waiting for more – we really hope to get a second glimpse of it in a more detailed review once it hits the market. Our first impressions are downright positive and competitors will have to go to extra lengths for a shot at beating it.”

Finally, Dialaphone blogger Andrew Bloxhall also loves the Sony Ericsson Satio: “Sony Ericsson seem to have pulled out all the stops with the Satio, blessing it with a stylish design, a good OS, a massive megapixel camera, a sensible storage solution and every connectivity option you’ll likely need. It’s a shame then, they have not given it a 3.5mm socket, leaving it once more to their proprietary adaptor to house it. This is unfortunate as the media player is a good one and it does take the Satio one step away from perfection, however, it won’t bother everyone, especially when the rest of the package is as superb as the Satio’s!”

Reading about the Satio is one thing, but you want to see a video of it before you make your mind up. Here you go then – check out these hands-on Sony Ericsson Satio video reviews to see for yourself whether the best camera phone on the market today is right for you:

In conclusion, the Sony Ericsson Satio sees Sony Ericsson going back to its roots and producing a camera phone of exemplary performance. The company has been suffering lately with poor results and poor phones, but the Satio sees it back to top form again. My only reservation is the user interface, which is looking rather old now, and my only annoyance is the lack of 3.5mm headphone jack.

Those gripes aside, the stunning camera performance combined with the superb list of features makes the Satio the best camera phone in the world today – if you need a good camera phone, you really can’t do better than the Satio. I’ll give it 9/10.