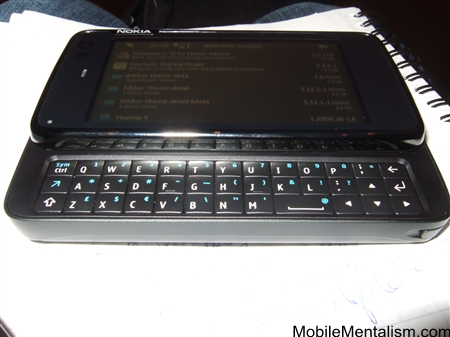 I’ve just returned from the OneDotZero even in London, where I was able to get my grubby hands on the Nokia N900 in the flesh, and also had some time with the N900’s project manager, Jussi Makinen.

During an extensive Q&A, an open and honest Makinen revealed that the N900 will be the first mobile to feature Mozilla Firefox, which will be available on the device by the end of year. Nokia’s Ovi is also coming soon to the N900, providing the same level of app support as Symbian-based smartphones such as the N97 currently enjoy.

Full details, pictures and more revelations after the jump!


Here are some of the key points Makinen and Maemo 5 developers told me at the OneDotZero event:

I’ve had a chance to play with N900, and I have to say it’s a very sexy device. I’ll give a complete N900 review in another post, but before then, let’s look at some of the N900’s key points.

The N900 – a truly mobile computer 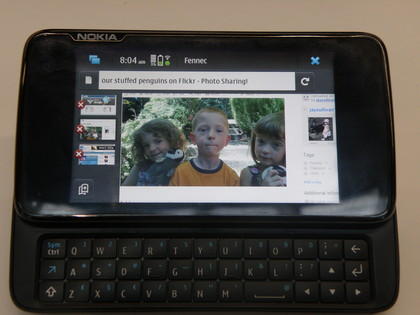 That’s why the N900 will feature Firefox soon, as it’s got the operating system, the application memory and the processor power to run a desktop-based Web browser.

No cut-down mobile browser for the N900 – it’s powerful enough to support the real thing!

Note that Mozilla’s mobile browser Fennec has been seen running on the N900. In contrast, Makinen claimed that Firefox was coming to the N900, and that it would be the desktop version, not a mobile variant. Whether he meant Fennec or the actual desktop version of Firefox I’m not sure, but he made the point clear that Firefox on the N900 would be as fully featured as it is on the desktop.

The N900 – ready for primetime 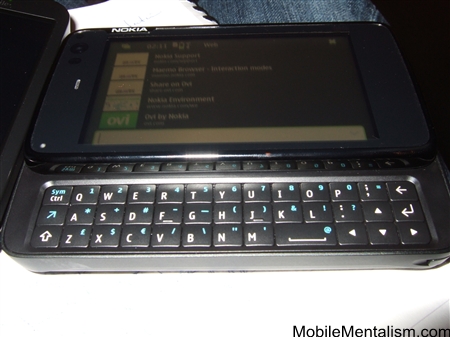 The N900 has evolved from Nokia’s previous Internet Tablets, the N770, N800 and N810. These were never meant as mainstream devices, but as niche devices that appealed to early adopters. By listening to feedback from these early users, Nokia was able to refine the concept, until they came up with the fourth generation – the N900, which Nokia are describing as featuring the best Internet experience of any mobile device. 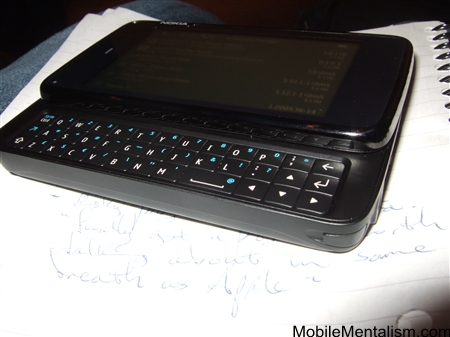 One of the things that users of previous Internet tablets must have said to Nokia was presumably “why can’t I use this thing as a phone?!” I assume this was the case, as Nokia have now added full phone functionality to the N900, which they’re still referring to as an Internet tablet. The N900 therefore comes with quad-band GSM, and 10Mbps HSDPA for full 3.5G and 2G phone connectivity.

Quite whether the market will see it this way, though, is a different story! To the average user, both devices are QWERTY keyboard-sporting touchscreen smartphones with very similar specs, and it won’t be at all be clear why you should buy one over the other.

I look forward to the average Carphone Warehouse employee trying to explain the difference between Maemo and Symbian when asked why they should buy the N900 over the N97!

PS Big thanks to Donna and Robbie from WOMWorld for the invite to the N900 event; to Jussi Makinen for his excellent Q&A and enthusiastic evangelism of the Maemo platform; and to Jay, Neil, Valerio and Roger for a hugely entertaining smartphone geek-chat!