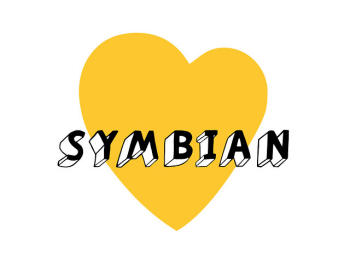 According to Lee Williams, Symbian’s Executive Director, the first phoone to feature the new and highly anticipated Symbina^3 mobile OS won’t be the Nokia N8 as evereyone expected. Rather, it’ll be a phone made by “…an Asian vendor”, although he didn’t actually specify which Asian vendor.

There are seven such vendors in the running, though: Samsung, Foxconn, Fujitsu, Compal, Sharp, Huawei, and ZTE. With so much at stake for Nokia with Symbian^3, though, my guess is that the first phone to feature it won’t be from a prominent manufacturer, which rules out Samsung.

By letting a lesser known company ship the first Symbian^3 phone, they can quickly gauge public reaction. If it’s positive, they can make loud noises about Symbian^3 as a feature of the forthcoming Nokia N8.

If it’s negative then they cans imply focus on the other great features of the N8 and mention Symbian^3 in the small print as an after-thought!

Just a guess, but it’s a sure-fire way of testing the market before spending the millions that Nokia normally spends on a new launch.