Steve Jobs is just finishing off his press conference as I write this, explaining to the assembled journalists exactly what happened with Apple’s iPhone 4 “Antennagate” debacle.

Adopting the classic “look, everyone else has the same problems too” tactic, Steve tried to paint the iPhone 4’s dropped call problems as something endemic to the whole mobile phone industry. Which it isn’t.

To be fair, he also offered every iPhone 4 owner a free case, which solves the problem. This is a good thing, clearly, and should go some way towards repairing the PR damage Apple inflicted on itself.

But I’m not sure that’s the end of the story – and it’s all Steve’s fault. 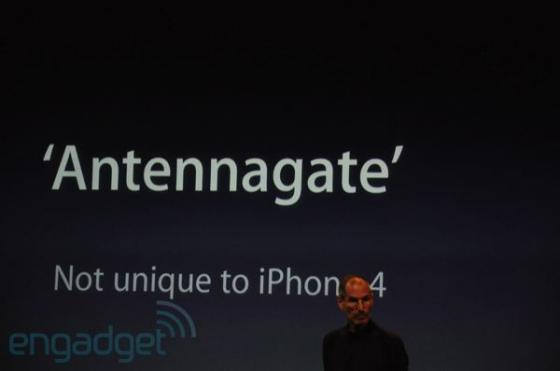 Antennagate, as Apple insists doesn’t exist, was always a storm in a tea cup. Some iPhone 4’s drop calls sometimes for no explicable reason. Big deal. The iPhone 4 is such a superb phone with such exquisite engineering that the fact that it has a small flaw is no big deal.

As Steve said in today’s press conference, “phones aren’t perfect…it’s a challenge for the whole industry.” 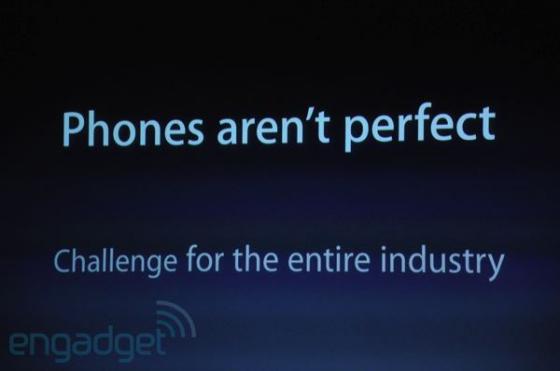 But the reason why the story became so big was Apple’s increasingly aloof, arrogant and uncaring approach. First they completely denied there was a problem, when clearly there was. Then they sent out an embarrassing press release claiming that the iPhone didn’t drop calls, they just reported how strong the signal was innacurately.

Finally, they actively deleted customer’s complaints on their corporate forum.

This level of corporate bullshit is what caused everyone to rail against the company. When you see anyone trying to claim something that’s so self-evidently crap, it makes you bristle insidem and do whatever you can to make them back down and admit their flaws. 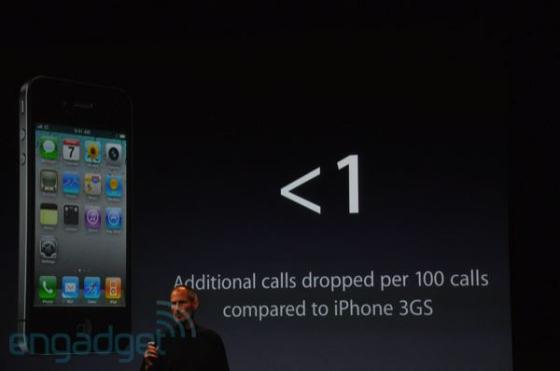 Apple still haven’t done this. They’ve admitted that the iPhone $ drops less than 1 call in 100 more than the iPhone 3GS, which isn’t exactly an apology. And they’ve offered everyone a free case.

But that’s all. That’s no apology, and that’s still an insult to Apple’s loyal followers.

If Apple weren’t so damned arrogant, then this wouldn’t have been an issue in the first place. The fact that they still can’t apologise fully means that this story isn’t going to die any time soon.

Which, when you consider how great a device the iPhone 4 is, is bordering on tragic. And Apple have no-one to blame but themselves (well, and Steve Job of course!)