To answer it, we’ll briefly compare the ten different smartphones on offer that all run Windows Phone 7, and come up with one winner, which will, naturally, be our recommended Windows Phone 7 device of the year. 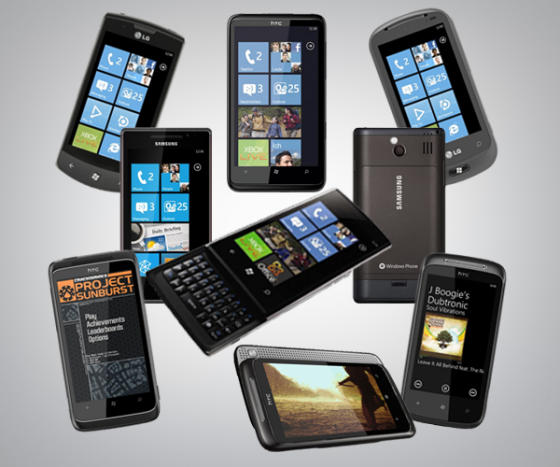 In no particular order, the Windows Phone 7 devices that have been released in the first phase of launches are as follows:

There’s also an ASUS Windows 7 Phone that was meant to be launched, but seems to have gone missing in action!

So with these 11 phones, then, let’s see which is best.

Cons: Looks too business-like for most users. Big and bulky. Aimed at business users rather than home consumers.

Cons: Speakers don’t sound amazing, yet still add bulk and weight. No real point to them, so a disappointing unique selling point. Photos not great quality. An odd device to love!

Cons: Not actually on sale yet!

Cons: Only 8GB storage (which isn’t expandable). Cheap! Not the best phone here because it’s cheap.

Cons: Battery life not as good as it could have been. Not as feature-packed as other WinPho7 phones. Poor video performance.

Cons: Looks ugly. Small screen. Even G1 owners would laugh at you!

Of these phones, we can discount the Dell, as it’s too business-oriented and bulky, along with the HTC 7 Trophy, as it’s been built down to a price rather than up to a higher level of design and features.

The HTC 7 Pro can also be discounted, as it’s not yet on sale, while the HTC Surround, although an interesting alternative to the average WinPho7 device, can’t really be counted as its slide-out speaker that makes it unique doesn’t actually work all that well!

The HTC HD7 should have been a contender, but its old hardware it’s running on (the HTC HD2), and it really does show its age.

The LG Quantum can be considered if you need a full QWERTY keyboard, but it’s not the best phone here, and this post is all about finding the best WinPho7 smartphone!

This leaves us with the LG Optimus 7, HTC 7 Mozart and Samsung Omnia 7. 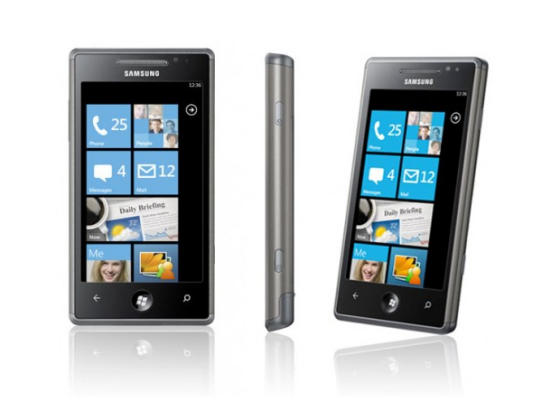 The HTC 7 Mozart has the best camera and flash, and its Super LCD display is much better than the LG Optimus 7’s. However, the Optimus 7 has DLNA media streaming that actually works. Despite this, the HTC 7 Mozart judges shades it, as although the Optimus 7 does a lot of thingd well, its overall features are too generic, sticking pretty much tightly to the minimum spec of what Microsoft dictates a WinPho7 phone should have.

However, the Samsung Omnia 7 beats them both. True, the Omnia 7 is basically a Galaxy S with WinPho7, but the Galaxy S is a much better (not to mention, newer!) phone than the HTC HD2. The Omnia 7 has the best screen of any of the phones here, which makes the WinPho7 interface, with its reliance on deep black everywhere, look gorgeous; and although its camera doesn’t have as many megapixels as the Mozart, it produces better photos, which surely is what’s important when talking about cameras!

Its achilles heel is its poor video recording, but that doesn’t stop it outperforming the Mozart in virtually every other area you care to mention.

To see why it won, check out our Samsung Omnia 7 review.

As far as the top three Windows Phone 7 devices are concerned, we rank them as follows:

An honorary mention should also be given to the LG Quantum, which is the only phone here with a physical QWERTY keyboard in landscape orientation.

Finally, a big shout out must also go to Engadget Mobile for their huge (and I mean huge!) coverage of all things Windows Phone 7.

So do you agree? Is the Samsung Omnia 7 the best Windows Phone 7 of 2010, or do you think another WinPho7 beat it? Let me know on Twitter.