This is a leaked picture of the Samsung Nexus S, a new Google phone that follows in the footsteps of the origianl Google Nexus 1, and which is set to be a pure Android install with no extra fancy user interfaces, designed to show off the new Google Gingerbread version of Android (i.e. version 2.3).

Except, it’s not! According to the latest rumours, Samsung had the Nexus S ready, but pulled it at the last minute as the company felt it wasn’t good enough! Specifically, they were worried that it would look a bit underpowered compared to the new dual-core Tegra-powered phones that are coming out next year.

In addition, Samsung themselves are also launching a new flagship Gingerbread phone that will have the Samsung TouchWiz user interface on it, and that would also be better than the Nexus S. And that would certainly never do! 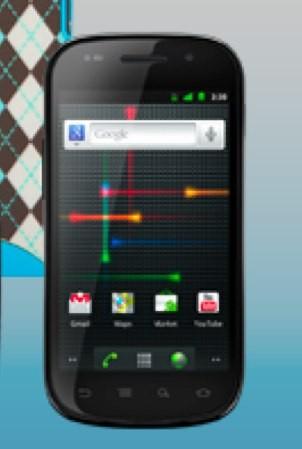 So Samsung have allegedly cancelled the Nexus S at the last minute, and have decided to replace it with a much better-specced version, complete with a dual-core processor.

Just one problem, though – Gingerbread isn’t optimized for dual-core processors! Honeycomb, version 3.0 of Android, will be, but that hasn’t been released yet, and won’t be until around March next year.

Given that Google are desperate to get Gingerbread out of the door, and are relying on Samsung to provide them with a Gingerbread-based Nexus phone to show it off, this has created quite a problem! The Gingerbread engineers have been called back and are having to re-code some parts of Gingerbread to optimize it for dual-core processors.

So what can we expect, and when?

This wasn’t part of Google’s plans, as they wanted Gingerbread to be the last single-core OS, with Honeycomb moving the Android OS into the era of dual-core mobile CPUs as more phones started to support them (which isn’t expected to happen until mid-2011).

The upshot is, the Nexus S has been delayed, Gingerbread has been delayed, and we might not actually see either until January next year. On the upside, though, this does mean the Nexus S will be the very first dual-core smartphone on sale, and we can only dream about the performance improvements it’ll bring!

Looks like 2011 is already shaping up to be an extremely exciting year!