Nokia saw its shares slide 11% on the day that Stephen Elop announced the company’s virtual takeover new partnership with Microsoft on Thursday. Since then, both companies have elaborated on their plans at MWC 2011 – and Nokia’s stock has tanked even further!

Since February 10th, Nokia’s shares have slumped a full 24.64%, meaning that Stephen Elop has single-handedly destroyed a quarter of the Finnish leviathan’s market value with just one single press conference! That’s quite some achievement!

It’s also a damning indictment of what the market thinks about Nokia’s new strategy. 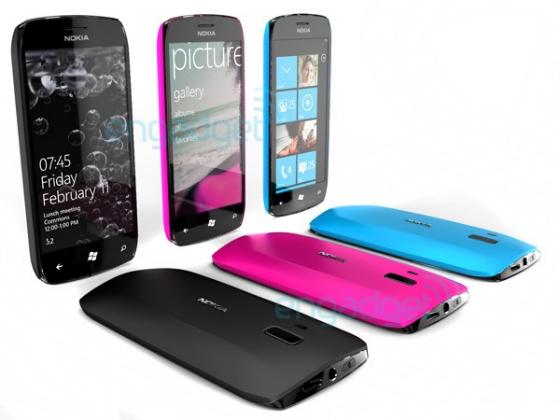 Looking back to a recent story on TechCrunch, there were rumours even last year of a potential takeover by Microsoft of Nokia. The two companies shared a similar pain of impending irrelevance.

Nokia was being increasingly sidelined in the mobile phone market as its exclusive focus on hardware was being undermined by the market’s rush to software (specifically, the software experience offered by Andriod and iPhone).

And Microsoft saw its dominance of the personal computer under threat as the very concept of the PC looks as outdated as Microsoft itself, thanks to the combination of increasingly smart (Android and iPhone) smartphones and new, super-sexy (Android and iPhone – spot the pattern?!) tablets.

So the two coming together made perfect sense theoretically – but not practically. 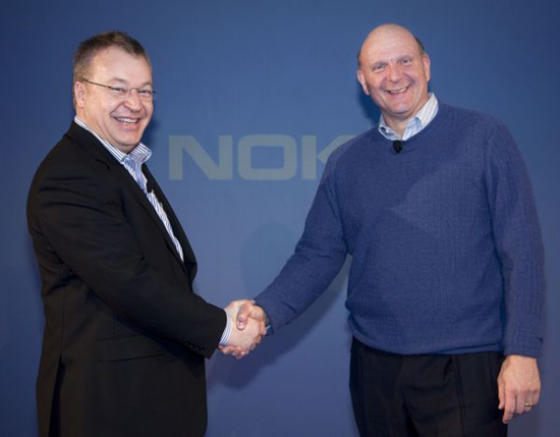 “The analyst community is skeptical that a full-on Microsoft-Nokia takeover is still in the works. Of four analysts surveyed by TechCrunch, none saw it as the most likely outcome. Describing Nokia as currently locked in a “death spiral, just loaded with challenges,” senior Needham analyst, Charles Wolf says “It would be a disaster. Ballmer [(Microsoft’s CEO)] is not the brightest bulb… but I don’t think Ballmer is dumb enough to do it.””

And, of course, he hasn’t – at least not technically. To all intents and purposes, however, Microsoft really has just taken over Nokia. Much of the existing Nokia senior management has been replaced, and Elop has been joined by former Microsoft exec Chris Weber as President of Nokia Inc. (US).

So ex-Microsoft employees are now in charge of Nokia, Microsoft and Nokia are now locked in a partnership that’s ultimately aimed at saving them both, yet no official take-over has actually happened.

Perhaps the final thought should go to Benedict Evans, a consultant at Enders Analysis:

“Two dinosaurs don’t produce a mammal, they produce a dinosaur.”

Not too different from Vic Gundotra’s tweet about two turkeys not making an eagle, but in a way much more prescient – and the stock market as a whole seems to concur.