Google’s Executive Chairman, Eric Schmidt, has just finished his keynote speech at MWC 2011, during which he demoed some of the neat new applications that will be available on Android Honeycomb tablets, explained where Honeycomb sits between Gingerbread and Ice Cream, and presented some pretty amazing facts on the global adoption of Android.

He also had a little something to say about the Nokia/Microsoft deal. 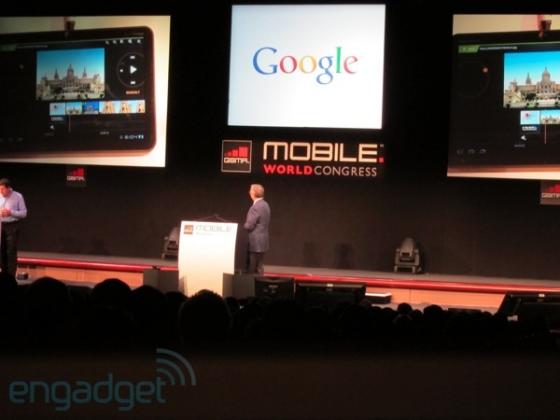 After his talk, Schmidt was asked his thoughts on the Nokia/Microsoft deal and whether Google fought for Nokia to adopt Android.

“We would’ve loved if they chose Android…We certainly tried. The offer to adopt later is still open.”
Personally I can’t see Nokia ever adopting Android as it’s now become a subsidiary of Microsoft, but it’s an interesting insight into the politcal machinations that occurred prior to the Microkia announcement.