Google has just revealed the future of Android, and it takes the humble mobile device way beyond what we currently think of. In fact, Google’s new technology makes as much of a leap forward as Apple’s iPhone did when it was first announced back in 2007.

Google has seen that the mobile device in your hand is as much about control as it is about communication, and so has developed an array of cracking new tech that integrates ordinary hardware into the Android ecosystem, effectively building a single Android platform for any device.

It’s an intriguing vision, and with the technology google was showing off today, one that I think is just around the corner. See what you think. 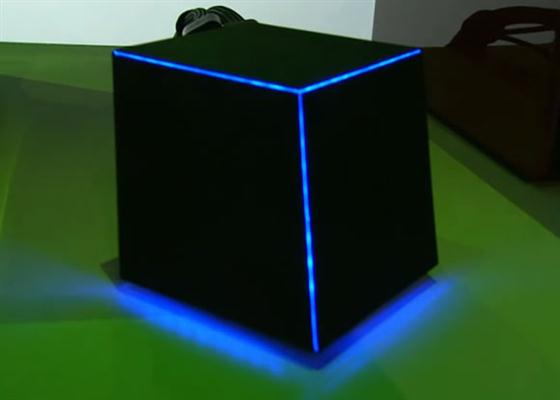 Android has so far focused firmly on software, but now Google is extending that to encompass hardware as well. The company is beginning this new extension of Android with what it calls Android Open Accessory, which is platform support for new accessories that will work with any Android device going forward. 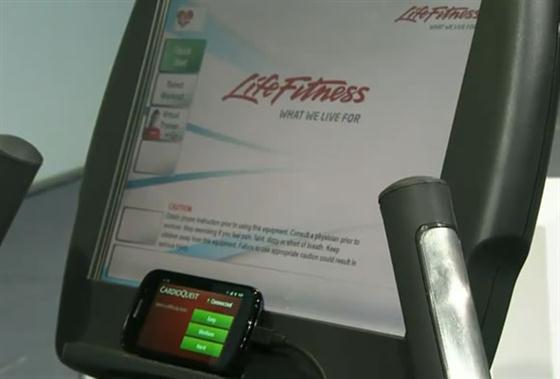 It’s very similar to USB devices, but with instant access to the appropriate Android app.

The app that was demonstrated was a simple game that the user controlled by pedalling the exercise bike. Although this wasn’t particularlly sophisticated, it was the power of the vision that was most exciting. Android Open Accessory supports USB now and bluetooth in the future, meaning any hardware can connect to any Android device and the new APIs that will be part of Android lets you integrate that hardware into the Android ecosystem. 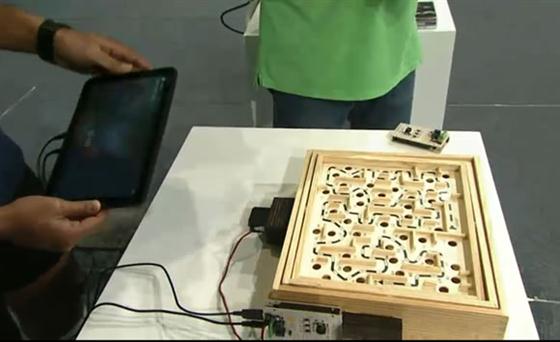 Another app showed a Motorola Xoom controlling the horizontal level of a maze’s surface, letting the Xoom guide a ball bearing around the maze.

More impressively, to encourage hardware development, Google has released an Android Accessory Development Kit (ADK) based on Arduino that contains hardware and software to create your own hardware accessories. MicroChip are also releasing their own equivalent ADK boards, while the ADK is completely open and can be downloaded at accessories.android.com

In other words, if you have an idea for a nifty new accessory for Android, there’s an extremely cheap way for you to build a prototype of it and subsequently turn it into commercial production. Given that Android now has over 200,000 apps from as vibrant developer community, I can’t wait to see what a hardware development community will come up with.

More exciting still is Android@Home, a new set of technologies that turns your entire home into an Android accessory! Android effectively becomes the OS for your home, letting you control pretty much anything electrical in your home.

For example, you can build an alarm clock app that increases your bedroom’s lights slowly and then switches on your HiFi once maximum brightness has been reached. You can even control an irrigation system and create a real-world farmville app for your garden (though I think this was a joke!)

hooked up Quake to the lights in the conference center, which flashed whenever the player’s gun was triggered.

This is all achieved thanks to a nifty new Android control unit that can be connected to any device. Google also announced Android light bulbs which had this control unit built-in, letting you control your home lighting from your Android phone or tablet!

It’s not just lights, though. Google is pushing hard for every home appliance to be Android-controllable, whether this is with the device having Android pre-installed, or by the user connecting an Android controller to the device. It’s this extension of the Android ecosystem beyond phones and tablest and to the entire house that makes this new tech so exciting.

As an example of what can be achieved, Google showed off Project Tungsten. This was a music-streaming HiFi box very similar to Sonos, but with one key difference – it was entirely powered by Android and completely controlled by an Android phione or tablet.

A Tungsten is a futuristic looking gadget that connects to the Internet and your speakers. It’s always connected to the cloud via Music Beta for Google. You Android tablet, for example, can direct tunes to the Tungsten, instructing it to stream music from the cloud and through to the speakers it’s connected to. 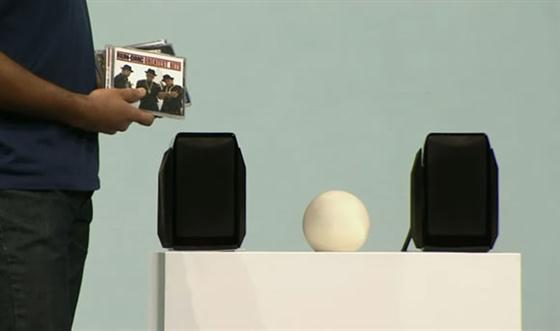 More impressively, Tungsten can also help you rip your tunes from your CDs. Because it can read RFID tags and barcodes, you need only swipe your CD over Tungsten for it to recognise the CD you own and wish to rip. Once you’ve swiped it, it’ll instantly let you stream the tunes contained on the CD from the cloud, and add the artist and other details to your librarary. 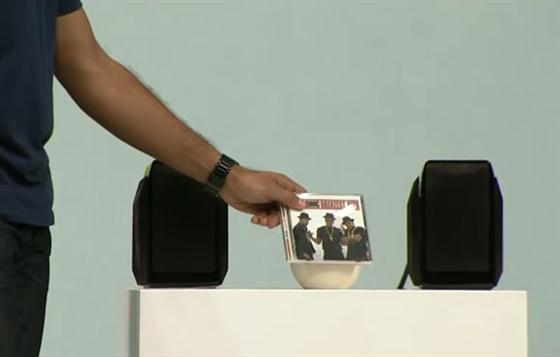 To play your music, just touch the CD onto the Tungsten again and it’ll start streaming straight away.

In ths way, Android@Home has taken the concept of touch as a user interface device away from the phone and extended it to ordinary objects.

Again, Android@Home is completely open and available for anyone to use. If this takes off, your Android phone or tablet will soon be controlling every part of your home, and the mobile phone will be as much a controller as it is a communications device.

What I love about this new tech is that isn’t some far off future prototype – it’s here, now, and available to anyone to develop for, not just large manufacturers. This really could be a game changer inthe world of mobile.

In just over an hour, Google has redefined the future for mobile phones. New version of Android, new forms of user interface, new ways of interacting with the outside world and new media services were all released to an unsuspecting world.

Mobiles have evolved yet again, and it’s great to see the completely open model of Android driving that evolution. I can’t wait to see what some of these new devices will look like.