LG may just have found a fantastic unique selling point for their forthcoming LG Optimus 7 WinPho7 phone that not only sets it apart form other WinPho7 phnes, it also gives it an edge over all other smartphones currently on the market.

A bold claim, but the nifty feature that LG have embedded into the gloriuously-named Optimus 7 is not only super-cool in terms of showing off to your friends, it’s also genuinely useful – and so obvious a use for technology that’s been around for some time now, it makes you wonder why o-one’s thought of it before!

So what is this new feature that LG’s discovered? 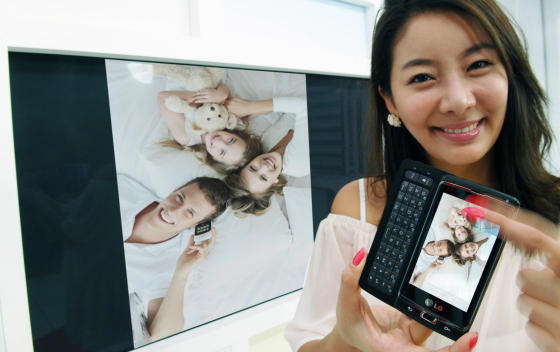 Picture the following scene. You’ve taken a set of photos on your LG Optimus 7 from a wild night out with your mates. You all pile back to yours. “Check these out,” you say to your mates, preparing ot show the amusing, disturbing, and in some cases incriminating set of photos that lie in wait on your phone!

But wait. Rather than pass the phone to your mates individually for them to see the pics, or, worse, hook the phone up to your PC via a USB cable, you instead simply turn on your HDTV, select a photo on your phone, and simply flick the photo at the TV with your finger. In an instant, the photo is there, on your HDTV, for all your mates to see. 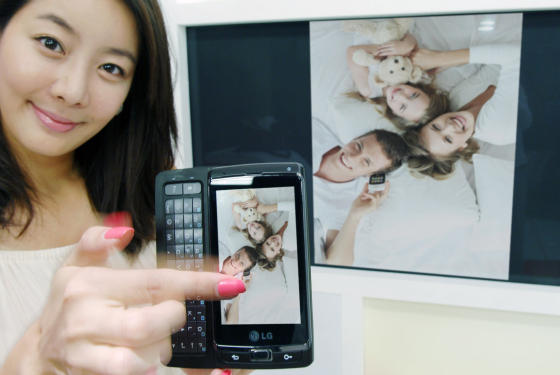 You keep on going, flicking left and right to find the pics you weant to show, and flicking each selected pic at the TV to display it. Your mates are in turn seriously impressed by the super-cool phone you’ve got in your hands and the msgic by which it seems to be sending pics to your telly, and also horrified by the pics you’ve taken og the night’s shenannigans!

Not a bad scene to picture, I’m sure you’ll agree! But is it real, and how have LG done it?

The technology behind the magic

It is indeed real. LG have combined DLNA and the touchscreen abilities of their latest smartphone to create the magic in the scenario I just painted.

DLNA (or Digital Living Network Alliance) is a set of technologies for getting different devices to communicate with each other. DLNA-equipped gadgets can talk to each other and share whatever media each holds. For example, a smartphone can use DLNA to stream music from your PC. 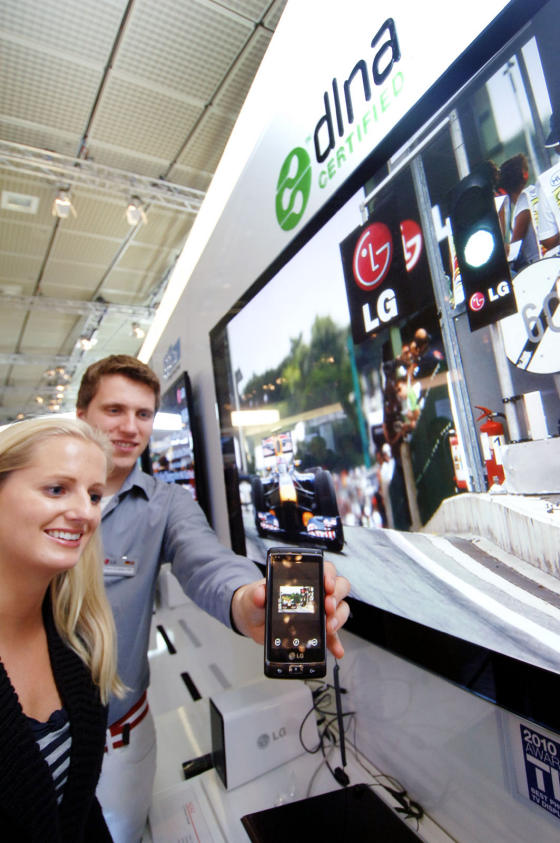 Despite an increasing number of HDTVs being equipped with DLNA recently, and even more being fitted with Internet access as the likes of Apple TV and Google TV begin to transform our TV experience, the process of sharing media between TV and gadgets such as a phone has still been a bit, well, geeky, involving tedious setting up and configuration.

What LG has done is to do away with all that. The Optimus 7 finds your HDTC easily, and the simple flick of the finger is quite possibly the most natural way in the world to swish your pics from your phone to the big screen.

Quite why nobody else has done this before is a mystery as both DLNA and touchscreen smartphones capable of doing this have been around for over three year now!

It’s not just TVs, though – DLNA is available on many technologies, and the LG Optimus 7 is choosy about any particular manufacturer. So you can swish your photos and your videos to your TV or your PC with the flick of a finger, or swish your tunes from your phone to your home theatre, and all directly from the gallery or music app on your phone.

It’s rare that LG scores a usability first, but in this, I think they’ve done it. If it works as well as they claim, then they might just have invented the future as we all thought it would be in the 2st Century!

Now all we need is for someone to invent flying cars!