If you were any doubt about the power of NVIDIA’s new dual-core smartphone processor, the Tegra2, just check out the performance of the Tegra2-sporting LG optimus 2X and Motorola Atrix 4G phones as they play two different games on the video below.

And don’t forget that not only do the games look great and play even better on the smartphones in the video, you can also play the games on your shiny HDTV as both phones have an HDMI out port. In fact, you can even play the games in multiplayer mode and compete with other players on other smartphones, or even on a PC. 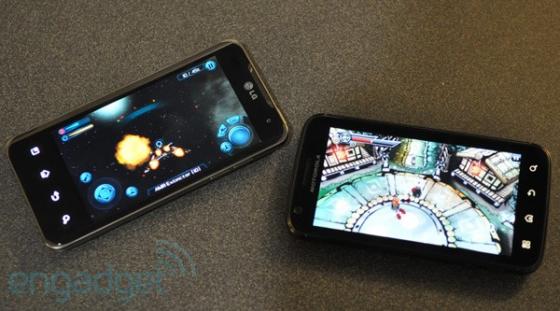