One of the hottest items you can buy this year will be an HDTV. If the switch to digital that’s taking place across the UK doesn’t encourage you, the superb quality of HD and the increasing amount of content for it should. I replaced my old clapped-out analogue TV for a new HDTV this Christmas, and I can honestly say I would never go back – the picture quality is so good, it’s like watching TV for the first time.

But HDTVs are expensive, particularly at this time of year. After spending so much on Christmas, how can you possibly even think of upgrading your TV?

Happily, that’s where the online mobile phone companies come in. It’s New Year, which means New Years sales, and one of the things they’re really pushing this year is…HDTVs!

That’s right – get a new mobile phone and they’ll throw in a brand new HDTV with the deal for absolutely nothing! 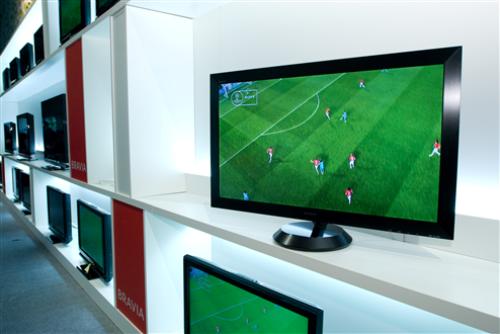 By now, you’re probably already fed up with winter. The nights are still long, it’s still cold and grey out, and spring seems a long way away. Worse, you’ve still got Christmas to pay for, and you probably never even got the Christmas gift you really wanted (life’s never fair ;)

What if there was a way to make the cold winter months just that little bit more bearable? Not just for you, but for the whole family. A brand new HDTV can actually do that for you. 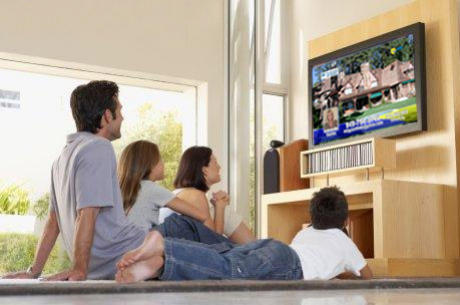 I’m not suggesting HDTV will solve all your winter blues, but trust me, it’ll certainly relieve some of them. Watching football in HD, for example, is like watching a completely different sport to watching it in standard def – it’s like actually being at the stadium, and makes winter weekends much more enjoyable.

Films, too, become much more involving, while games on the XBox 360 and PS3 literally leap out at you. It won’t help you out of bed on a cold winter’s day, but it’ll make the long winter evenings much more enjoyable!

And it’s all available to you right now, for free, thanks to the online mobile stores.

Of course, you want a good mobile phone and a good HDTV with the deal – you don’t just want any old gadget. So to help you, I’ve picked the best phone + HDTV deals that are currently on the market. These deals should be good throughout January and in many cases, the extra VAT will have been paid by the online store (though check to make sure).

Phones with a free 42″ Plasma HDTV

Sony Ericsson Zylo + Samsung PS42C450B 42″ Plasma TV
If it’s a great HDTV you’re looking for, then this deal is for you. The Samsung PS42C450B is a 42″ plasma TV that’s very very new. It’s got everything you need from a quality Plasma HDTV – 600Hz for super-smooth motion, dark blacks for extra contrast, super-fast response time that makes gaming a treat, and even a USB slot for viewing your photos on your nice shiny Plasma. 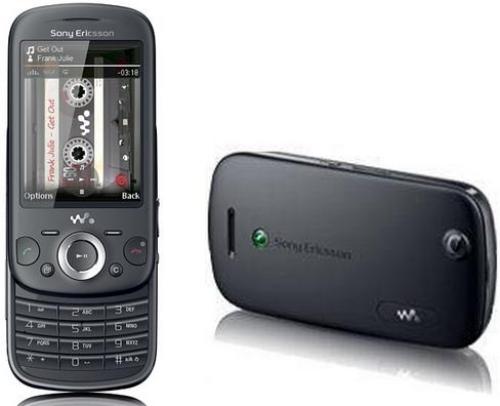 A great phone to complement this deal is the Sony Ericsson Zylo. It’s one of the company’s famed Walkman phones, and the image you see isn’t a cassette tape, it’s one of the superb visuals for the phone’s MP3 app. It’s a great little music phone that your kids will love, and you’ll love even more as it comes with its very own 42″ plasma TV!

Nokia C3 + Samsung PS42C450B 42″ Plasma TV
If you want something a bit more business-oriented than the Zylo, then this might be the deal for you. It’s the same 42″ Plasma on offer, but this time with a Nokia C3 business phone. The Nokia C3 features the brand new Symbian^3 OS, and has been on sale for just over a month, so you’re not only getting a cracking TV, you’re getting a brand new phone too that you won’t be too embarrassed to take out at work! 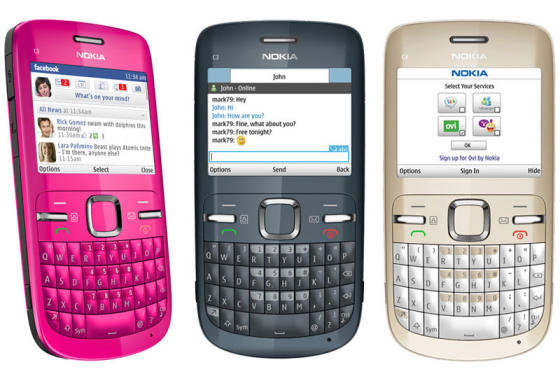 Check out the Nokia C3 and Samsung Plasma HDTV deals >>
(Tip: Select “Nokia C3” from the first Pull Down menu)

The following deals all come with a free 37″ LCD TV, which is the perfect balance between screen size and cost. 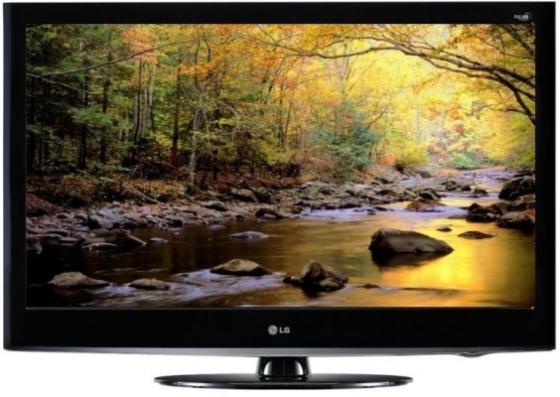 LG GT540 Optimus Swift Android phone + LG LD420 LCD TV
The LG Optimus Swift is a great little Android phone. It doesn’t have all the bells and whistles of the flagship phones such as the Samsung Galaxy S, but it’s perfect as a smartphone, and offers the full Android experience, complete with hundreds of thousands of downloadable apps, Google Maps, Web browsing and all the social media you can handle! 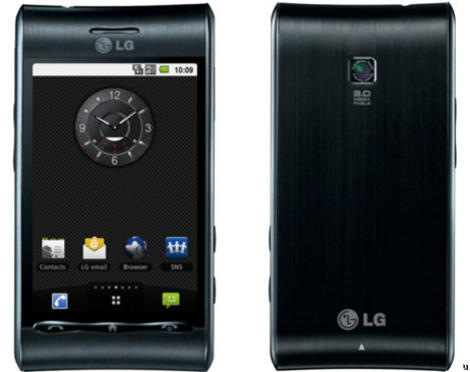 This deal is currently on offer from Beepy, an online store with an excellent reputation that’s much better than the look of their Web site!

Check out the LG Optimus Swift and LG HDTV deals >>

Samsung S5230 Tocco Lite + LG LD420 LCD TV
The same HDTV is on offer over at AffordableMobiles (who have a much nicer site!). Again, they have many phones with this deal, but the one I’ve picked out is the Samsung Tocco Lite. It’s a budget phone, but it’s got a touchscreen and is actually rather capable. Best of all, though, because the phone is a bit old, the combination of phone and deal is very cheap.

Check out the Samsung Tocco and LG HDTV deals >>

It’s fast, too, and despite being small, it’s as capable a smartphone as any you’ll find in the Android range. 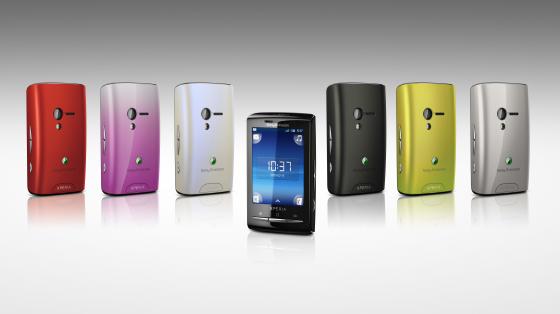 The HDTV in this deal is the Samsung LE32C450, a 32″ 1080p full HD TV with Freeview digital tuner and a range of HDMI and SCART inputs. Samsung makes HDTVs that look great, both with the quality of the picture, and as a piece of furniture, whether for the lounge or the bedroom.

But all work and no play is not fun, so combine the two with this superb deal, featuring the same Samsung LCD TV as the Xperia Mini deal above.

Check out the BlackBerry Curve and Samsung LCD TV deals >>

Samsung Galaxy S + Toshiba 32KV500B 32″ LCD TV
The Samsung Galaxy S was the second best Android phone of 2010, and is a superb beast of a smartphone that’s still runnin gwith the big boys in the smartphone world. This deal offers a Samsung Galaxy S Clearance phone – i.e. one that’s been returned because it wasn’t wanted – making the whole deal of top-notch (and unused!) phone and LCD TV ridiculously cheap!

The HDTV in question is the Toshiba 32KV500B 32″ LCD TV. It’s a 720p HDTV, so not quite full HD, but with its twin HDMI inputs plus a PC input, it’s perfect for the bedroom or for playing games on.

See the whole range of 32″ LCD TV deals
If the phones in this list aren’t for you, don’t worry – there are dozens of others on offer. Just follow the links:

Links to all the free HDTV deals

These have been just the deals I think are the best, in terms of the quality of the phone, the TV, and the overall price. They may not be right for you, though, so if you’re looking for a better free HDTV + phone deal, here are the links that’ll take you straight to the free HDTV deals for the major online stores: 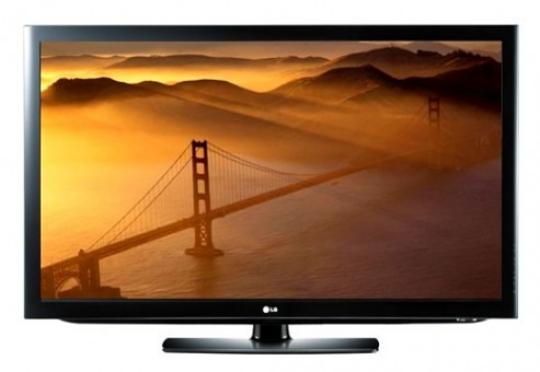