Samsung has been showing off its new Samsung Galaxy Tab 8.9 tablet at CTIA 2011, a new, smaller version of the now-thinner Galaxy Tab 10.1. Handily, Samsung is naming its tablets after the size of the screen, so the Tab 8.9 obviously has an 8.9″ screen!

Samsung had previously stated that it would be releasing a variety of tablets with different screen sizes, simply because although it assumes 10.1″ is the optimal size, nobody is quite sure, and it’s better to let the market be the ultimate decider! So the new Tab 8.9 is the first tablet to give the market more choice outside of the current 10.1″ size shared by the likes of the Galaxy Tab 10.1 and the Motorola Xoom, and the 7″ size of the original Galaxy Tab and HTC Flyer. 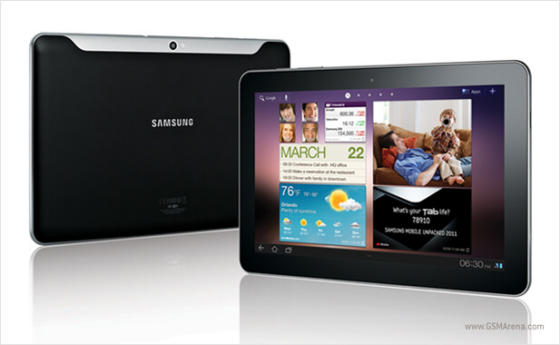 Regarding features, the Galaxy Tab 8.9 has pretty much exactly the same set as the Galaxy Tab 10.1. The only difference really is in the size of the screen. So if you buy either tablets, this is what you can expect:

It’s a great set of features that should make the Galaxy Tab an excellent device to use. The only question is which version do you get – the 10.1″ or 8.9″?

The Samsung Galaxy Tab 8.9 release date is set for “early summer”, priced $469 for the 16GB Wi-Fi only version.