HTC has clearly decided that CTIA 2011 is the event it wants to showcase all its best kit this year, as it’s also been showing off its new HTC HD7S Windows Phone 7 device. Just like its range of S-class devices that it launched at MWC last month, the HD7S is only a slight upgrade from the original HD7.

In fact, the only difference seems to be the new SuperLCD screen technology that HTC is using, which provides greater contrast and a richer picture, and a version of Windows Phone 7 with the “NoDo” update on it (short for “No Donuts”, and a minro upgrade that Microsoft still hasn’t managed to roll out to all Windows Phone 7 phones yet, six months after their initial launch). 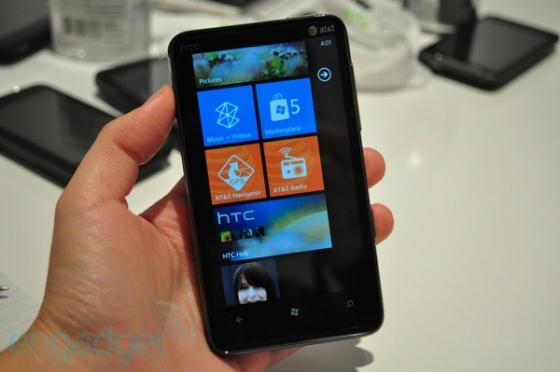 Given how minor an upgrade the HD7 is, is it worth a big long blog post?