HP has jsut done what nobody expected the company to be actually capable of doing: it’s created the world’s cutest smartphone! The HP Veer is a tiny webOS-based smartphone witha 2.6″ screen that’s about the same size as a credit card (though naturally a little thicker!)

Inside this little beastie is the inevitable Snapdragon processor running at 800MHz, and because it has far fewer pixels to drive tha many other smartphones, the Veer runs amazingly smoothly.

Most impressive of all, though, is the tiny slide-out QWERTY keybaord. This has to be seen to be believed, but apparently, it’s actually usuable, even by people with human-sized hands! 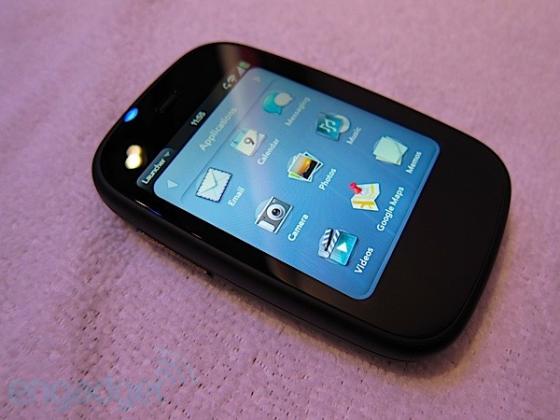 All hail HP, the unlikeliest saviour of webOS!

HP bought Palm nearly a year ago primarily for the webOS mobile OS that Palm had created. When webOS was first revealed, it won huge critical acclaim, but Palm was unable to capitalise on its success as it didn’t have the resources to compete with the likes of iPhone and Android.

HP does. Not only that, but it’s got deep pockets, technical prowess and some true innovation on its side, all of which has helped it bring webOS back to life in a way that many thought impossible. 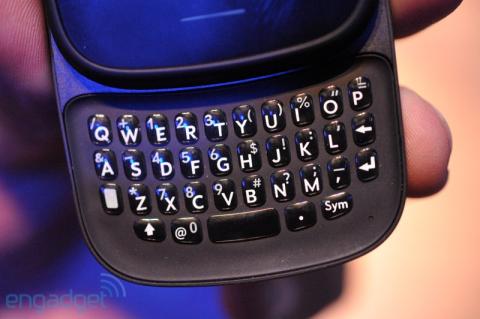 The Veer is a genuinely credible alternative to iPhone and Android, and you can’t help but think of Nokia CEO Stephen Elop crying into his coffee at the missed opportunity his predecessor watched sail past as HP bought Palm when Nokia had the cash to do so itself.

OK, enough of the waffle, here’s the HP Veer in action.