After all the rumours, the truth is finally out: Nokia has bitten the bullet and has chosen Microsoft’s Windows Phone 7 as its platform for future smartphones. In what looks like a scorched earth policy, Symbian is dead, MeeGo has no future, and Nokia itself has tethered itself ao tightly to Microsoft that if Windows Phone 7 fails, then Nokia itself might just fail too.

The announcement marks a huge shift in strategy for the proud Finnish company, one that has seen an ex-Microsoftie (Stephen Elop) take-over as CEO, Microsoft’s Windows Phone 7 platform, Bing search engine and app store take over from Nokia’s own software, and Microsoft paying Nokia hundreds of millions of dollars as an incentive to switch to WinPho7.

With all this Microsoft-ness, then, the question has to be asked – did Microsoft just takeover Nokia withou anyone noticing?! 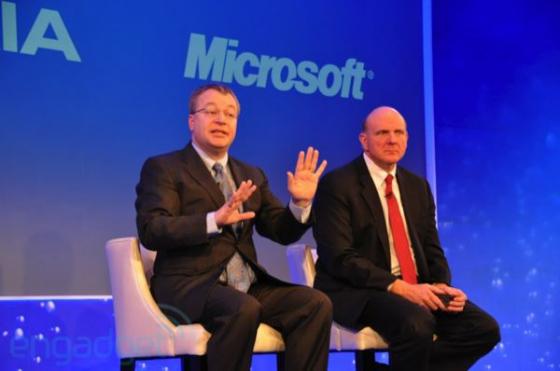 The meat of the new deal

Before we answer that, let’s look at what was announced today by Nokia and Microsoft’s CEOs.

The key points of this announcement are:

Nokia and Microsoft are entering into a strategic alliance that will build a global ecosystem with “great mobile products” – hardware, software, apps, services – the whole thing.
Nokia will adopt Windows Phone as its primary smartphone strategy, helping to drive the future of the platform, and developing phones at all price points and selling them across the world.
It gives Nokia a faster path to the US marketplace.
Microsoft gets access to a huge number of mobile devices, and a faster path to global markets, not forgetting the opportunity of putting Bing, XBox and Office on millions of more devices.
Developers get access to Microsoft’s tools to create apps for Nokia’s phones, which must be a huge relief, as Symbian is a bitch to develop software for!

But that’s only touching the surface of today’s announcement. Going into more detail, this is what the new alliance means for Nokia: 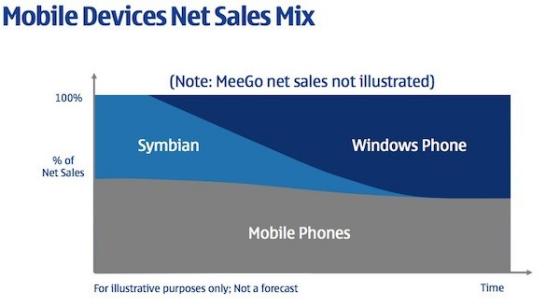 As I say, it’s a scorched earth policy, with very little of Nokia’s own software remaining. Given the state of Nokia’s software, though, perhaps that’s no bad thing!

But let’s look at this from Microsoft’s perspective.

Microsoft now has a strategic alliance with a huge mobile device manufacturer, one with excellent links with the world’s mobile network operators and retail distribution chains.
It has its new (and under-performing, sales-wise) mobile OS soon to appear on millions of new devices.
It has a guaranteed commitment of thousands of new talented software engineers developing apps and other software for its new mobile OS.
It has one if its own – Stephen Elop – as CEO of Nokia.
It gets to use Nokia’s mapping technology, powered by Navteq, across its existing Web-based services and products
It gets to put Office and XBox on millions of new mobile devices
It’s paid hundreds of millions of dollars for all of this to happen
It’s killed off one of its competitor’s own competing software platform and brought all of that company’s customers over to its own platform in one fell swoop

Seriously, how is this not a take-over?! Think about when HP bought Palm last year. They paid $1 billion for Palm and have now released a set of devices powered by Palm’s webOS mobile platform. HP gets to use Palm’s technology, gets to put the HP brand in front of millions of new consumers, and has one of its own as the head of the webOS platform.

In other words, the only difference between HP buying Palm and Nokia and Microsoft merging is that Nokia gets to retain its own name!

This is a sad day for the Finnish company. If this alliance succeeds, then Microsoft will eventually buy Nokia. If it fails, then it’s the end of Nokia. Either way, it doesn’t look too good for an independent Nokia, and the fact that Nokia’s shares have slid 12% today since this announcement was made shows that the stock market doesn’t exactly like it much either.

So you can imagine how Nokia fans are feeling about the announcement. As Doraemon succinctly put it on AllAboutSymbian:

“I feel betrayed by Nokia. After all those times spent defending Nokia, Symbian, and MeeGo, how great Qt is, how great Symbian is, how great MeeGo will be, … and this is what I get. :( And what’s the point of buying Nokia over other WP7 phones? Not to mention between Android & WP7, I rather go with Android — of course, I prefer Symbian over both Android & WP7 and I was eagerly awaiting for MeeGo, but now this. Shame on you Nokia, shame on you!”

We’ll just have to see if that’s how the rest of the world feels once the first Nokia Windows Phone hits the market.

[Source: TechCrunch, and quite possibly the whole Web!]