The iPhone 5 will apparently not now come with NFC, the contactless technology in devices such as the Google Nexus S, the Oyster Card and your debit card that lets you make contactless payments just by swiping the device over a reader.

According to the latest rumours from the UK’s Independent newspaper, Apple is “…concerned by the lack of a clear standard across the industry”, which is basic industry waffle to divert attention from the fact that Apple is working on its own technology that will work via iTunes! 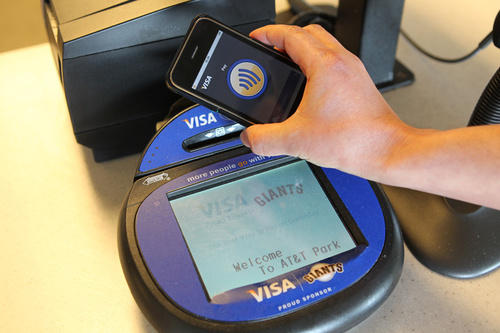 Google vs Apple Round 56

It’s yet another battle in the war between Apple and Google. Both see contactless payments via mobile phone as being an inevitable part of the future, but they clearly disagree on how this can be enabled.

Google has adopted the existing NFC standard, which has been around for a while, is completely open, and lets devices make payments or interact with physical objects in any way they like entirely independently of Google.

Apple’s approach, meanwhile, is to create their own technology that would only work with the iPhone and iPad, and which would require the user to make the payment via an iTunes account. In other words, not only would you need an Apple device to buy your coffee, you’d also be giving Apple a share of the money each and every time you paid.

I know this might appeal to some Apple Fanboys, who’d quite happily gift their entire salary to the company (come to think of it, they probably do just in the sheer amount of Apple tech they buy!), but I just don’t see how this going to be viable. For contactless payments to work, both mobile phone manufacturers and retailers need to agree on exactly the type of technology to be deployed.

Who’s going to agree to technology that only works with one type of device from one company?

And I really do worry that Apple is starting to get even more arrogant. Not content with co-opting virtually the enitre music industry’s profits, it’s now making a play for all financial transactions in the high street?!

I’m not convinced. If this is Apple’s plan, it’s a step too far. Let’s just hope it’s all just rumour that comes to nothing.