If you’re thinking of developing a mobile app, there’s one critical decision that you face before you even begin to write a line of code – which platform do you write for? Apart from the Big Three (iPhone, Android and Blackberry), you’ve also got the niche platforms to consider, such as Symbian, Samsung’s Bada, and even Microsoft’s Windows Phone.

All of these platforms are completely different. You can’t just write code for the iPhone and expect it to work on Android – you need to completely rewrite the whole code. You could use middleware such as PhoneGap or Appcelerator’s Titanium, but that’s getting too teccie for this discussion!

My point is that choosing your platform carefully is a crucial business decision, but as I’ll show, it’s one in which a lot of app developers are focusing on the wrong criteria. 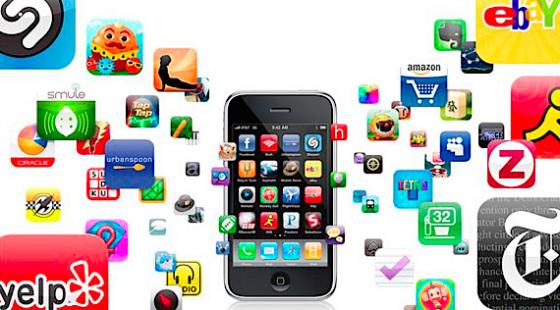 Let’s take MoneySupermaket as an example. They’ve just launched a new Car Insurance App that lets you renew your car insurance in just 3 taps (allegedly! From my experience, insurance comparison Websites never work as easily as they promise).

The app lets you search from a pletora of insurance companies and either purchase the insurance you want, or phone the insurer.

It’s a straightforward, nice and simple app that saves you time (I can’t vouch for the saving you money bit!). It could have been developed for any mobile platform, as it doesn’t use any of the smartphone’s more proprietary features. as it happens, MoneySupermarket have chosen to develop it for the iPhone and only the iPhone at the moment.

The question is – is that the right decision?

With any business decision, you need to consider your target market, and it’s no different with mobile platforms. Is your app aimed at young people? Business professionals? Your every day man and woman on the street? Identify your market first and then decide on your platform.

For example, Blackberry is still the phone of choice for business professionals, but this is largely because of past habits. The iPhone is increasingly penetrating the world of business and so if you want to target businesspeople, Blackberry is a safe option now, but may not be in a year or two’s time.

The iPhone is the phone for creatives, Apple fanboys, people who want a smartphone but don’t want to do any research on which is the best one (it’s a safe phone to choose), and people who spend a lot of money on their phone. It’s not generally the phone of the youth, nor of people who need to save money.

In other words, if you’re targeting everyone, you’ll choose Android.

So who are MoneySupermarket targeting? Presumably, if their TV ads are anything to go by, your average person on the street who’s looking to save a bit of cash. That’s not really your average iPhone user!

So why did they choose to launch their app on the iPhone first rather than Android, which would better represent their target market?

Android is dominant, but not its apps

It turns out that this is a common pattern at the moment. Despite Android being the most popular platform, the iPhone is always the platform on which apps are developed first for.

The reasons are obvious: Android apps are difficult to monetize, making iPhone apps more profitable; Android is fragmented, so you never know what phone your app is going to be running on; and the iPhone is the safe choice, as even managers who commission such apps have heard of it!

I do believe all of this will change in the near future as Android grows up and its apps market matures.