I complained the other day about the fact that the iPhone seems to have more apps developed for it than Android. Even if Android has the same app as the iPhone, the Android app seems to have limited features. This is annoying.

Not only is this annoying, it’s also a worrying trend, as it ultimately means the usefulness of Android is going to lag somewhat behind that of the iPhone.

This is already the case with the iPad, which has so many more great quality apps compared to the Android tablets that there really is no contest between them (loathe though I am to admit this). 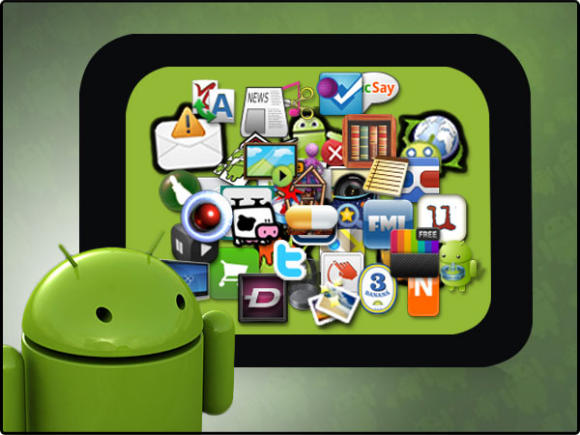 But let’s stick for the moment with smartphone apps; specifically, iPhone apps versus Android apps. Take, as a rather arbitrary example, an app by City Index, which lets you bring the world to its knees.

It lets you take part in spread betting, CFD trading and all sorts of other nefarious share-trading schemes that led to the global collapse that we see happening all around us. Yes, you can now do all of this from your smartphone!

Scary as this may seem, though, what I want to focus on is the fact that the City Index app for the iPhone is actually better than the same app for Android. Both apps do mostly the same thing, but the iPhone app also has the addition of the latest Dow Jones news, which the Android app does not.

Why on earth would this be the case? Why, if you’re producing the same app for different phone platforms, would you choose to leave off a feature from one paltform when that feature isn’t necessarily all that difficult to code?

The reason I believe is simply that iPhone apps are designed first, whereas Android is always the platform that apps get ported to. Porting an existing app to a new platform is never as exciting or as sexy as creating a new app from scratch in the beginning.

This means that no matter how careful or fastidious the coder, porting the app is going to be seen as a chore. What do you do with a chore? You take shortcuts; in this case you remove certain features that really aren’t seen as necessary.

Now this isn’t a new trend by any stretch the imagination, but it is rather annoying. Worse, platforms live or die based on developer support; this is the case in the PC world and the games console world, and it will still be the case on the phone world.

So just because Android is dominant now doesn’t mean it will be in the future. You only need to look at Nokia’s Symbian to see what history itself has to say about a once mighty dominant platform suddenly crumbling because of lack of developer support.

Let’s hope, therefore, that 2012 brings with it a plethora of new grade A apps for Android, none of which are ports from the iPhone, but all of which are brand-new, freshly created for Android first, genuinely useful and ultimately seriously cool apps that make the Android platform shine as much as the hardware and the Android operating system itself do.

Android developers – rise up and give the world what it’s waiting for!