Regular readers will have noticed things have been a bit quiet around here lately due to a variety of changing circumstances. Happily, I’m back now, though.

So, did I miss anything?!

Seriously, of all the months for me to be out of action, this was not the one to choose! First Google buying Motorola, then HP killing off webOS and any last remnant of Palm, and ending with the announcement of Steve Jobs’s resignation as CEO of Apple – this really has been the mother of all months for mobile news.

Indeed, any one of these announcements is as big an event as Nokia abandoning Symbian and jumping into bed with Microsoft, but collectively, and coming all at once, it marks a sea change in the mobile phone industry. Seismic, even, and one that will have ramifications for years to come. 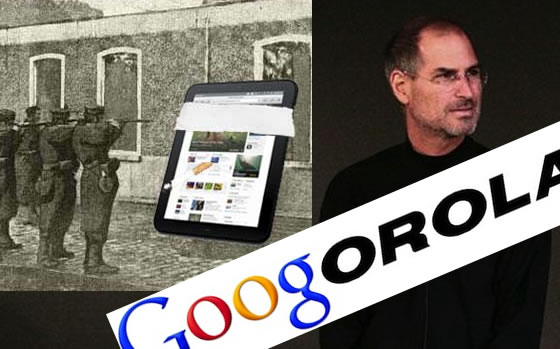 Apple in the years to come

Aside from his legendary perfectionism, his uncanny gift for seeing – and disrupting – the future, his reality-field level of charisma and his spell-binding presentations – aside from all of that, perhaps the biggest thing that Steve Jobs gave Apple was the ultimate stick with which to beat suppliers.

Legend tells of Apple employees being able to negotiate, either in terms of price or by extracting enhanced features at the suppliers expense, simply by looking the supplier in the eye and saying “do you think Steve’s going to like that? Do you want me to phone him? Do you?”

Both the supplier and the Apple negotiator knew that Steve would not like it and that there was no point in arguing. The supplier would inevitably back down. Steve gave the company an edge, he gave it balls, he was the dog whose bark really was as bad as its bite, and everyone knew it. 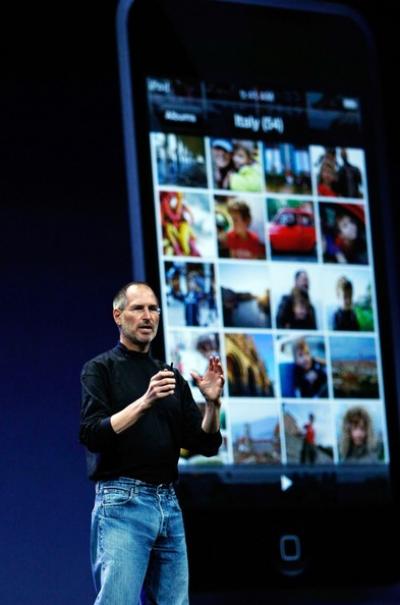 But that’s not going to stop Apple making amazing products still. Amazing people still work there, not just Steve Jobs. Apple, as the most valuable company on earth, is not exactly going to disappear overnight.

The iPhone 5, the iPad 3, and their successors, will still roll out as planned and will still delight and surprise. The real test for Apple will be whether they can maintain the magic that Jobs gave Apple and its devices. Whether people will still see Apple devices as magical, or whether they’ll become commodities like other gadgets, such as PCs.

The true test for Apple, then, comes in 2013 when the first generation of Jobs-less devices are launched, with no input from Steve and no Steve magic to sell them.

More immediately, the real danger now to both Apple and the mobile market in general is for Apple to turn in on itself, to stagnate, and become the world’s biggest patent-troll, which it’s currently in real danger of doing, stifling innovation and competition, and resting on its technological laurels.

This increasing use of patent litigation rather than innovation as a way to beat the competition was the reason Google bought Motorola – which itself is another seismic shift in the mobile industry.

So let’s take a look at Googorola!

Google, fearing increasing legal challenges against Android, buys Motorola for $12.5 billion. It was a move suspected by some, but nobody really thought the company would do it.

And then it did! 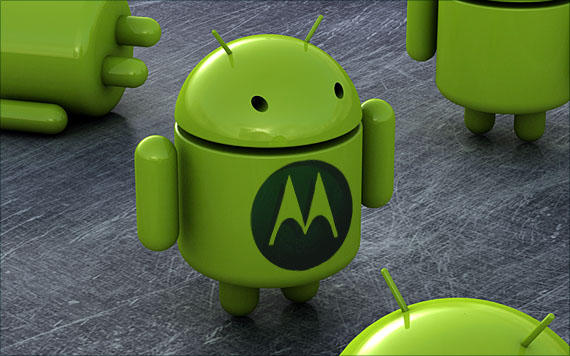 At a stroke, Google took on 29,000 employees and got itself knee-deep in the hardware business. Everyone threw in their opinion on the merits of the deal, but in the short-term, nothing much will change.

HTC, Samsung and the other Android players aren’t going to switch from Android. Where would they go? Microsoft’s Windows 7? When Microsoft, not exactly know for its open attitude, has already said it’ll give Nokia preferential treatment? When there’s no ability to customize the OS and so differentiate their phones from the competition?

Like the PC business before it, there are now only two players in the mobile space – Apple’s iOS and Android. Microsoft’s Windows Phone 7 is the only alternative, but it’s locked too tightly to Nokia. No other manufacturer now has the clout to compete with iOS or Android, and so there’s no point in wasting resources in trying to.

Sure, Samsung has its own Bada platform, but that’s being used as a cheap platform for emerging markets and a few mid-range feature phones elsewhere – neither of which are where the profits are.

So if you’re a mobile manufacturer who wants to differentiate your phones form the competition, your only chance of taking on Apple’s iPhone lies with Android.

HP learned this the hard way after spending over $1 billion on Palm and its webOS platform to “out-Apple Apple”, only to realise that this was not only foolish, it was nearly suicidal. 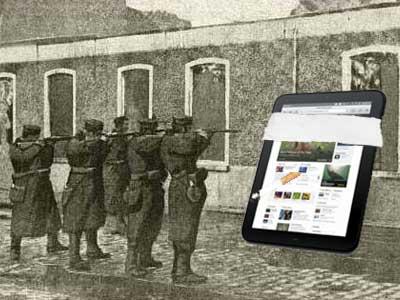 Quite how the gloriously-named Leo Apotheker managed to compound this strategic error with yet another one by pulling the HP Touchpad from sale just 7 weeks after it launched in what must be the most rapid loss of confidence in a company’s own product of all time, just beggars belief.

So Android will be the platform of choice for the majority of non-Apple competitors, leaving Microsoft to go it alone, with Nokia its humble (and increasingly lonely) servant.

How Google will benefit from its Motorola purchase

What Motorola gives Google is a real opportunity to experiment in the mobile arena. Not just with software, but with hardware for the first time. NFC, mobile payments, home entertainment, Sat-Nav, home automation – these are all areas that Google has a stake in, and which Motorola sells products for. There’s much more synergy between the two company’s strategic goals than people think, even if at first a search engine company and a mobile manufacturer look like very different bed fellows.

It also gives Google a chance to out-flank Facebook. With a plethora of new Facebook phones coming out, Google can ensure that Google Circles isn’t left behind in the mobile space by releasing special Circles phones that directly compete, and tell the world beyond the technorati that there really is an alternative to Facebook.

There’s one other crucial point about the Google/Motorola deal that most other pundits seem to have missed – corporate culture.

When one company takes over another, the sticking point is always the merging of the two separate corporate cultures. In particular, if the takeover is hostile or universally disliked, it can lead to many employees leaving, and a merged company that’s riven with internal divisions.

So in terms of corporate culture, the Google/Motorola deal looks like it should be an easy win.

For Microsoft and Nokia, though, things will be a lot tougher. Finland as a country is not a Microsoft fan, not just because of the company’s tactics and buggy software, but because thanks to Linus Torvalds – a Finn – Linux is a Finnish operating system!

To the uber-geek, Linux is the Microsoft antidote. Nokia’s Linux-based MeeGo was the perfect operating system for a country rightfully proud of the technology it had built.

To see Microsoft not only replace their beloved operating system, but to virtually take-over their country’s leading company as well, is sickening to the Finns. It’s as bad for the Finns as the US company Kraft, makers of dodgy plastic cheese, taking over the UK’s Cadbury, purveyors of fine chocolate, was to us Brits.

In 2012, things really will be different. We’ll start to see the fruits of the Googorola partnership emerge. Google TV might actually be a hit, Android’s home automation plan, first shown off at Google I/O in May earlier this year has more a of a chance of succeeding with Motorola on hand to develop products for it, while Android itself as a mobile platform could suddenly race ahead in unexpected new directions as the Android software team and Motorola hardware team really start to work together. 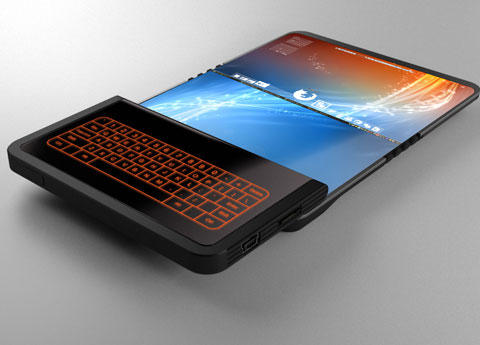 HTC and Samsung will be forced to raise their game even higher, but this could just mean that Googorola produces the risky innovative products that may or may not work all that well, while HTC and Samsung produce the great user experiences that might not be as innovative, but which definitely work and are huge commercial successes.

Sony Ericsson, meanwhile, is currently forging its own path as a maker of niche phones, while LG continues to believe in gimmicks such as 3D. These strategies are unlikely to change, as neither are in a position to compete with HTC or Samsung.

Perhaps the biggest unknown is Nokia and the market’s response to the new Windows Phone 7 Nokia device. My guess is there will be initial interest followed by reasonable commercial success, but that by the end of 2012, Microsoft will have taken over Nokia at a bargain price.

Microsoft will then continue selling Windows Phone 7 devices through the Nokia brand, but no-one, ultimately, will buy them!

Which just leaves Apple. The iPhone 5 will be released in October this year, probably with the iPad3 at the same time. It will Steve’s last hurrah. My bet is he’ll be there presenting both devices along with Tim Cook in a symbolic handing over ceremony, and as Steve’s final “just one more thing…” 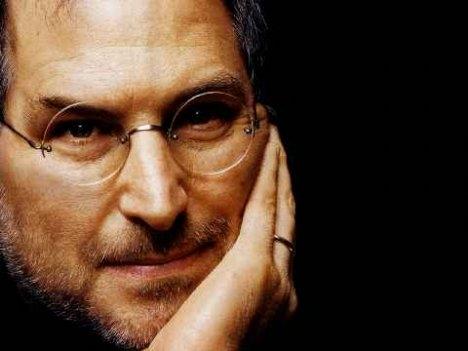 It’ll be a fantastic way to bow out. And after disrupting the PC industry twice, the mobile industry, the laptop, music, animation and software industries, and creating the world’s most valuable company along the way, it really is leaving on a high.

OK, that’s my opinion – now, what do you think? How are this year’s big changes going to shake up the mobile market?