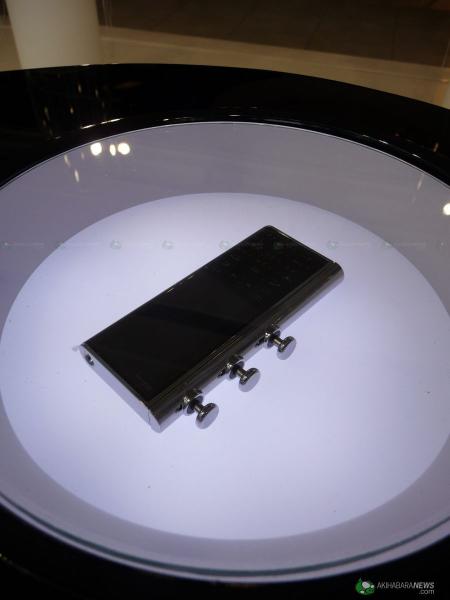 If you thought Sony Ericsson had the lead in music phones, think again, as Yamaha have developed several prototype music phones that don’t just play MP3s: they let you create your own tunes as well!

Yamaha are well known in the music trade for developing synthesizers and other musical instruments, so it seems only natural that the company,when asked by Japanese carrier KDDI to develop some phone prototypes, should come up with the synthesizer phone.

Come to think of it, it seems such a natural concept that I can’t believe no-one’s thought of it before! There are all manner of DJ and synth-box units you can use with an iPod, which, as the iPhone has proved, is just a mobile phone without the phone, so why not extend the concept and let your phone help you create music ?

More details of Yamaha’s concept music phones after the jump.

Yamaha produced no less than six different concepts for KDDI.

Yamaha Band In My Pocket 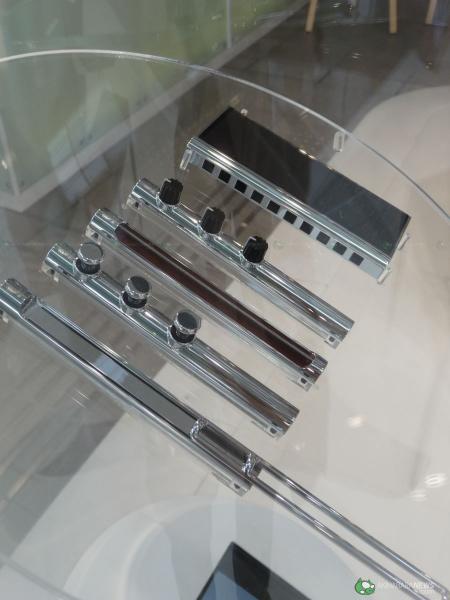 The Yamaha “Band in my Pocket” is a fully functional synth, complete with a selection of different modules that snap onto the side of the phone, letting you play your music like a trumpet or bass, or even just like an old analogue synth.

Seeing trumpet keys coming out of the side of a mobile phone is quite possibly the last thing you’d ever expect, even from a gadget as versatile as the mobile – but blimey, does it work! I love the way you can snap on different keys and buttons according to how you prefer to play your music. The twiddling knobs for controlling the internal analogue-esque syth are particularly evocative for old TB-303 acid house lovers (ask your Dad!)

Yamaha Trio in your Hand 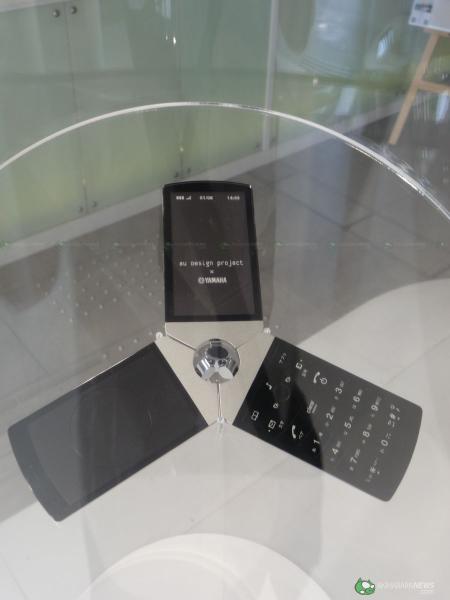 Next up is the Yamaha “Trio in your Hand” (OK, so the names aren’t exactly blinding, but it’s the tech we’re focused on here, people, not the branding!).

This superb looking phone has a novel tri-clamshell design with three faces – the third of which is a scratch pad for DJs to mix their MP3s (much like the Tonium Pacemaker).

It’s stunning to look at, but I’ve no idea how it works, or what actually it looks like when (if?) it’s folded up. This, I think, would be a huge hit with the youngsters (ah, showing my age now!), particularly those who like cool tech rather than the more traditional nerdy tech.

Yamaha Sticks in the Air 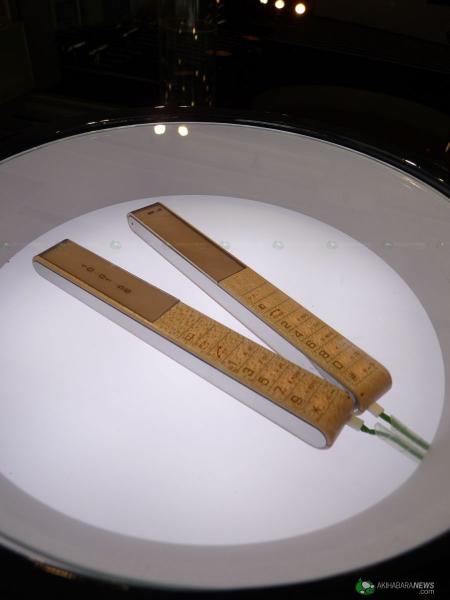 Mobile phone drum sticks! Yes, of course, why did no-one think of this before? Actually, I can think of many reasons, and this is perhaps one of the less successful protoypes! The phone, as you can see, splits in two, with each half representing a drum stick that when waved about in the air, will trigger drum beat events that cause the phone to emit a drum sound.

Interesting idea, but would make you look a bit, well, odd if you do this on the tube! 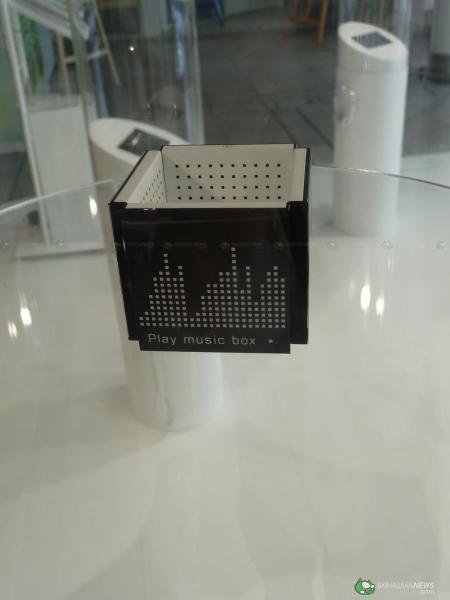 Stretching the boundaries of concept phone just a little too far, the “Box to Play” phone is shaped as a cube, and so is somewhat less than practical in terms of fitting it in your trouser pocket! That said, it’s a novel solution to the age old problem of how to cram too many interfaces and features into one device. 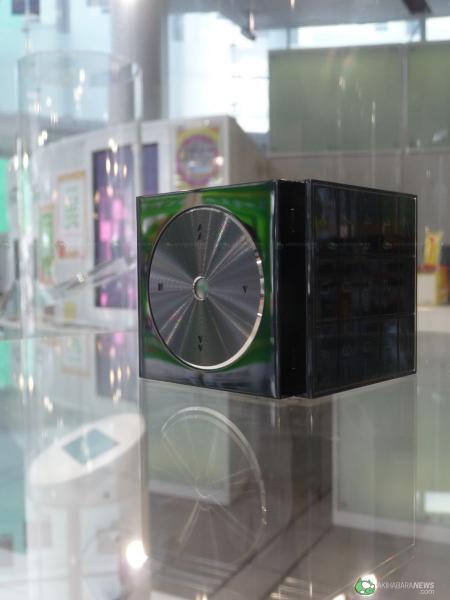 As it’s a cube, the Box to Play has six side with which to play around with – one for a phone keypad, another for a screen, a camera, a DJ scratch wheel (of course!), and the remaining two for speakers.

Looks novel, but I can’t see this going anywhere, particularly when your average phone these days is less than 10mm thin. 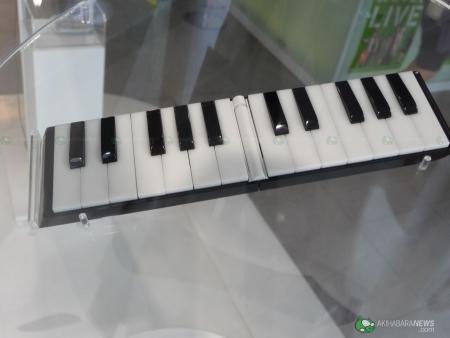 The Key to Touch is an absolute cracker of a design. Open up the clamshell, and rather than a larger screen, you get a two octave keyboard! Again, stunning simplicity and such an obvious design, you wonder why no-one’s thought of it before. There are already all sorts of tiny music boxes that let you craft your own tune while travelling,from allthe major high-tech music companies. Why no-one ever thought to marry them with a mobile phone is beynd me!

I love this design. Imagine your mates’ faces when you open up your new phone to reveal piano keys! A much better idea for killing a few minutes than mobile TV. 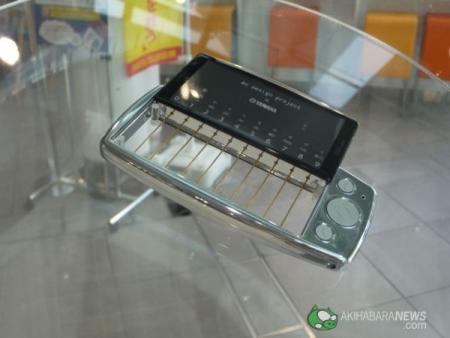 Again, seeing a series of guitar strings hidden behind the screen of a phone is the last thing you’d ever expect. No idea how well this plays, and I’ve a feeling your mates would laugh their heads off rather than go “Wow!” when they saw it, but again, it’s another interesting concept.

Yamaha and KDDI should be warmly congratulated for coming up with some amazing concept designs that aren’t just novel, they scream out to be made! These aren’t just concepts that are designed by fanboys or which blatantly ignore the laws of Physics; they’re a truly novel set of concepts that have explored a genuine gap in the market and which have found a new feature for the mobile phone to play and experiment with – and that’s nothing easy to do these days!

Props go out to Akihabara News as well for bringing these concept phones to our attention.