Back in the heyday of the feature phone, flagship phones such as the Nokia N95 threatened to consume every other consumer electronic device as more and more electronic features were crammed inside them. From watches to cameras to GPS devices and eventually entire Web browsers, mobile phones (and later smartphones) encroached on the territory of every major electronics manufacturer who didn’t already make mobile phones.

But in the last year or so, we’re seeing a new trend that sees the mobile phone essentially consume itself.

What do I mean by this? Well think of Google Glasses or the much-rumoured Apple iWatch. These are not mobile phones, but they offer the features of your phone with one crucial difference – the phone itself is hidden, and you view its user interface via a screen that’s very much separated from the phone itself (beamed onto your retina in the case of Google Glass, or wrapped around your wrist with the iWatch).

Essentially, the phone’s key functionality (the wireless antenna, processor, memory, etc.) is buried in a black slab you never see, while its interface becomes the only visible surface you interact with. 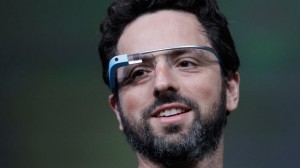 Tablets first started this trend. What is a Nexus 7 but a Nexus 4 with a bigger screen and no phone functionality? Ditto the iPad. If you want connectivity outside of WiFi, you tether your tablet to your phone, thereby turning your phone into a big black slab with functionality while you interact with a very separate screen.

Essentially, the core features of the mobile phone are being left behind, abstracted away into a featureless box that is ultimately becoming more and more commoditized, while the sexy user interface part of it is being separated out into its dedicated device, usually very tiny, with a screen that exists in a very different form factor from that of the traditional slab.

Instead of consuming other devices, such as cameras or GPS units, the mobile phone is therefore literally eating itself. I predict in 5 years’ time, the very notion of a “mobile phone” (or cellphone or whatever you want to call it) will seem as outdated as a fixed-line phone does now. All we’ll be left with is a block box of functionality and a myriad number of screens through which we communicate with our black boxes, and ultimately, our world (both physical and digital).

Interesting times in which we live :)