So the inevitable happened and the world’s least surprising business deal was finally agreed. Microsoft bought Nokia’s devices division for a bargain price of $7.2 billion after Stephen Elop managed to slash $18 billion off Nokia’s total market cap during his tenure as CEO. Now he’s returning to Microsoft once more and is being touted as the front-runner to take over Steve Ballmer as CEO.

Aside from the exact figures and date, I could have written this the exact day that Elop committed Nokia to Windows Phone.

But looking closer at the deal, the true horror of this tech car crash is becoming more and more evident. It’s not just every Nokia fan’s fears that have just become reality – innovation itself has lost out.

The winners and the losers

With this deal, many commentators are declaring Microsoft to have won and Nokia to have lost, but this just isn’t the case at all. At the moment, the only winners are Nokia shareholders, with the shares gaining 31% at the day’s close, but the losers undoubtedly are mobile phone lovers everywhere – not just those loyal to the Nokia brand. 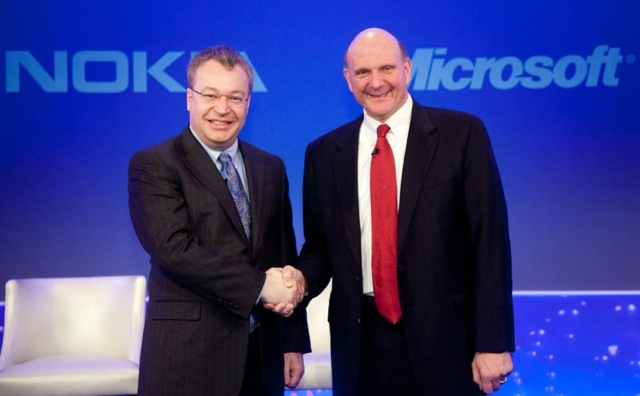 Why? Well for one, Microsoft bought the Nokia phones division but has said it has no interest in marketing phones under the Nokia name. In other words, there will never be another Nokia phone again.

More importantly, though, Microsoft has demonstrated time and time again a woeful, piss-poor pace of innovation.

Nokia’s reliance on Microsoft for the underlying Windows Phone OS has constrained the features of its devices, actively harming its efforts to compete. It was only in July when Nokia Vice-President Bryan Biniak called on Microsoft to up its game and increase its pace of innovation.

In an interview with IBTimes, he said recently

“We are trying to evolve the cultural thinking [at Microsoft] to say ‘time is of the essence.’ Waiting until the end of your fiscal year when you need to close your targets, doesn’t do us any good when I have phones to sell today.”

A case in point is Windows Phone’s lack of support for 1080p video, something that Nokia’s hardware is more than capable of supporting, and which Android phones have had since October 2012. Current rumours have it that it will come with the launch of Windows Phone 8 “sometime in 2014”, by which time Android phones will be capable of displaying 4K video.

The death of innovation

But that’s just one example, and although the lack of 1080p support wasn’t what hampered Nokia’s sales in the end, it was symptomatic of an endemic malaise at Microsoft. It’s just not nimble enough to compete in the smartphone marketplace.

Now if that’s the case when Microsoft only had to focus on developing the software, how is it going to be any more agile when it has to manage the entire supply chain and all the logistical issues inherent in manufacturing and distributing devices as well as develop the OS? Not to mention the 32,000 new employees it has to assimilate. If this was any other market, it could be feasible, but the smartphone market is just too fast-paced to wait for Microsoft to digest its new purchase.

The result will be tired Windows Phone models that will be a year or so behind the competition, forever playing catch-up while locked into a Microsoft-only world that the real world turned its back on 6 years ago at the launch of the first iPhone.

But that’s OK. Microsoft’s rich, and if it doesn’t work out, it can just write off its purchase of Nokia as if it never happened and still make a profit. You know, just like it did with its $6 billion acquisition of aQuantive last year. Or the $900 million it wrote off on the millions of Windows Surface tablets it never sold, the $240 million it wrote off for ridiculous Kin ‘smartphones’, or the $9 billion Bing has cost it without once turning a profit.

My point isn’t that Microsoft always does badly – in all of these cases, it not only swallowed the loss, it still made a fantastic annual profit. My point is that Microsoft is really bad at innovating its own technology and really bad at exploiting technology it buys in, yet has the financial muscle to just shrug its shoulders and write off the loss if things go wrong. It doesn’t have to care, and very probably won’t.

Now with that in mind, what of the future for Nokia’s once mighty phones division? Already the brand is dead. No more Nokia smartphones, no more Nokia innovation. Is all that’s left the long distant memories of Nokia’s ringtone?

So who really won?

So with all that said, who really won in this deal? In short, no-one. It certainly wasn’t Nokia, which still survives as a separate network services and geolocation company, but in a much diminished form and one forbidden from making mobile phones by the terms of the deal. It wasn’t Microsoft, which will continue pouring money into a marketplace it knows it has to do well in, but in which it never will in its current form, with Nokia or without. And it certainly won’t be us, the users and smartphone lovers, who’ve lost an innovative icon, which lost its way and ultimately just shrivelled up and died.

The only winner I can think of is Stephen Elop, who gets a shiny new job, returns back to the US just before the harsh Finnish winter sets in, and is the front-runner for taking over as CEO at Microsoft. Not bad for a day’s work, Stephen! Just maybe don’t shout about it too much to the 32,000 Nokians whose future and the future of the company they love, now seems as bleak as the winter they face.