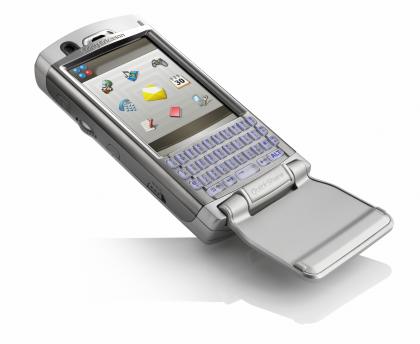 Smartphones have become increasingly useful, so much so that I’m after for myself, and so I’ve been doing a bit of research into the market. What I’ve noticed, though, is that despite knowing exactly what I want from a smartphone, there aren’t actually that many that give me what I’m after.

The following smartphone article, then, is a brief discussion of what I’m after, and then one or two rants on why the smartphone market isn’t serving us users as well as it should! Oh, and I’ll also be talking about the two possible contenders that might, just might, give me exactly what I need.

Before continuing, it’s worth defining what I mean by a smartphone.

A smartphone is generally seen as an intelligent phone with many features. A Nokia N95 is a smartphone, for example, as is most of the rest of the Nokia N-Series. So, too, is the Apple iPhone.

However, undoubtedly smart though they are, they can’t really be called smartphones in my book, as they have no keyboard. What I’m thinking of for a smartphone is an extension of the old PDA – something that you can use as an extension of your desktop for when you’re not in range of your PC.

In contrast, smartphones with office applications and a full keyboard really are smartphones, as you can read and edit your office documents, write email, browse the Web, and do a whole range of desktop-related activities with them. These are what I think of as smartphones – the true descendants of the PDA. 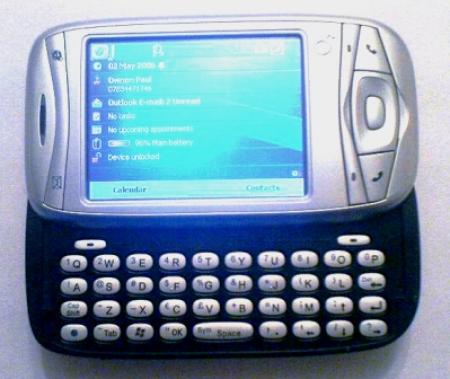 PDAs have been superseded by smartphones largely because of the ubiquity of the mobile phone. Who wants to carry out two separate devices with them, when a convergence of the two is so easy to do? Consequently, smartphones have eaten into the PDA market to such an extent that the PDA as a category no longer exists, while the smartphone reigns supreme.

This convergence has meant that the new smartphones are essentially old PDAs but with new connectivity features. Wi-Fi and Internet connectivity have been around for a while, but the new smartphones must also make phone calls. And herein lies a problem. How do you make a smartphone that’s big enough for its screen and keyboard to be usable, but small enough for you to hold it to your ear without it looking like you’ve got a large plank of wood strapped to your head?

A case in point is the O2 XDA (above). It’s a great smartphone with a lot of features built into it. My friend has one. Now my friend also has a big head, but when he brings his XDA up to his head to make a phone call, he looks like he’s just brought the top of a table with him and placed it on his ear! It’s not a cool look! 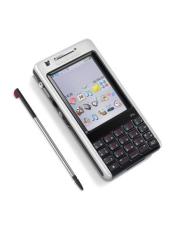 The alternative is a smartphone that compromises on the keyboard, such as the Sony Ericsson P990i (top pic) or P1i (left).

The P990i has a touchscreen interface that allegedly reads your handwriting using a stylus, as well as a tiny QWERTY keyboard that’s usable only if your fingers taper to the point of a pin.

In contrast, the P1i, like the Sony Ericsson M610i (below left), has a QWERTY keyboard where each key has two characters – rock the key left for one character, and right for the other.

Not an elegant, or particularly user-friendly solution. 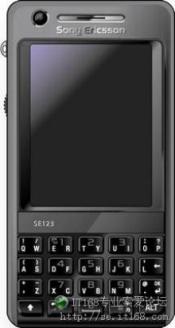 So you’re left with making a choice between a fully functional smartphone that really can be used as an extension to the desktop, but which makes you look like you’ve got a slab of meat pressed against your head when making a call;

Or a smartphone that’s fine for making calls, but despite its fine features, is useless for use as a desktop extension unless you have your cat lying around to type on the thing using its claws.

Surely there must be an alternative?

Well, now it seems that there is.

But before I get to the alternatives, I’ve got another beef about smartphones.

Smartphone connectivity – the need for speed

If you’ve designed a smartphone for use as a desktop extension, why do you leave out 3G? You fit your smartphone with a powerful processor, all the RAM you can fit into the beast, a plethora of applications, and even Wi-Fi, but then hobble the thing with at most an EDGE connection, the data transfer speeds of which is woeful.

If I’m going to buy a smartphone with a big screen, I want to be able to use the Web wherever I am, not just when I’m in range of a Wi-Fi hotspot. If I am within range, that usually means I’m either at work or at home, in which case I’ve got access to my desktop or laptop – so why do I need a smartphone?!

So, in short, I want a smartphone that’s got 3G, preferably HSDPA even, that’s great for browsing the Web, that doesn’t make me look like a plank when making a call, yet which has a keyboard that I can actually use. Is there such a beast?

The contenders – the Toshiba G900 vs Nokia E90 Communicator

Well, there might just be – the Toshiba G900 and the Nokia E90 communicator.

The Toshiba G900 (above) is a Windows 6-based smartphone with HSDPA, a 3″ screen, a keyboard that slides out from underneath, and a form factor that appears to be of an appropriate size. In other words, although it looks the same as similar smartphones, it’s actually not quite as wide, and so looks more like a phone when you use it. 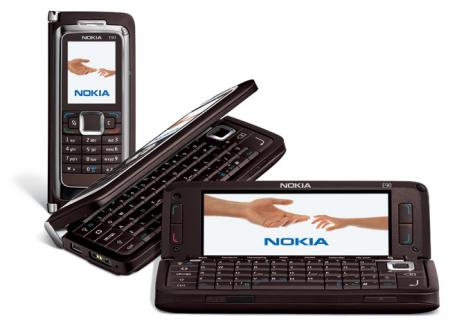 The Nokia E90 (above) is the latest in a long line of communicators from Nokia, with a clamshell form factor featuring another really good keyboard, a huge screen similar to the Toshiba’s, HSDPA, a 3.2 megapixel camera and even GPS. Unlike the other communicators, though, the E90’s form factor is much smaller, and so looks like a large phone rather a large book when you make a phone call.

One of these two, I think, is going to be my new smartphone. I’ll be looking at both in detail in the next couple of weeks, so stay tuned for some reviews to find out which one I opt for, and also a more general review on some of the other smartphones that are out there.

First pics of Samsung Bada – can it challenge iPhone and Android?

How to choose the best smartphone

The best PDA Phone for Christmas is…