Camera phones are notorious for taking extremely poor pictures in low light conditions due to the weak nature of the LED flashes that they use. Recently, however, new technologies have emerged that produce superior low light performance without compromising the camera phone’s battery. Both Xenon flashes and new high current LED flashes are capable of taking much better pictures in the dark than the traditional low power LED flashes of old.

But how much better are they? Can a camera phone really take good pictures in low light conditions? And which camera phones are best at taking low light pictures?

This article compares a variety of camera phone flash technologies, and identifies the camera phones that are best at taking low light pictures.

The key to good flash technology

As far as the camera sensor is concerned, both are important, as a high burst of light is no good if the sensor can’t capture the image adequately before the light suddenly dims.

Equally, low flash power with a high duration is no good either, as although a reasonable image can still be taken, the camera phone has to be kept really still for a relatively long period of time – which, given that most pictures taken in low light conditions tend to be taken in the pub when you’ve had a few beers, is a bit of a problem!

Most camera phones come with standard LED flash units. As anyone who’s tried to take a picture in low light conditions using this technology will tell you, LED flashes are pretty useless. Although they give off constant light for a long period of time, the flash power is so weak you’d need to take a picture for a week in order to get a halfway decent image from it.

A much better solution is the Xenon flash. A Xenon flash gives off an extremely strong burst of light, typically up to several hundred thousand lux (the unit of light), but has an extremely short duration, of the order of 50 – 100 microseconds. Although the duration is short, however, the power of the flash is so strong that good results can be obtained.

New high current LED flashes use a supercapacitor to generate far more light than standard low-current LEDs. High-current LEDs generate light of up to a few hundred lux, but do so for a much longer period than the Xenon flash – typically up to 100 milliseconds. 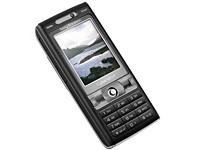 Handily, MobileHandsetDesignLine have performed some rigorous tests on camera phones with a variety of flash technologies. The camera phones they used were:

Their tests showed the following light energy at a distance of 1m :

As you can see, the Xenon flash in the Sony Ericsson K800 is by far the brightest of the three different flash types, throwing out 205,000 lux of light. In contrast, the high-current LED flash unit seems much weaker at only 800 lux, while the standard LED flash in the Nokia N73 provides a barely visible 16 lux (literally, the power of 16 candles…wow!) 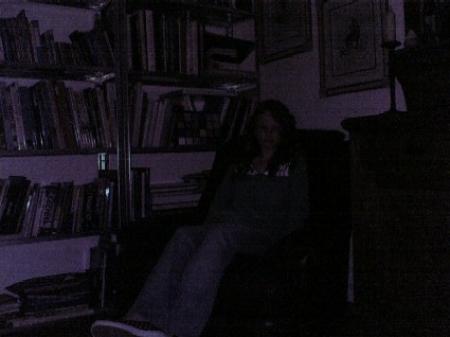 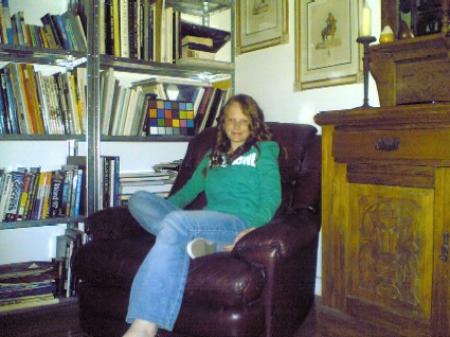 (Both images courtesy of Pierre Mars of Cap-XX Ltd, via MobileDesignHandset)

As was said earlier, however, flash power isn’t the key metric to measure here – light energy is. Calculating the light energy for the different types of flash unit gives the following results:

As you can see, the high-current LED flash gives much more light energy as it can sustain the flash power for a longer period of time. Better still, even with an exposure time of just 17ms, the high-current LED flash still gives off 67% of the light energy of the Xenon flash, which is more than enough for decent quality photos, and with an exposure time that’s short enough to avoid camera shake.

And the standard low-current LED flash in the Nokia N73? Well it’s not even light enough to light itself, let alone the subject! 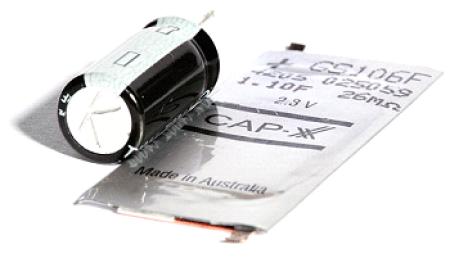 So high-current LED flashes are just as good, and in some cases better, in terms of light energy than their Xenon flash counterparts (we’ll stop talking about standard low-current LED units now, as clearly they’re out of the running!)

But they have one more advantage up their sleeves – size. A Xenon flash unit requires one or more cylindrical capacitor (see pic, above), and these are of the order of 7mm in diameter. Now 7mm may not sound like much, but remember that mobile phones are super-slim these days – the Samsung U100, for example, just 5.9mm thick. Trying to squeeze in a large capacitor into such a tiny body is just no feasible.

In contrast, high current LED flashes rely on supercapacitors that are flat – just 1.1mm thick. Better still, supercapacitors also store approximately double the electrical energy of an electrolytic capacitor and have double the energy density. In short, high current LED flash units are better in every way than any other flash technology available today, at least as far as camera phones are concerned.

The results of all this show that:

Despite the merits of the new high-current LED flash units, there aren’t any camera phones on the market today that use such technology. However, with such advantages over other types of flash technology, it won’t be too long before the technology will be included in future models. We will, of course, keep you updated on when these new models are released.

In the meantime, here’s a roundup of the latest camera phones that come with Xenon flash technology:

As far as camera phones are concerned, Sony Ericsson are the ones to beat with their Cyber Shot range of camera phones. The following models all come with Xenon flashes:

Surprisingly, no Nokia phones come with a Xenon flash, despite their cameras featuring all sorts of other camera-related goodies such as 5 megapixels (Nokia N95), autofocus, Carl Zeiss optics and 3x optical zoom (Nokia N93i).

However, the forthcoming Nokia N82 camera phone is rumoured to come with a 5 megapixel camera and, crucially, a Xenon flash unit. We expect this to be announced on August 29th, and will keep you posted with more details.

In the UK at least, only the LG KG920 comes with a Xenon flash. However, unlike the Sony Ericsson models, it has no auto-focus, and so its day to day picture-taking ability is not as good as the Sony Ericsson Cyber Shot models.

There are rumours that a new LG Prada phone will be released that will also have a 5 megapixel camera with Xenon flash.

Like Nokia, Samsung also don’t yet have any camera phones with a Xenon flash. However, that too will change in the near future as Samsung will be bringing out the Samsung G800, which will have a 5 megapixel camera with the all important Xenon flash unit. Again, we’ll keep you posted when it arrives.

Do Motorola even make camera phones? Sorry! Motorola are not exactly renowned for pushing back the frontiers of new technology, so don’t expect their phones to have a Xenon flash unit in them any time soon!

Your average LED flash unit in a typical camera phone is so weak as to be unusable. All it does is waste battery power! In contrast, both Xenon flash units and new high-current LED flash units offer far superior performance that enables good quality pictures to be taken in low light conditions on a camera phone.

Of the two technologies, high-current LED flash units have not yet made it to camera phones, but are expected to within the next or year or so. However, there are an increasing number of extremely capable camera phones that are either out now, or are coming to the market in the next few months, that have good quality Xenon flash units.

In fact, the K850i is the best camera phone of them all period, regardless of the lighting conditions! Check out our K850i review, in which we compare it to a Nokia N95 (another 5 megapixel mobile phone, but without Xenon flash).