Lenovo have been showing off the Lenovo Lephone at CES 2010. The Lephone is a brand new Android handset that has a new user interface designed by the company. When I first heard about the Lephone yesterday, I didn’t pay it much attention. Lenovo aren’t exactly known for developing cutting edge smartphones, so I thought it would be just another run of the mill Android phone.

Boy was I wrong?! As the video shows, the Lephone is leagues ahead of “standard” Android phones, and its new user interface looks at least as good as the Nexus One’s.

The list of phones vying for the “world’s best smartphone” title just grew by one!

More details and video of the Lenovo Lephone after the jump. 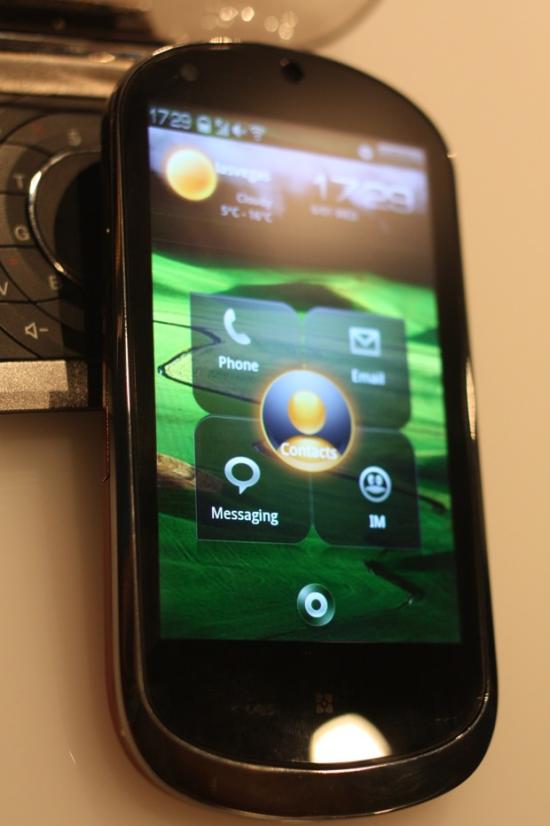 The Lephone is an Android 2.0 handset with 3.7″ touchscreen. It’s the same size as the Nexus One’s, and with 800×480 pixels, it’s the same resolution, too. It uses OLED screen technology, so the display is absolutely top notch.

It has its own set of nifty features, such as the ability to scroll Web pages up and down just by tilting the phone (a nice use of the acceleometer).

Like the Nexus One, it uses the Qualcomm Snapdragon processor, which explains its speedy performance and the way it’s able to use what must be a processor-heavy interface without any bother. 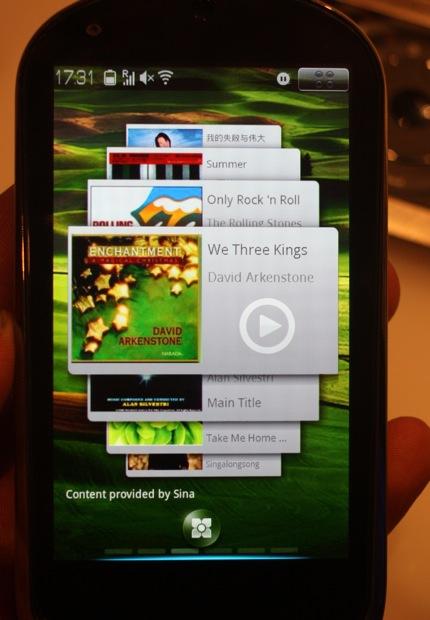 Hardware only tells part of the story these days – it’s all about the user experience these days, and here the Lephone absolutely shines. The new user interface that Lenovo has created looks super-slick, with great transitions, windows that bounce when slid into position, and rolling decks of contacts.

There’s even a coverflow-esque image and video gallery.

Check out the video to see it in action. Absolutely gorgeous!

One of the biggest features of the Lephone, though, is a range of external docking units, the first of which is a bolt-on QWERTY keyboard. As you can see from the pic below, the keyboard’s form factor is like a very small laptop, with the keyboard at the bottom, and room for the phone in the top.

The phone slots in at the top, allowing you to use it exactly like a tiny laptop. The keyboard works well, and the whole concept gives you the perfect compromise between a mobile phone that’s actually usuable, and a smartphone that you can actually type on. 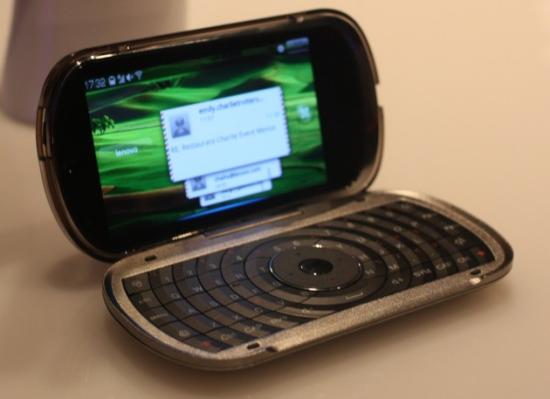 Lenovo will be releasing a range of docking units over the coming months, offering the potential to expand the Lephone in new ways that can’t be replicated by other devices – a cracking way to differentiate your product from other Android phnes if ever there was one!

No, it’s Chinese, and “le” in Chinese means Happy (according to the lady in the vid)!

The Lenovo Lephone is one of the surprises of CES so far. Far from being a standard Android phone, with its new UI, super-fast operation and quirky new docking units, the Lephone has leapt straight to the top of the smartphone (or should that now be superphone?!) league, pitting it directly against the iPhone, Palm Pre, Motorola Droid and Google’s Nexus One.

With this list growing seemingly by the day, the other mobile phone manufacturers really have their work cut out if their phones are going to be as popular in this decade as they were in the last.

Over to you, Nokia and Sony Ericsson! You need something good, and you need it fast!