Ever wondered why Google releases its own Nexus series of phones? Wonder no more!

In a fascinating interview with Engadget, Matias Duarte, the head of user experience for Android (and who also created Palm’s webOS, as well as the user interfaces for Sidekick and Helio), has revealed exactly why Google releases its Nexus phones, and the difficulties involved in creating a mobile platform that isn’t constrained by having to run on any one single device.

Duarte was instrumental in creating the user interface of the critically acclaimed webOS user interface, adn to see him now in charge of the user experience at Android is excellent news, as it means Android is in very safe hands indeed.

Duarte joined Google around 9 months ago, after FroYo was complete, and during the development of Gingerbread. He’s therefore had a role to play in the design of Gingerbread and Honeycomb, and his influence will dramatically increase in the coming new versions.

Here’s what he has to say about the Nexus series of phones. 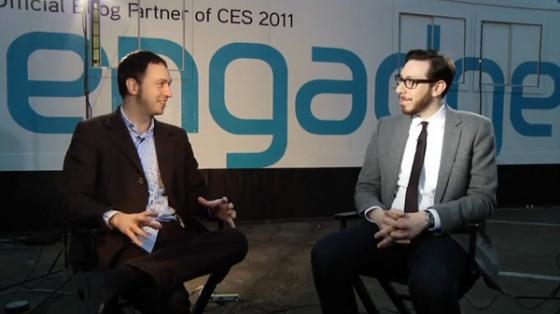 So why does Google release Nexus phones?

Because Android is a platform that’s capable of working on many different devices with many different features, it makes creating each new version of Android particularly challenging because there isn’t one specific device or one specific market that a new Android version is being developed for.

In contrast, with the iPhone, the device is always the main focus of the development effort for any new version of iOS. Apple knows exactly what the features of the iPhone 5 will be (give or take), and so will develop iOS to support them.

But with Android, Google has no such luxury. There is no specific target device that they have to support.

This is a double-edge sword, as it means the company can effectively develop anything it wants for Android – it’s not restricted to one device’s hardware limitations – but equally, it’s very hard to maintain a coherent theme around any new release when there isn’t a specific purpose to what you’re developing.

That’s where the Nexus series of phones comes in. A Nexus phone is reference device – a benchmark, if you will, that represents a typical phone that will run a new version of Android, and that can be used as the target device when specifying the features for that new version.

This is an excellent example, and gives a real insight into the design difficulties faced by Google in creating the world’s popular mobile OS, and also the reasoning behind the Nexus range of phones.