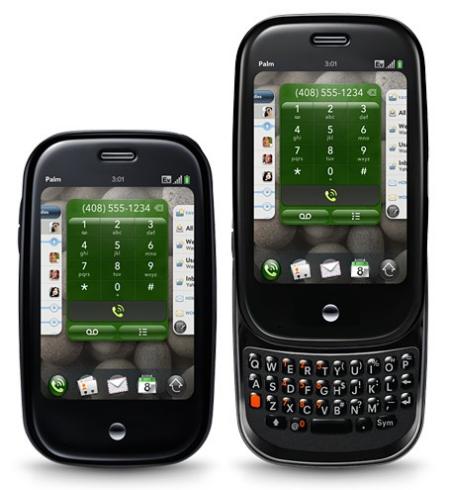 Smartphone company Palm shocked the world of CES 2009 last week with the launch of the Palm Pre, its first new smartphone that brings the company kicking and screaming into the 21st Century. Palm has been a huge player in the smartphone for years, but has been seemingly going backwards for sometime now, allowing its many competitors to literally eat its lunch.

All that, though, changed at a stroke. The Palm Pre is a brand new smartphone with a user interface so slick, it’s the first smartphone that can genuinely be called an iPhone killer. It won the “Best In Show” award at CES, and as the video below shows, it’s one amazing new smartphone.

The success of the iPhone

The iPhone was released at a time when mobile phone manufacturers were falling over themselves to cram as many features into their mobile phones as possible. Cameras, camcorders, GPS units and MP3 players, nothing was sacred, and everything was squeezed into the tiny form factor demanded by mobile phone consumers – largely, it has to be said, at the expense of the overall experience.

For while the features were there, using them was a nightmare, as the user interface was like something developed in the 1980s – clunky, incoherent and slow.

Apple changed all that, of course, with the no legendary iPhone’s stunning user interface.

It also added another dimension to the smartphone – extensibility, in the form of the App Store, where you can buy thousands of new applications for your iPhone that will enable it to do almost anything you want.

Where are the iPhone killers?

Since the launch of the iPhone, nearly every new phone has been an “iPhone killer”, but usually this has meant a touchscreen interface. It’s revealing that no existing mobile phone manufacturer, not even the mighty Nokia, has released a mobile phone with an interface that’s even half as good as the iPhone’s. Even Nokia’s latest touchscreen phone, the Nokia 5800, is pithced solely as a music phone, with Nokia going out of their way to stress that it’s “not an iPhone killer”.

The closest we’ve come so far is the Google Android-based T-Mobile G1. Google set up the App Market for its range of Android phones, so it’s as extensible as the iPhone, and the user interface, though still not in the same league as the iPhone’s, is fancy enough to put many of the encumbents to shame. But although it takes the fight to the iPhone, it’s still no killer.

The Palm Pre – now this is an iPhone killer! 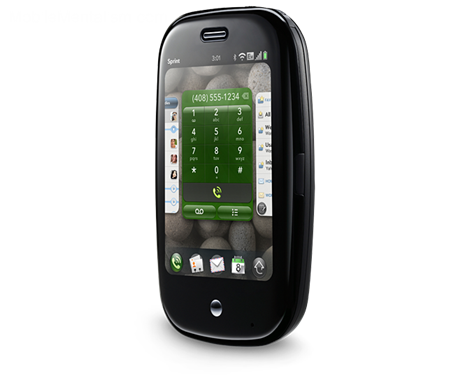 The Palm Pre, though, is different. Built from the ground up to not only take on the iPhone, but to beat it at its own game, the Pre has a user interface that matches, and in some areas, even exceeds the iPhone’s. You’d expect such things as gesture control, which lets you move apps, images and what not around the screen with the flick of a finger, but you don’t expect is the sheer speed and fluidity with which the Pre accomplishes this.

Everything is just there, instantly, as soon as you ask the phone to do something. There’s no lag, no waiting for an app to launch or for a screen to render. It just works. Palm have put some serious horsepower under this device and it shows.

Of course there’s also an App Store clone (called the App Catalogue in Palm parlance), but with the hype surrounding the iPhone and Android, Palm may have left it too late for this store to be inundated with apps, as developers have many other competing platforms to develop for. However, they have ensured that apps can be developed using a combination of just HTML, JavaScript and CSS, so the learning curve is virtually zero. This may enable a critical mass of developers to embrace the Pre’s platform, but they’ve got an uphill job. 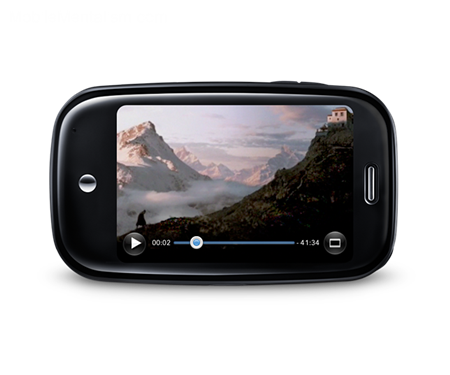 Like most smartphones that don’t have the words Nokia or Samsung emlazoned on them , the Palm Pre doesn’t come with a huge array of top-end features. There’s only a 3.2 megapixel camera, for example, rather thant the 5 megapixellers that are routinely found in even mid-range phones now.

However, there is a decent range of features that are essential for any smartphone worthy of the name, including HSDPA, Wi-Fi, GPS, and full Web browsing. Indeed, Palm are so keen for you to use the Web on the Pre, they’ve named its new operating system WebOS, which gives a hint as to how deeply embedded the Palm Pre is with the Web. 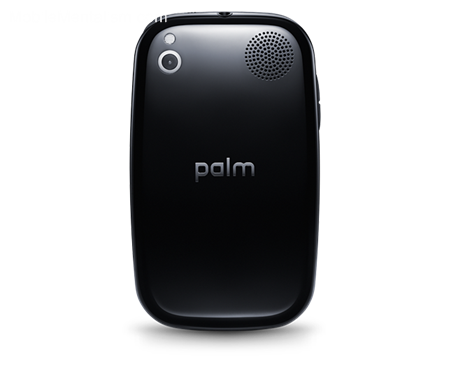 Only a hint, though – scratch under the surface, and you’ll see that this thing is literally wedded to the Web! For example, other phones may have a Facebook App,but the Pre connects not just with Facebook, but many other social networks as well, aggregating all the info it can find about your online friends and syncing it together in one application.

It can also operate across multiple different IM clients, including AOL, MSN Messenger and Google’s GTalk, and again sync the conversations together into threads.

In short, the Pre offers the type of content aggregation that many people are crying out for on the desktop; doing this on a mobile device before it’s even implemented fully on the desktop shows just how far ahead of the game Palm are with the Pre.

We’ll be giving the Palm Pre a lot more attention over the coming months as it nears its release date (currently scheduled for “first half of 2009”). It certainly deserves it – as you can see from the video over on Engadget, the Palm Pre looks fantastic, and its potential as a true mobile Web convergence device is truly mouth-watering.

If only they could have come up with a better name!