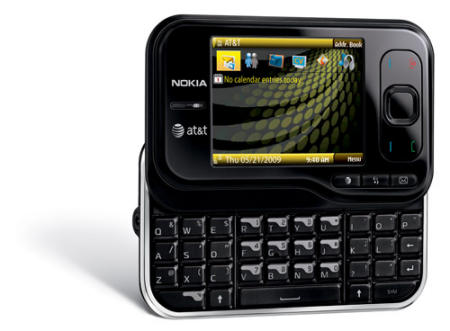 Nokia has announced the Nokia Surge, an S60-based smartphone that looks to be, to all intents and purposes, a Nokia N97 without the touchscreen.

As you can see, the Surge has a slide-out QWERTY keyboard that’s just as usable as the N97’s. And although its feature-list isn’t quite as good as the N97’s (there’s only a 2 megapixel camera, for example), nearly all of the software included is identical.

Indeed, the Surge seems to be a thinner version of the E90 mixed with a bit of N97 social networkiness, but with one key difference: price.

More details and pics of the Nokia Surge after the jump. 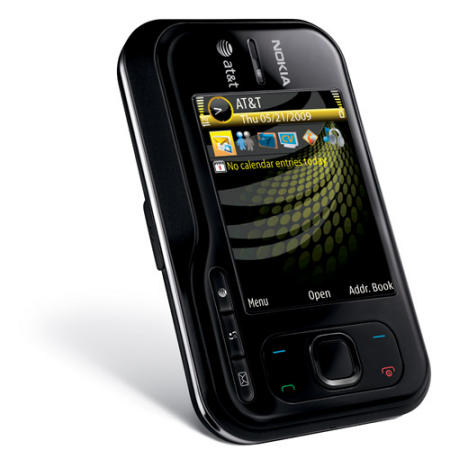 The Nokia Surge comes with a 2 megapixel camera, GPS, MP3 player, video recorder and player. These are all features you’d expect from a smartphone.

It also comes with the WebKit browser that Nokia has bundled with its smartphones since the E90. It’s exactly the same as the N97’s and also runs Flash, meaning YouTube videos can be viewed in place.

The Surge has been designed around social media, and so features a number of social Web apps built-in. For example, it comes with service called JuiceCaster that lets you upload videos, pictures, etc. to sites sucha s Flickr, YouTube, Facebook and Twitter. 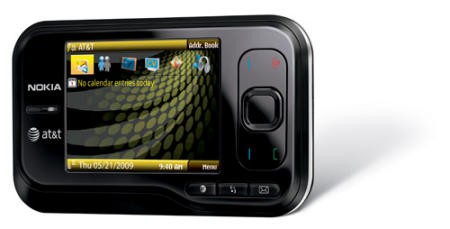 Both Nokia and AT&T, the carrier on which it operates, are emphasising the Surge’s social media features, and I think it should play well with people who want to be able to use their social sites on the phone more easily than they can with a traditional numeric keypad, but who don’t want the expense of a touchscreen smartphone such as the iPhone or the N97.

As such, the N97’s real competition is other cut-price smartphones that do the same thing but for a much lower price. Such as the Nokia Surge, which costs just $79.99 on a $39 a month contract, compared with the Nokia N97, which costs around $650 unlocked – and you can’t actually get it on a contract, as no carrier will support it (which speaks volumes!)

So, if you’re in the US, faced with the choice of an $80 Nokia smartphone or a $650 smartphone that does mostly the same thing, but with the addition of a very bad touchscreen, which one are you going to go for?

I’d get the Surge if I were you!

And I predict that we in Europe will never see the Surge, as the N97 is offered on contract, and there’s no way Nokia will want to jeapordize its sales with another of its own phones!