The Nokia N8 is Nokia’s first Symbian^3 smartphone and represents Nokia’s fightback against Apple and Android. What you want to know, though, is if it’s worth buying or not. Have Nokia made a smartphone that can compete with the best? Is it a worthy succesor to Nokia’s previous flagship smartphones such as the N95? And what features does this glorious looking chunk of shininess hold for the mobile phone fan?

Read on for our complete hands-on Nokia N8 review.

The Nokia N8 is Nokia’s flagship smartphone for 2010, and comes crammed with so many superb hardware features, it’s difficult to know where to start! If you were a fan of the feature-phone craze a few short years ago, when the mobile manufacturers competed to squeeze as many features into their phones as they possibly could, then you’re going to love the N8! Not only does it come with every feature you can think of, each is pretty much best in class.

Take it camera, for example. It’s not just a camera on a phone, it’s the best camera there’s ever been on a phone – and that’s no exaggeration! Video, too, is handled with ease, and with an HDMI output and Dolby 5.1 surround sound, the N8 is genuinely a multimedia computer.

So from the outset, the N8 looks extremeley promising. Let’s take a closer look at its features.

What you’ll love about the Nokia N8

For camera and video enthusiasts, as well as Nokia fanboys, the Nokia N8 is an outstanding piece of kit. The following is just a small list of what you can expect to find on Nokia’s latest and greatest: 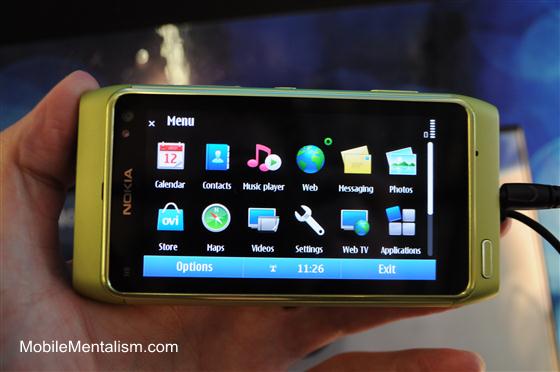 Phew! And that’s not even mentioning the usual plethora you get with smartphones, including WiFi, 10Mbps HSDPA, new Web browser, accelerometer, GPS, compass, FM radio, YouTube, Bluetooth 3, and anything else you care to mention!

Some of the N8’s features are simply unique, and so deserve a bit more attention paying to them, so I’ll cover those here.

Of course, the most obvious feature is the camera. It is, simply, superb. The specs alone don’t do it justice.

Firstly, its 12 megapixels ensure your pics are still nice and sharp when they’re blown up to a decent size. The Carl Zeiss optics add to the clarity of the pictures you take, while the Xenon flash ensures great quality pics even in low light.

But great pictures aren’t all about megapixels. The N8 has a larger optical format image sensor than most camera phones (1/1.83″), which allows it effectively to see more light. The Xenon flash has an automatic red-eye removal, while the face detection software automatically keeps the focus on any face in the picture.

If you prefer to tweak your camera’s settings, you’ll be pleased to know that with the N8, all the following features are fully adjustable:

All of this means you can take great quality pictures wherever you happen to be. Check out the gallery below for superb examples (and they look even better on the N8’s display, as its screen’s contrast and super-black feature makes the colours really stand out). 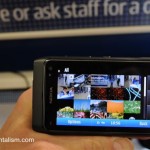 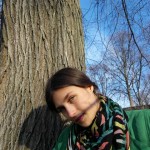 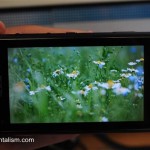 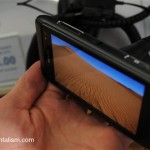 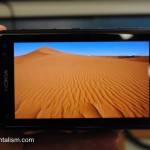 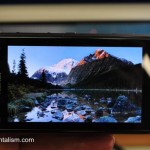 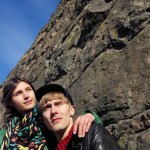 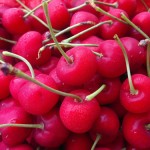 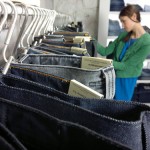 When photos are taken, they’re automatically geotagged thanks to the N8’s built-in GPS receiver, and the onboard image gallery will let you zoom in and out of your picks using the sam pinch-zoom feature found on the Apple iPhone.

Video on the N8 is the best in class. Sure, other phones can record video at 720p, but not all of them can play it back complete with 5.1 Dolby surround sound over an HDMI cable. The N8 can.

At the Nokia World 2010 event, Nokia showed an N8 playing Angels and Demons on a 50″ plasma TV, with the video and music pumped through the N8’s HDMI port to a home theatre box, and the results were superb. True 720p picture and surround sound from a phone. Incredible. 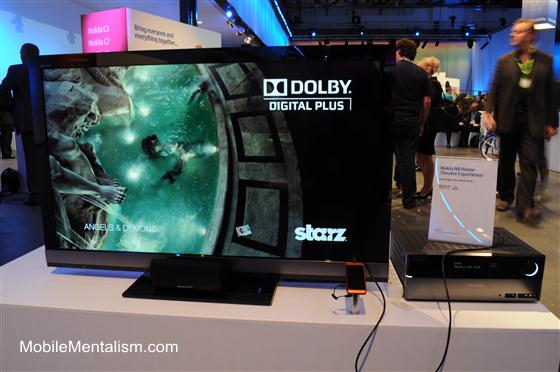 Better still, you can record your own videos with the same quality in glorious 16:9 widescreen format. You can even edit them on the phone, as the N8 comes with built-in video-editing software.

The N8 has a built-in graphics processor, which, combined with its accelerometer, means that 3D games don’t just look good, even when shown on a large HDTV, they’re extremely intuitive to play as well. Nokia showed off Angry Birds at Nokia World 2010, the popular puzzle game that’s set the mobile gaming world on fire. On the N8, with its superb screen and fast graphics processor, Angry Birds, plays superbly. 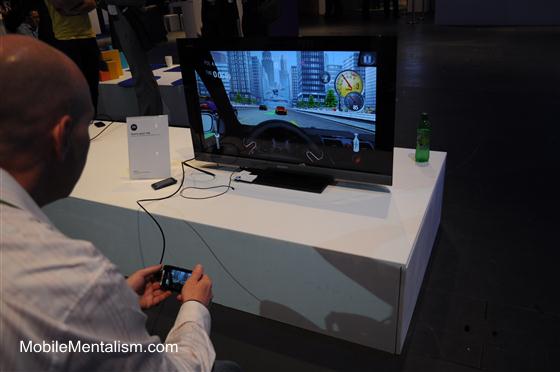 Nokia were one of the first companies to use the WebKit browser (the browser that Apple’s Safari and Google’s Chrome are both based on), and this continues to be the case with the N8. The browser is extremely rich, and although it doesn’t support Adobe’s Flash, it does at least support Flash Lite.

The browser isn’t quite as good as the browsers found on the iPhone and Android phones, it has to be said, simply because moving the page with your finger around isn’t quite as fluid as its competitors. It seems Nokia still hasnt quite got its head around the competition!

However, as you can see from the screenshots below, the colours are truly superb, and the overall browsing experience is extremely good. 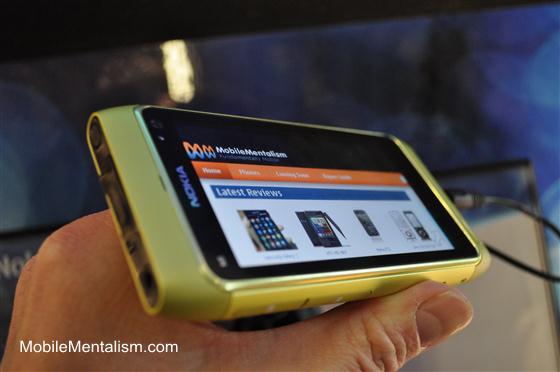 As far as email is concerned, the N8 excels, supporting just about every email application and protocol that exists. including:

All of these email protocols are supported and can be accessed from the one unified email client.

Finally, the N8’s maps are also pretty good. Nokia pioneered the use of GPS in phones, and after buying Navteq, one of the world’s largest mapping companies, a few years ago, its Ovi Maps app is now right at the head of the curve. Better still, with Ovi Maps, all of the maps that you need can be stored on the N8 itself, so you don’t need to worry about losing your mobile connection, or getting stung for a horrendous amount of money if you use maps when on holiday abroad. 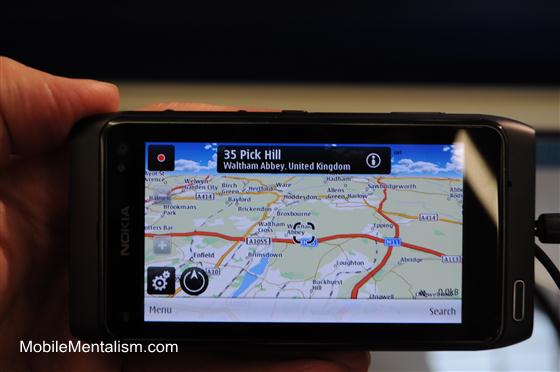 The N8 has come out in a giant wave of hype, and it is an extremely impressive device. It does, however, come with a big drawback. Its hardware is superb, in places leaps ahead of its rivals, and the camera is genuinely better than any other mobile phone’s before it. Its software, and in particular its user interface, though, really lets it down. 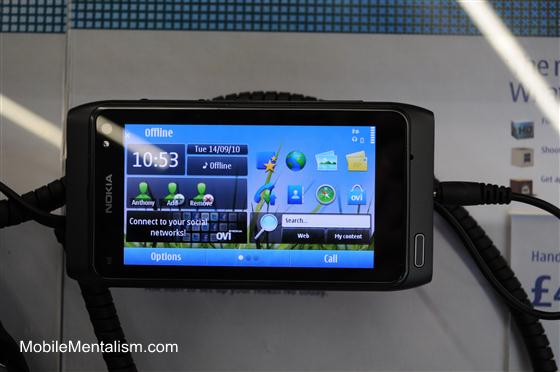 The N8 is the first phone to use Symbian^3, Nokia’s latest redesign of its venerable Symbian mobile OS. Unfortunately, despite Nokia’s claims about how much better the new Symbian is, and the fact that it can multi-task 25 apps simultaneously (just try that on an iPhone!), it still looks old, dated and clunky. 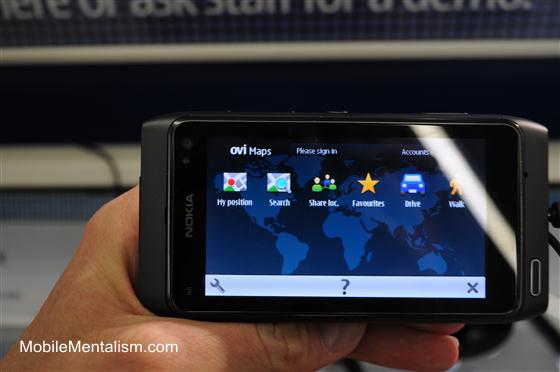 If you remember how Windows Mobile 6.5 felt, you’ll know what I mean. Symbian^3 is good when looked at alone, but compared with the competition, it’s staid, with little or no nice touches that we expect from smartphones these days. For example, the new Windows Phone 7 mobile OS is beautifully responsive, with lovely animated transitions when you move from screen to screen, and a neat kinetic scroll feature that causes lists to bounce slightly when you reach their end.

The N8 has none of that. Lists simply scroll down. No fuss, no drama. Just scroll. Likewise, screens swipe from one to the next. No animation. No transition. Just slide. Perhaps it’s the Finnish way?! 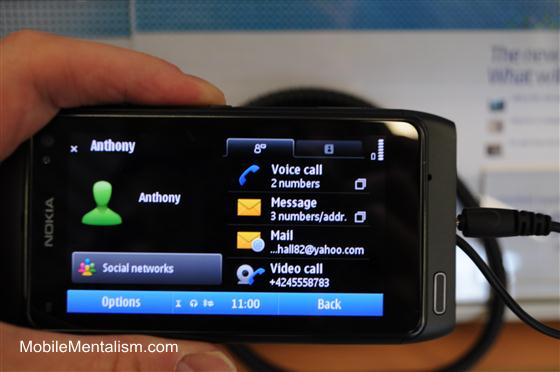 The result is a phone that’s perfectly good when looked at on its own, and certainly worthy of a flagship phone. But one that, ultimately, is still not as good as the competition, at least in terms of its user interface. And for Nokia, that’s disappointing.

Videos of the Nokia N8 in action

Here are some videos I took of the Nokia N8 in action at Nokia World 2010.

Conclusion – should you buy the Nokia N8?

In conclusion, the Nokia N8 is not the phone it should have been. Nokia should have released a phone that wasn’t just better than its competitors in terms of hardware, its user interface should have been better as well. Much better.

The fact that it’s not means I won’t be buying one.

But that doesn’t mean you shouldn’t. If you want the best camera phone on the market bar none, then you have no choice. You have to buy the Nokia N8, as it’s camera is leagues ahead of every other phone, without question.

Equally, its video recording features are suiperb, as are all the other features I’ve mentioned here. It is, perhaps, the best feature phone ever developed.

Unfortunately, the world has moved away from feature phones, and true smartphones need great apps, a beautiful and intuitive user interface, and seamless integration with social media and Web apps. It’s this aspect that the Nokia N8 falls short on.

But if you want your smartphone to be, well, smart, and connected with the mobile Web and your social media apps, then you’d be better off with a top-end Android phone, such as the new HTC Desire HD or the Samsung Galaxy S, or even the iPhone.