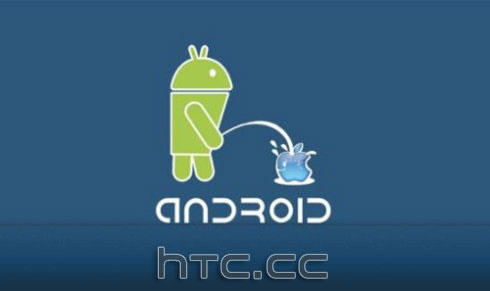 With Apple attempting to sue the pants off HTC and in the process starve the mobile Web from any form of competition, innovation, and, perish the thought – choice, Google has waded into the battle by backing its Android OS and manufacturers to the hilt.

“We are not a party to this lawsuit. However, we stand behind our Android operating system and the partners who have helped us to develop it.”

This is cracking news. Apple’s actions, both with its lawsuit against HTC and its over-zealous censorship of the app store, are appalling. Mobile choice in the US has always been restricted, and competition and consmuer choice has suffered as a result. The US mobile phone market has traditionally been at least a year behind Europe as a direct result.

Just when all that looked to change, with Google, Apple and Palm leading the smartphone challenge and looking to dominate the next wave of mobile devices, Apple at a stroke aims to kill the innovation stone dead. Its lawsuit aims to stop HTC, and, by extension, Android, from being sold in the US.

If they succeed, then the only smartphones left in the US will be the iPhone and Palm. Nokia has no carrier deals in the US for its high-end phones; Blackberry is too business-oriented to be classed as a smartphone in the same way the iPhone and Android phones are; and the most successful Windows Mobile phones are made by HTC!

So if the US wants to keep on seeing restricted consumer choice and limited innovation in its mobile phone market, then let Apple do its worse.

I’m not sure what’s more ironic: That Apple under Steve Jobs turned into the very Big Brother figure its original iconic Apple Mac adverts sought to destroy; that the most capitalist market in the world is the least free as far as mobile phones are concerned; or that Google, the one company people associate most with being the next Big Brother with all the data it has on its all, is actually the White Knight in the story!

How weird the mobile world can be at times!