I’ve never been short on opinions, as you might have guessed, and for years I hated everything Apple stood for. I hated the closed nature of the iOS eco-system, how the company has the right to choose what I download onto my device, and how they rip their customers off with vastly over-priced products (never mind their high-end goods – £15 for a Lightning to USB cable?!)

But then last year, I obviously had a seizure or something, as I ended up buying a 3rd-generation iPad. Top of the line, 3G and maxed out storage, the works. Blew over £600 on the thing. And I loved it.

Suddenly, I could see what all the fuss was about. This was the future. The glorious retina screen, the totally different, natural way of interacting with the device, and of course, the seemingly never-ending variety of apps. Apple was changing the future and I was part of it! 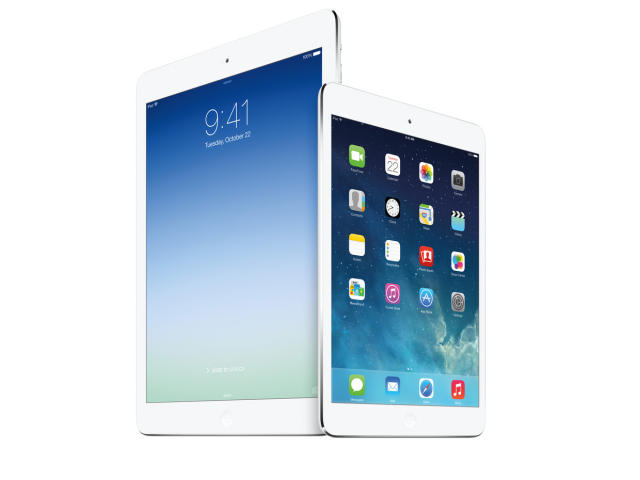 I was hooked. I’d gone from being an ardent Android fan to a regular Apple fan-boy (though I never deserted my Android phones). I even bought an iMac, on which I’m writing this post. A true convert.

But then, my conversion started to wobble a little. I’d bought a Wacom Bamboo stylus as I was in love with the idea of writing notes on the iPad and then saving them later. I already had a LiveScribe pen, and the iPad looked like it could be even more useful in meetings and for brain-storming.

All I needed was the right app.

There’s (not) an app for that

22 note-taking apps later, I’d noticed something very important – the iPad is no substitute for pen and paper! No substitute at all. No app did everything I wanted, and I’d just spent the best part of £50 finding that out.

I noticed something else as well. The third generation iPad is really heavy. 652 gms (1.44lb) doesn’t sound like much, but it means you can’t hold it in one hand for long. It also means it slides down your leg when you’ve propped it up on your lap, you can’t comfortably read it in bed, and the only comfortable place to keep it – flat on your lap – forces you to bend your head forward in a really uncomfortable way. 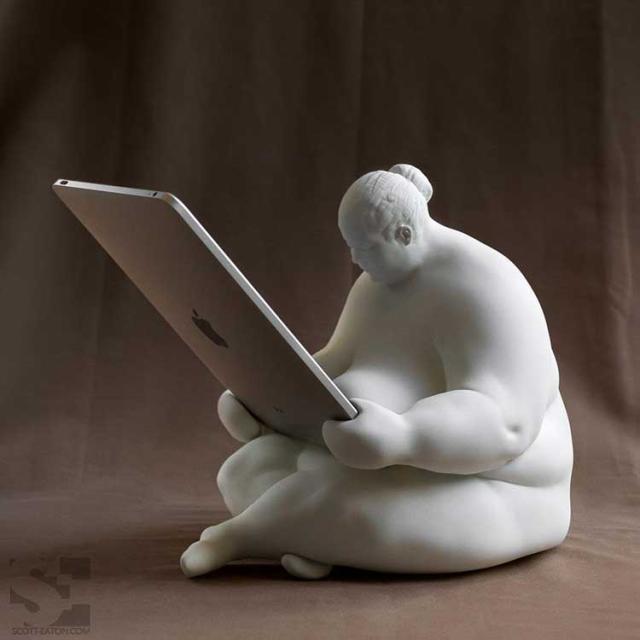 So the apps I wanted didn’t do what I wanted them to, and it was really awkward to use.

But that was OK – I still had a latest iPad, and that in itself was fine for me. I knew the apps would come good in the end. And even if they didn’t, I could just sell the thing – Apple stuff always holds its value, right?

Not with the iPad 3! Just 221 days after my iPad was launched (and less than 100 days after I’d bought it!), Apple discontinued it and launched its successor – the 4th generation iPad.

Still with the same range of not-quite-there note-taking apps, of course, but now with a much faster processor, better graphics processor, better wireless support (including LTE), and the new Lightning connector, which my iPad definitely does not have.

I was outraged! I felt cheated! Where does this leave me now? Future accessories won’t work with my iPad as it doesn’t have the Lightning connector, and who’s going to want to buy an iPad 3 when it does so much less than an iPad 4 that’s just 221 days older! 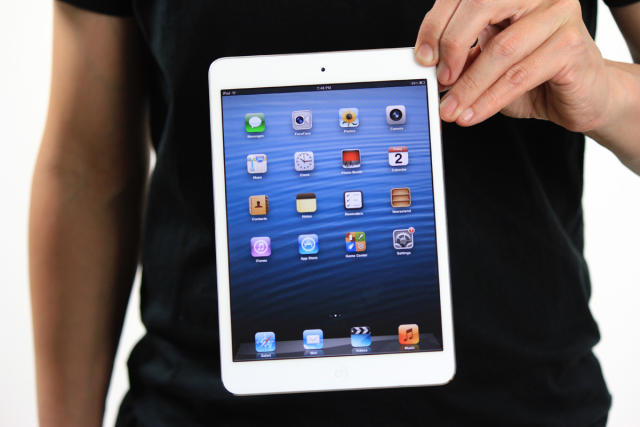 But then, Apple released the iPad Mini, and suddenly my wobbles stopped. Here was a tablet that was genuinely light enough to use wherever you needed it – on your lap, in one hand, even in your pocket. It made total sense and solved the weight issue at a stroke.

Unfortunately the screen was awful! So I held off, knowing that the 2nd generation iPad Mini would undoubtedly have a retina display. I vowed to wait until it was released, sell my iPad 3 and get a 2nd-gen iPad Mini. You can imagine how excited I was when Apple announced its new iPads last week.

And there they were. A new full-sized iPad, this time called the iPad Air, but I wasn’t interested in that. As ever, it looks beautiful, but it’s still too big and heavy. It was the iPad Mini I had my eye on…

But then came the double whammy. 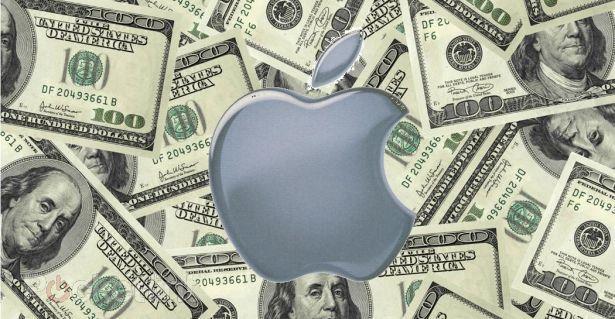 The thing you have to realise about a tablet is that no matter which side of the “creators vs consumers” argument you’re on (i.e. do you think a tablet is capable of creating media and consuming it, or just consuming it), a 7″ tablet is definitely only for consuming it. The screen is simply too small to type comfortably, so long articles (like this one!) are out of the question. It’s also too small to to allow you to edit video, photos or audio comfortably.

Consuming media is fine – the Web, photos, videos, music – no problem. But creating it – an awful experience on a 7″ tablet. So paying £399 simply to consume media is insanity!

So the iPad Mini is out. The 2nd-gen is too expensive, the screen of the 1st-gen is too poor.

At the end of Tim Cook’s presentation, the iPad Air’s pricing was announced, and this really smarted! The base model is £399, which is fine (but again useless, as it’s only got 16GB of storage), while the top-end model (WiFi + mobile + 128GB storage) tops out at a ridiculous £739. But much worse was the way Apple has reshuffled all the previous generations of iPads. 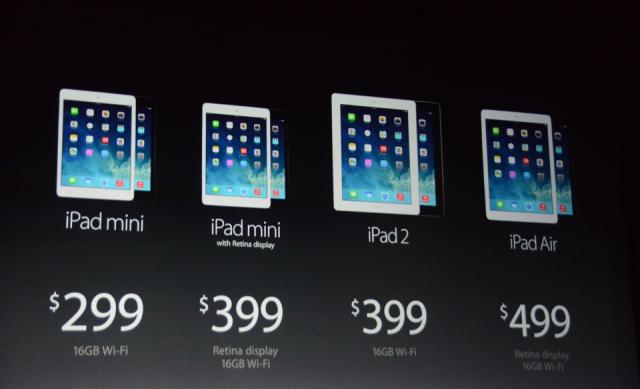 Rather than reduce the price of the iPad 4, they’ve stopped selling it altogether, and have instead continued to sell the iPad 2 for the ludicrous price of £329.

Yes, for “just” £329 (or a ridiculous £399 with mobile) you can get two-year old technology with a lousy screen, and all for the same price as the very latest 2nd-gen iPad Mini.

As Sean Hollister helpfully put it in The Verge, why would anyone buy an iPad 2 now? Or, for that matter, an iPad3!

Looking at eBay today, the iPad 3 is selling for roughly £50 more than the iPad 2s (£300 vs £250), whereas the iPad 4 is selling for £400. Marvellous. I’m £100 out of pocket because I inadvertently bought the “wrong” iPad, and so am stuck with a fat chubber of a tablet that’s been airbrushed out of Apple’s history like a Stalin crony with shifty eyes! 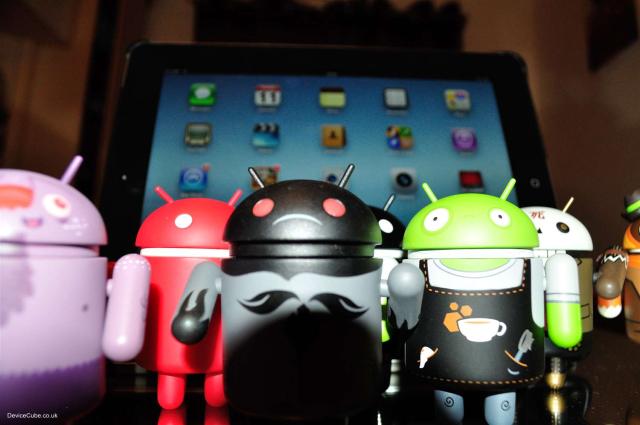 Fortunately, there’s a happy ending to all this. I’ve bought a 2013 Nexus 7 as I couldn’t bear the weight of the iPad 3 any more. And I love it. I mean, I really love it!

This experience has taught me everything I need to know about tablets and vindicated my initial thoughts on Apple (remind to write all this up in a post some time!). I’m an Android phone fan, an Android tablet fan…and an Apple computer fan!