Meet the new Asus Padfone, a new tablet/smartphone combo that gives us a tantalizing glimpse into the future of the smartphone.

The Padfone is one of those gadgets that’s so obvious, you can’t believe no-one’s thought of it before – it’s a smartphone that docs inside a tablet, similar to Motorola’s Atrix lapdock, but without the keyboard.

Just like the Atrix, the smartphone provides all the brains while the tablet is just a large screen with some ports.

But the end result is so obvious, it’s amazing it’s taken over a year for someone to think of it since Apple launched the iPad!

So why is this the future of smartphones? And what chance of success does the Asus Padfone have?

The Asus Padfone in all its glory

The Asus Padfone is pretty much what you’d expect for a phone/tablet hybrid – it’s an Android smartphone that docks into the back of an Android tablet, literally giving you the best of both worlds. Because Android Honeycomb is optimized to run only on tablets, Asus has hinted that the Padfone will run Ice Cream Sandwich, the next version of Android that will run on phone and tablets together.

Everything you do on either gadget, then, is stored on the phone or in the cloud. Wherever it is, you’ll have full access to all your data, whichever gadget you’re using. 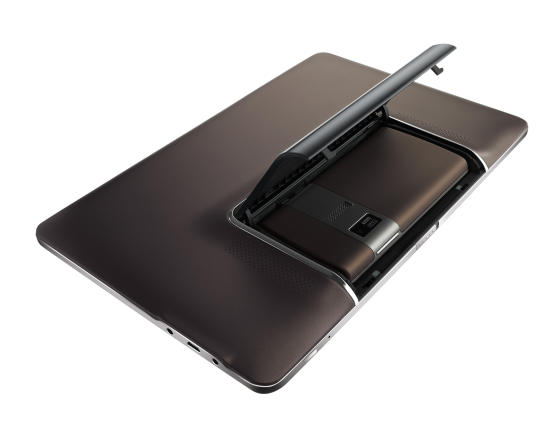 And the Padfone doesn’t look ridiculously big either. You can see from the video below that this concept really works.

As good as the Padfone looks, though, this could be just the start of a whole new phase of smartphone evolution.

The evolution of the smartphone

Mobile phones are now so smart with so much processing power that they can legitimately be called pocket computers. As Motorola showed with the Atrix, they’re perfectly capable of acting as a laptop, and now, with the Padfone, a tablet too.

Take this one step further, though, and ask yourself – why do you need to buy a separate (and very expensive) tablet and phone, when you can buy one cheap phone and a much cheaper dumb tablet-shell that the phone powers? If the iPad2 is just an iPhone4 with a huge screen, and the Samsung Galaxy Tab is just a Galaxy S with a huge screen, then why are you paying for two separate gadgets? 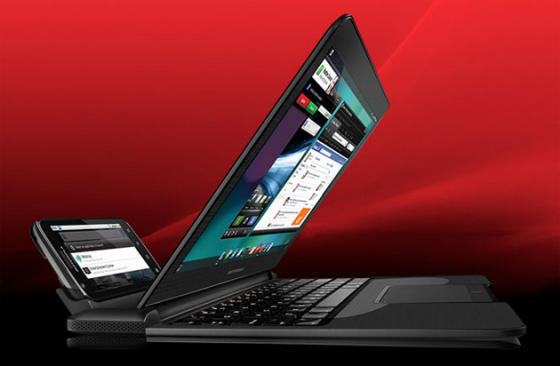 Motorola showed that a device that powers innovative docks (a laptop dock in the Atrix’s case) can be a real success, and now Asus are hoping that the Padfone will be just as successful with its tablet dock. If the Padfone’s successful, it’s only a matter of time before every smartphone manufacturer comes out with their own tablet dock.

The mobile phone will effectively morph into a phone/tablet hybrid. But then think a little further into the future and realize – why stop at the tablet?

If you’re OK with your smartphone powering your tablet, why isn’t it powering your Internet TV? Or your home PC? Or your car stereo, Sat Nav, camera, printer, home theatre system, games console, or anything else you have that’s electronic?

Think about it – by creating new docks with specialized features that can’t be miniaturized easily, such as a laptop’s screen and QWERTY keyboard, or a DSLR’s lens, the phone is able to grow beyond the constraints of its pocketable size. The phone will effectively be devouring gadgets that are bigger than it, but that’s just an evolution of what it’s been doing for years – devouring gadgets that are smaller than it. 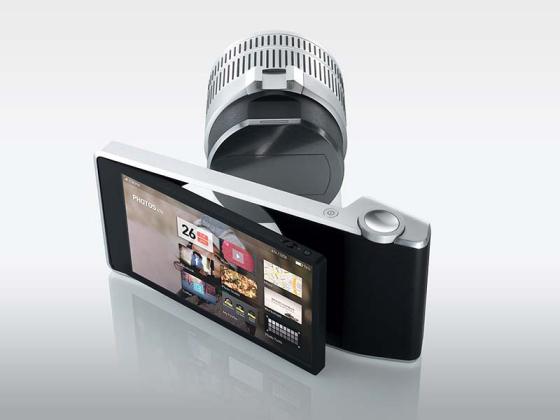 For years now, the mobile phone has incorporated the features of smaller electronic gadgets, such as MP3 players, cameras and Sat-Navs. But it always had to compromise on the quality of those features, as it had to remain small enough to slip into your pocket.

But if we suddenly have an ecosystem of dumb docks that the smartphone slots into and powers, then the phone can do whatever you want it to, without size restrictions.

Nikon, Garmin and Sony provide the docks; HTC, Samsung and Apple provide the phone; and Android and iOS control the ecosystem.

If I was a major gadget manufacturer right now, I’d be looking into the feasibility of partnering with a smartphone manufacturer and creating my own dock now, before the smartphones eat their lunch – again!