Motorola have just announced the new Motorola Cliq2 Android phone, and it really shows how far smartphones have come on in the past year. The Cliq2 is set to be a mid-range device at most, yet its range of features would have been absolute top-end jus tunder a year ago.

1GHz processor, 3.7″ screen, Flash 10.1, slide-out keyboard, the works – in other words, everything you got from the Nexus 1 and HTC Desire when they ushered in the term “superphone” when they were launched this time last year!

Expect this to be offered with some superb free deals later in the year for a cut-down price.

We’ll have more news on the Cliq2 later, but for now, there are bigger fish to fry! 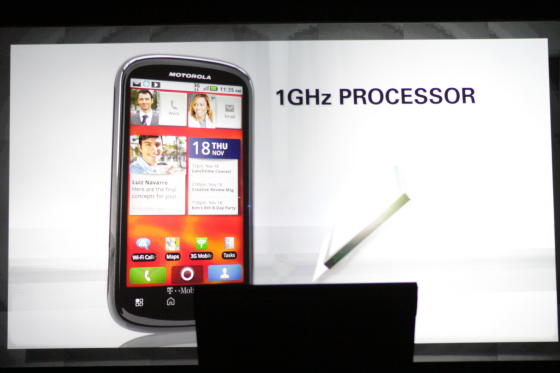