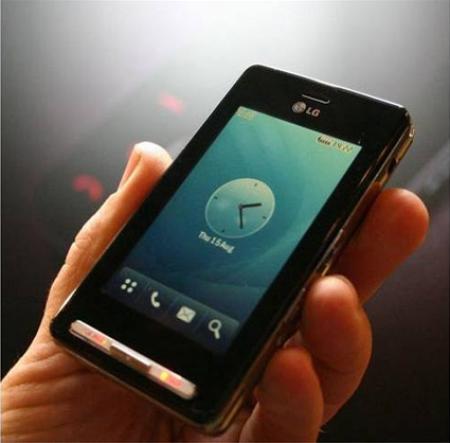 It’s been noted amongst the Blogosphere that Apple’s iPhone bears a striking resemblance to the forthcoming LG KE850 Prada Phone. Well, now’s your chance to find out, as we’ve managed to get our hands on videos of both the iPhone and the KE850 in use.

Want to know how similar the two phones are to each other? Well, watch the videos, and compare and contrast :)

Comparing the two phones, it seems there is similarity, and there isn’t. Unsurprisingly, the innovative features of the iPhone, such as the multitap touchscreen and accelerometer, aren’t featured on LG’s KE850. That said, the KE850 does sport an extremely usable-looking interface, which although not as awe-inspiring as the iPhone, is much better than your traditional phone’s interface.

The LG’s interface will be more familiar to Windows users, whereas the iPhone’s will be more familiar to Mac users. No details of the LG’s features have been revealed yet, but judging by the chatter in the blogosphere, the LG KE850 is receiving a lot of attention. If it offers 3G (or even better, HSDPA), the KE850 might even hold its own against the IPhone.

I recently speculated that the LG KE850 could be the biggest casualty of the iPhone, but if LG plays it right, the hype surrounding the iPhone could rub off on the KE850, and lead to more sales simply by people wanting the look (if not the feel) of the iPhone, but with better features.