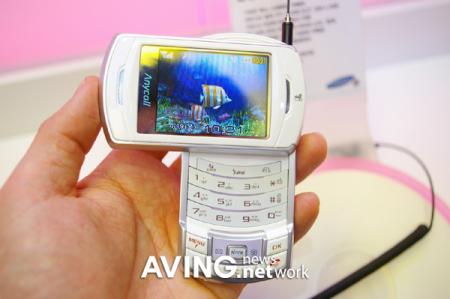 More pics from the Korea IT Show, this time of the curious Samsung SCH-B710. The B710 is a mobile TV phone with what Samsung are calling a 3D video screen. Not sure what they mean by this, as it looks 2D to me, but maybe that’s because it’s a 2D picture!

Specs and more pics after the jump. 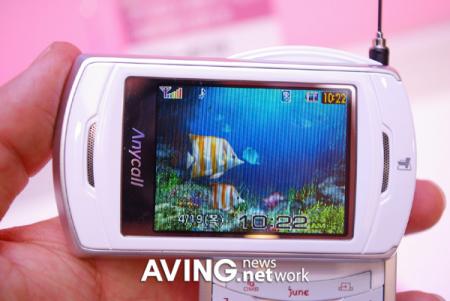 The Samsung SCH-B710 is a swivel phone that features mobile TV (DMB) and a 3D QVGA LCD screen.

It also comes with MP3 player, video camera, normal camera, and even Picture In Picture feature, so you can watch TV while watching another channel in an even smaller window on the same screen. 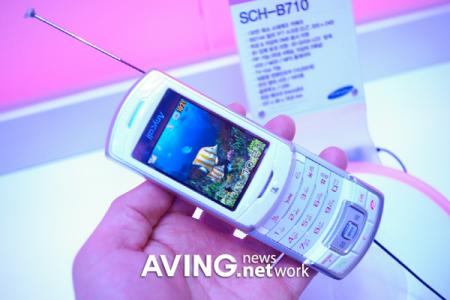