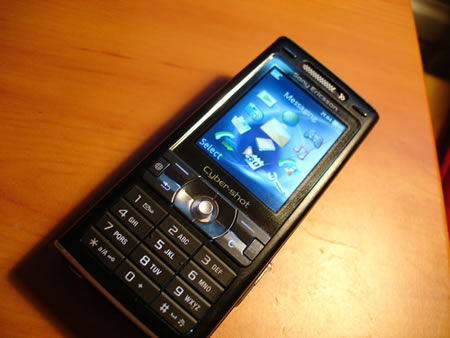 The K800i is a very capable camera phone, being part of Sony Ericsson’s CyberShot range, and is now available at extremely attractive prices. To see whether the phone is for you or not, hit the link to read our full long-term Sony Ericsson K800i review. 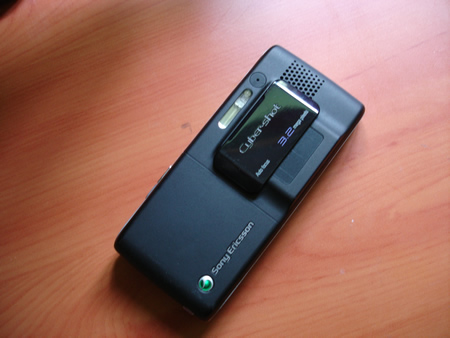 The Sony Ericsson K800i has proved to be a great all round package after 6 months of use. The K800i is one of Sony Ericsson’s first respectable cyber-shot camera phones with a 3.2 mega pixel camera that works well with almost every shot. The Xenon flash works far better than any other LED flash used on other camera phones, capturing good shots in the dark, although the flash can get lost in big open rooms. There is a setting for any environment that you could be in, from beach to sports; however I have never found an opportunity to use these and so they are often forgotten about. The picture quality is excellent and is superior to any other 3.2 mega pixel camera phone, producing photos that can easily be viewed full screen on a computer monitor without any pixellation.

One problem with the camera is the auto focus, which sometimes isn’t very automatic. Like most auto-focus mechanisms on cameras and camera phones, to get the best results you must push the shutter half way down and wait for it to focus before taking the picture. However, on the K800i this isn’t exactly a quick process, and the response can become annoying especially if trying to shoot sports or wildlife pictures.

Music on the Sony Ericsson K800i 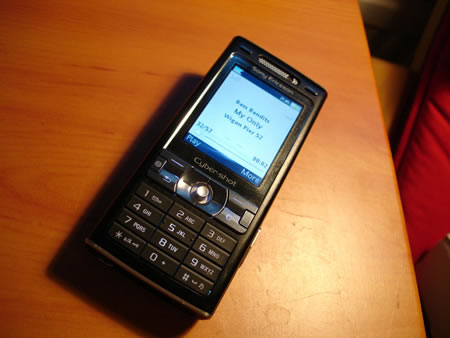 Although the K800i isn’t part of Sony’s Walkman series oh phones, it still has a reasonably good MP3 player, which I’ve come to use so often that it’s now replaced my separate mp3 player. The sound quality is good enough not to complain about and several equalizer settings are included if you are that picky. If like me you just use the player to play a random selection of songs then this is perfect as you can just push play and let it get on with it. A nice feature is that it fades the music out for incoming texts and phone calls and then continues from where the song left off once the phone call has finished.

One downside, though, are the headphones that have to be used (theres no standard 3.5mm audio jack input), which are large and cumbersome and often fall out of your ear because of their weight. If you decide not to use the headphones and play music through the internal speaker you will be impressed at the volume that can be achieved while still keeping the quality.

The first thing that strikes you about the K800i is the noticeably small keypad. This certainly takes a while to get used to, especially if texting is a main priority. Once conquered, though, it can be used well with the main central control stick to navigate through the menus. Sony Ericsson’s T9 predictive text is a useful facility if you like to send quick, short texts as it learns quickly what you regularly type; however I don’t tend to use this as I spend far too long having to teach it abbreviations (you can turn T9 on or off by holding down the star key).

Built-in applications on the K800i 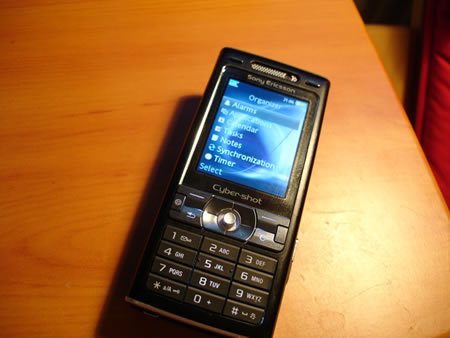 One of the most used features that the K800i has provided me with has to be the organiser and calendar function. With the option to set reminders, I have saved myself from forgetting to do many important jobs while having to juggle with a hectic lifestyle.

As far as Web browsing is concerned, having 3G on the phone can prove useful if you regularly find yourself away from a computer and need to quickly use Google, for example. However, like all phones, this is only useful if you have a mobile phone tariff that offers a large amount of data transfer each month. I don’t have such a plan, unfortunately, and so have only used the browser once, which I found to be a rather expensive way of eating away at my credit! The same goes for video calls, a feature that I have never used; it feels as if it is mainly intended for a business situation and looks as if it could work well in this scenario. 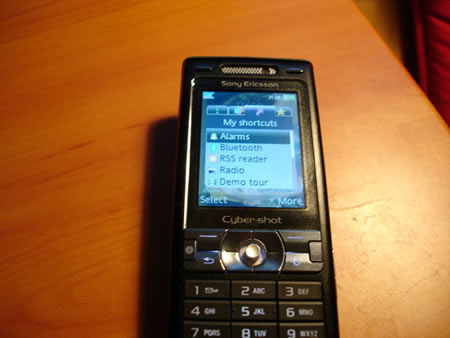 When it comes to connectivity the K800i does well, having infrared to send media to ‘Bluetooth-less’ devices as well as having Bluetooth to connect to other phones and even computers, thus enabling you to quickly send pictures you have just taken to different devices. Bluetooth can also be used to provide a mobile Internet connection for computers, which is great for when you are on the move. Unfortunately, the USB connection to a computer is limited as Sony Ericsson have still not fixed a problem with installing the software on Windows Vista, making it hard to transfer data between the phone and PC – one important function that is required for quickly transferring music to the phone!

If you are looking for a slim, petite phone the K800i isn’t ideal. You can tell how they have struggled to fit the 3.2 mega pixel lens in as it protrudes from the back, unlike other camera phones which have flat backs. It is also a fairly heavy phone, but you soon get use to this, although you will have to wear a belt to stop it weighing your trousers down [don’t most people’s trousers fall down without belts anyway?! – Ed]. Although the phone does come with 64mb internal memory I strongly recommend buying a M2 memory card as it enables you to store far more songs and you won’t have to worry about running out of room for photos.

In terms of battery life, I have found, like most phones, if you are using all kind of applications like taking photos and listening to music the battery life can deteriorate fairly fast, so be wary if you have a low battery. Fortunately it charges incredibly quickly using the mains charger – fully charging the phone within an hour, far better than my old phone!

If you are looking for a great 3.2 mega pixel camera phone with great added features such as MP3 playback, then the Sony Ericsson K800i is definitely for you. This all-round package will not let you down with excellent reliability, and I’d recommend it to anyone who is keen to take a few photos here and there. However, if you are looking for a wow factor and like to be up-to-date I strongly recommend buying a newer model such as the Sony Ericsson K850, which has a 5 mega pixel camera! I will certainly be buying Sony Ericssons in the future due to the very few downfalls that I have encountered with the K800i.

You can also find the K800i for free with a £225 cashback offer at Mobiles.co.uk.