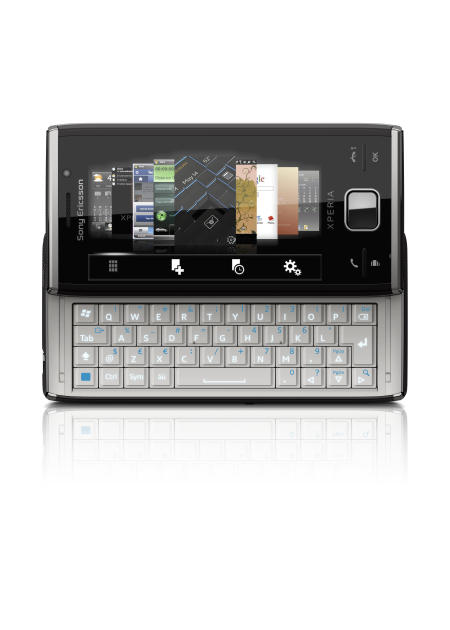 Sony Ericsson are on a roll at the moment with their Xperia range of high-end phones. Hot on the heels of the X5 comes the Sony Ericsson Xperia X2 (not sure what happened to the X3 or X4!), the latest Windows Mobile based Sony Ericsson smartphone that features the Xperia brand.

Xperia is a brand new range of Sony Ericsson smartphones that started off well with the Xperia X1, but which seemed to stall a bit as no new phones followed in its wake. The company has now changed all that with two new Xperias debuting on the same day, plus a new Android-based Xperia waiting in the wings.

I’ve already previewed the Xperia X5, a designer phone with a see-through screen. What, though, of the X2? Well, it’s a high-end smartphone that has a similar QWERTY keyboard to the X1, but which also adds a tonne of cutting-edge features.

Find out which ones after the jump! 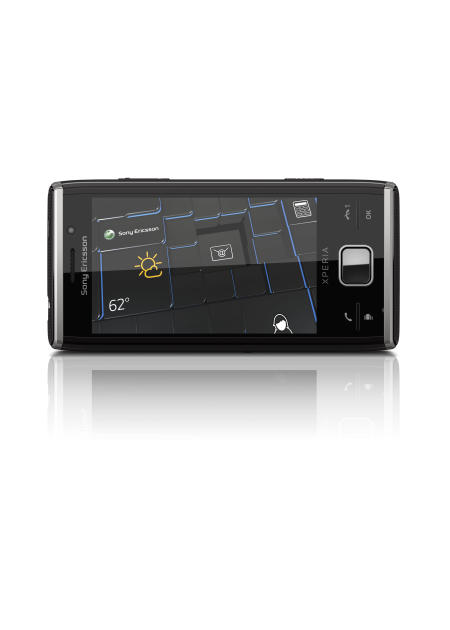 The Xperia X2 adds to the fancy interface of the Xperia range with a plethora of cutting edge features, such as:

The X2 comes with a brand new panel interface that takes the X1’s original user interface, and puts it on steroids! It looks superb, with great new 3D elements, and an amazingly responsive feel that makes the X2 look like a proper high-end smartphone – which, of course it is!

It’s hard to convey how polished the interface looks with words, but fortunately we have a video that shows it off nicely!

It’s leagues ahead of the X1’s interface, and in fact, leagues ahead of anything previously seen on a Windows Mobile device before. Sony Ericsson really seem to have pulled something out of the bag with X2, and now they really have a smartphone worth bragging about.

Just as well, as with the iPhone, the plethora of new Android phones coming out, the Palm Pre and the first-rate Windows Mobile-based smartphones from HTC, Sony Ericsson were in danger of becoming also-rans in the smartphone stakes.

Not any more. With the Xperia X2, Sony Ericsson are genuinely making a play for the high ground of smartphones.

Is the Xperia X2 worth buying? 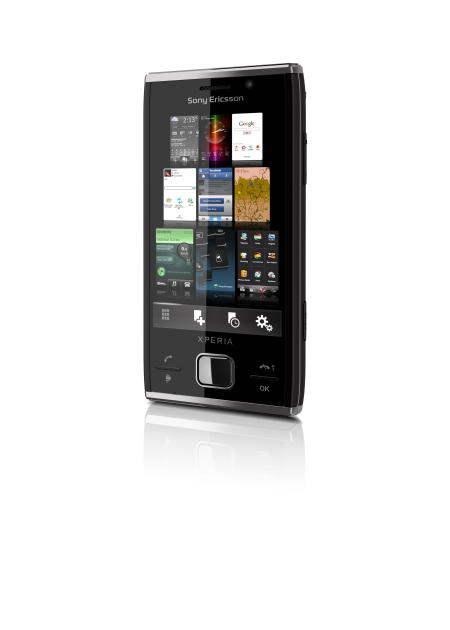 Smartphones are very much in vogue at the moment, with every new phone seemingly coming with a touchscreen, its own app store and integration with social networking services and Web apps such as Facebook and YouTube.

The Xperia X2 is clearly no different in that respect. What it does offer over and above the usual smartphone fare, though, is Sony Ericsson’s legendary quality coupled with some genuine high-end features that you just don’t see on smartphones.

With 8.2 megapixels, autofocus, image stabilization, geo tagging and one-touch send to the web feature, Sony Ericsson have made sure that the X2 trounces the opposition in every aspect of picture taking.

Indeed, that’s the whole point of the Xperia range – combine smartphone functionality with a rich user experience, backed up by Sony Ericsson’s legendary set of features and quality. In short, this should be one seriously good smartphone, and well worth considering if you want a phone that integrates tightly with a Microsoft-based office environment.

There are a couple of gripes with the X2.

Firstly, there’s the fact that it’s still running Windows Mobile, which even though it’s now up to version 6.5 and has the fancy new Xperia interface running on top, still looks like something that should have been put out of its misery years ago!

Whenever you go to a settings menu, for example, you’re taken straight from the flashy 3D Xperia interface to a bog standard Windows Mobile screen that looks like something straight from the desktop version of Windows 3.1 (circa 1992, kids!)

At a stroke, this kills the illusion of glorious iPhone-esque smartphonery that the new Xperia interface works so hard to achieve.

Finally, one other issue with the X2 might be its apps. Although it uses Windows Mobile, which was one of the first operating systems to be extensible with third party applications, and despite Sony Ericsson offering its own PlayNow app store (essentially a copy of the iPhone’s App Store), new apps will rely on developers creating apps specifically for the device. Although this isn’t particularly difficult, companies have only so many developers to spare, and with so many different mobile application platforms out there, it’s questionable how many apps will be written just for the Sony Ericsson Xperia range.

That said, how many apps do you really need? The Xperia X2 already has the usual array of social networking and Web apps that you’d expect, and with Windows Mobile running underneath, it’ll interoperate perfectly with your existing desktop apps that you use for work. 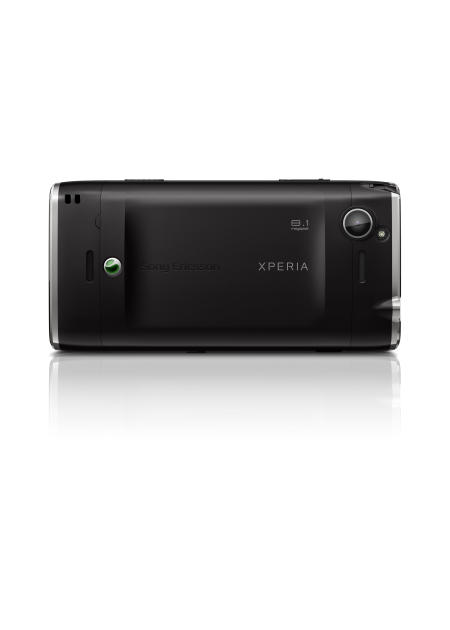 In summary, then, the Sony Ericsson Xperia X2 is well worth considering if you’re looking for a smarpthone that’s as at home in the home (as it were!) as it is in the office. If you’re looking for a phone that you can do business with as well as have fun with, I doubt you could better today, especially if your company works in a Microsoft environment.

It trounces the other Windows Mobile phones out there, and will surely eat into Nokia’s smartphone market, as it’s better by far than the N97. Whether it beats the iPhone, Android or Palm Pre, though, is probably more down to taste. And as far as features go, its leagues ahead of the other smartphones.

Me, I’m an Android man, so I’ll wait for Sony Ericsson’s Android-based Xperia phone due in the next 6 months or so before I consider upgrading my T-Mobile G1. If I were a Windows Mobile man, though, I’d have no problems whatsoever with the Xperia X2.