It’s recently been launched in the UK as the Milestone, and is Motorola’s attempt to convince the world that it really can make great phones again – in this case, a great Android 2.1 device designed to take on the wealth of super-smart phones that are on the market.

The question is, though – can it? Does the Milestone offer enough to make it better than its rivals from the likes of HTC, Samsung, Palm, and the iPhone? Does it have a better interface, better features, and a better all round user interface, and is it more than just another Android phone?

In short, is the Milestone worthy of your cash?!

Let’s find out with our Motorola Milestone review… 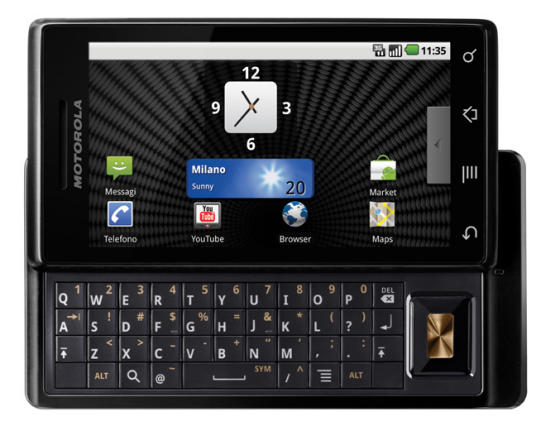 The Motorola Milestone is an Android-based touchscreen smartphone with physical QWERTY keyboard, which is great for people like me who don’t like the virtual QWERTYs you get on most touchscreen phones. It’s packed with features, as you’d expect, and has a powerful 600MHz processor to power the nifty new features that come with Android 2.1 (which is the same version of Andriod that the Google Nexus One uses). 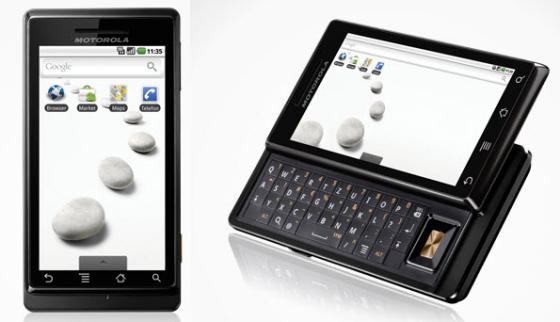 In fact, Motorola threw everything they had at the Milestone to make sure it stood out from the competition. The result is a top-end smartphone with some great features, sexy looks, Android 2.1 usability – and a great price, simply because Motorola need these things to shift!

You might be thinking the Motorola Milestone is just another Android phone, but Motorola made sure it can hold its own over the competition: 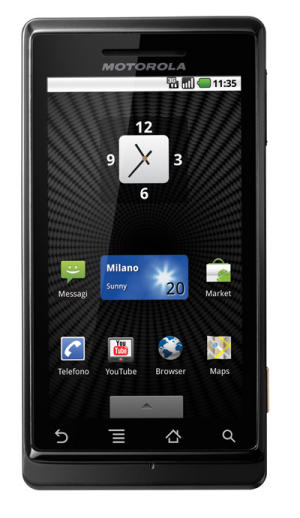 What’s most impressive about the Milestone is the quality of its features. Most phones have 5 megapixel cameras, for example, but the Milestone’s camera gives excellent results, both indoors and out. Likewise, its video camera records excellent quality video with superb sound.

Indeed, everything about the Milestone is of high quality. Every feature it comes with isn’t there just for show – it genuinely works, and works well. And at the price you can now get it for, it’s cracking value as well.

Smartphones have never led the world when it comes to features, but then that’s not their aim. Leave that to the feature phones – with the smartphones, the user interface and overall experience is key.

With the Milestone, though, Motorola are showing you can have both. The Android 2.0 interface gives a great overall experience, while the 600MHZ processor underneath and large 3.7″ capacitive touchscreen makes the overall interface a pleasure to use, being both responsive and big enough to work with comfortably.

Couple this with the great quality camera and video recorder, and you have a smartphone with features as good as a feature phone’s. 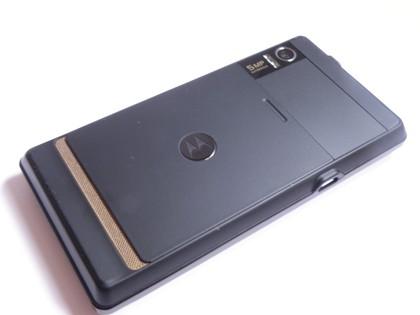 Indeed, Motorola have pulled off something of a coup here. The range of options you have for adjusting the camera and video recorder’s settings aren’t particularly varied, so you’re more or less stuck with the factory defaults. However, these have been so well tuned that the results tend to be excellent no matter what the conditions you’re shooting in.

This, then, makes the Milestone the ultimate point and shoot smartphone. Great photos and videos, prodigous internal memory (8GB, expandable to 32GB) to store hundreds of them, and minimal fuss to get great results.

Viewing your media once you’ve recorded it is also a snap, thanks to the multi-touch features of the Milestone’s interface. you can flip through photos with the swipe of a finger, and pinch and zoom images to see more or less detail.

Android 2.1, which the Milestone uses, features an upgraded version of Google’s WebKit-based browser for Android. In many ways, this is superior to previous Android browsers, but with the addition of the large touchscreen and pinch-and-zoom (not to mention the super-fast download speeds), browsing the Web on the Milestone is simply superb. 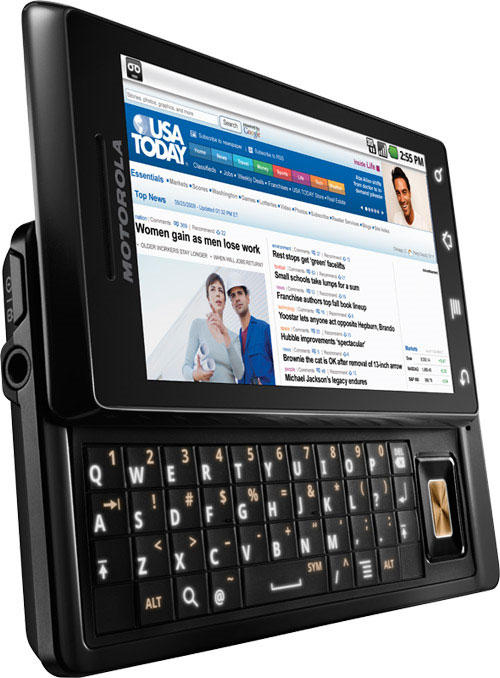 It’s the full Flash desktop experience – no Flash lite or anything like that. Whatever you can do on your Web browser on the desktop, you can do with the Milestone.

As far as GPS navigation is concerned, the Milestone comes with aGPS, compass, accelerometer and other sensors, which let the Milestone know exactly where it is in time and space, its orientation, and how fast its moving. to take advantage of all this, Motorola have kitted it out with both Google Maps (including StreetView) and their own MOTONAV app, which features true turn-by-turn navigation.

Annoyingly, this is only a 60 day trial, after which you’ll have to pay for the full version, but given that Android 2.1 comes with Google’s own turn by turn navigation app for free, this shouldn’t be too much of a problem!

The Motorola Milestone uses Android 2.1, but although Motorola have added a few new apps of their own, the interface itself isn’t that much different from the stock Android interface.

Fortunately, that’s not a problem. Android has always been a slick interface, and with a fast processor underneath and a large repsonsive touchscreen display on top, the overall user experience is silky smooth. 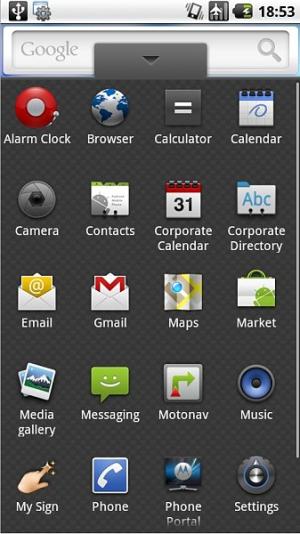 Plus you get several different ways of entering text:

The end result is a phone experience that’s second to noen, as you’re bound to find a way of using the Milestone that suits you!

Android 2.1’s animations and transitions have been improved over its predecessors, too, which makes the Milestone look even more like teh cutting edge smartphone it is. 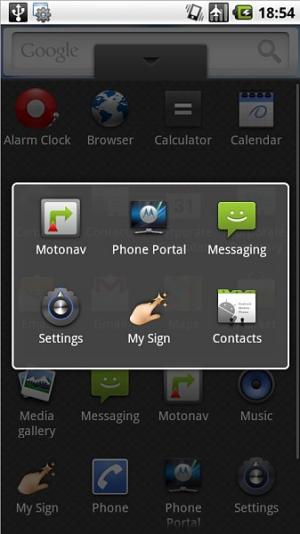 The original release of the Milestone did have a few drawbacks. Its photo gallery was poor, for example, and some of its other user interface features were no different from the standard Android interface.

However, one of the great things about Android is the huge pace of innovation, which means the phone you buy now can be dramatically better in just three months’ time!

This makes the job of identifying issues quite difficult, as by the time you read this, they’ve probably already been solved!

Take, for example, the photo gallery. This used to be the no frills gallery that was similar to original gallery that came with the first Android phone, the G1.

Now, though, thanks to Android 2.1, the Milestone gets a shiny new 3D photo gallery (see pics below), created by the folks from Cool Iris. You can now also view your pics from your phone, Flickr and Picasa, and you can sync your pics with these services automatically as well. 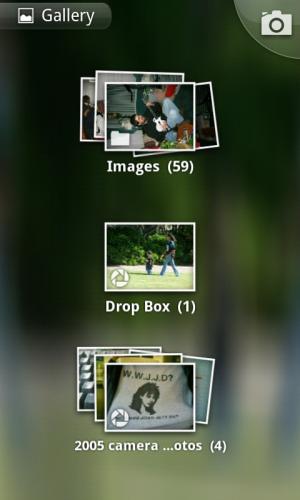 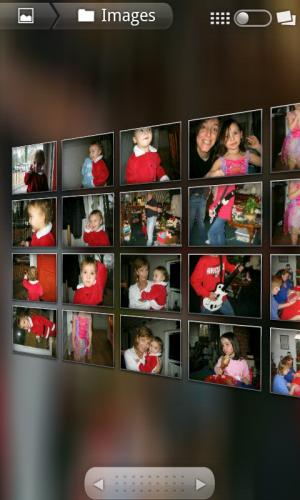 You can even get apps which sync your contacts with Facebook, meaning your Milestone’s unified Inbox now covers Outlook, Gmail, and Facebook.

It also comes with live wallpapers and even Google Earth, none of which came with the Milestone when it was first released, but which are now an integral part of it (or will be, if your Milestone hasn’t yet received its free Over the Air upgrade that’s being pushed out round about now).

In fact, virtually everything that comes with the Google Nexus One, which was the first phone to feature Android 2.1, is now available on the Milestone. So if you like what you see with the Nexus One, but would prefer a physcial QWERTY keyboard, go get a Motorola Milestone!

The only downside of the Milestone, then, is the difficulty in reviewing it as it’s constantly improving!

Enough with the talk, you want to see the Miilestone in action!

Before you do, first note that when Motorola first released the Milestone, it came with Android 2.0, which is what you see in the videos below. By the time you read this, though, it’ll come with Android 2.1, which adds a whole plethora of new user interface niceness to the mix, some of which I’ve already discussed.

So, should you buy a Motorola Milestone?

For most people, the answer is Yes!

The Milestone is a superb smartphone from Motorola, and really shows how well a smartphone can work. Its physical QWERTY keyboard really gives it an edge, while the quality of its features places it at the top table of all the smartphones on the market today.

Throw in the extra features of the new Android 2.1 OS and add in the continual improvements of Android, and you’ve got a smartphone that isn’t just great today, it keeps on getting better! 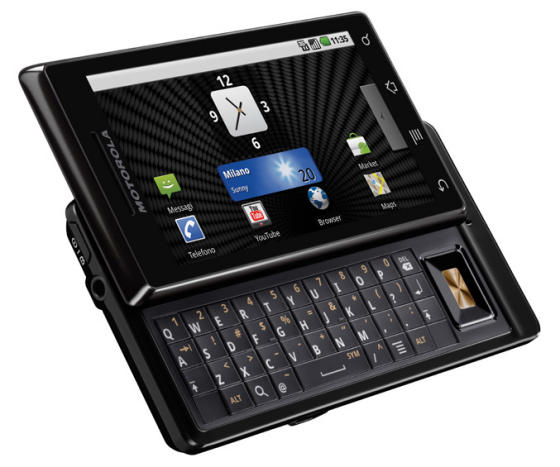 If you’re looking for an Android phone with physical keyboard, buy the Milestone. No question. If you want the best Web browsing experience on the market, the Milestone’s the one to get as well.

If you don’t need the physical QWERTY keyboard then you’ve got a much tougher choice to make with so much competition around at the moment. But whatever you do, put the Milestone on your list, as it should be on the list of everyone who’s looking for a top quality ever-improving smartphone.