Leaked pictures of the Nokia C6 have emerged revealing a classic Nokia smartphone with slide-out QWERTY keyboard. The C6 is the second phone in Nokia’s new C-Series range of phones, and looks very similar to existing Nokia keyboard phones such as the N97. 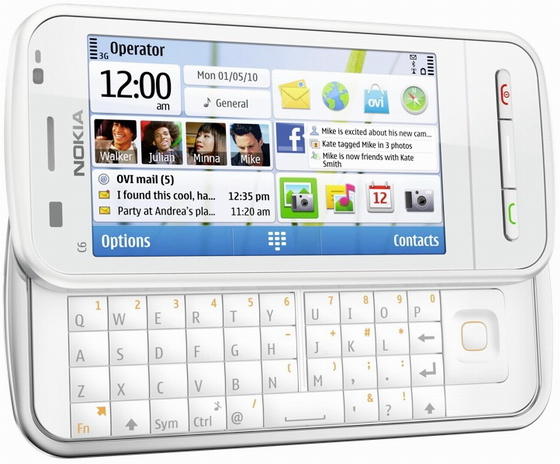 Fortunately, it should be a lot cheaper than the N97 was when it first came out, as the C-Series is not meant to be a range of high-end phones. Equally, though, it’s not going to be a particularly well-specified phone, which seems to be confirmed with the fact that the C6 will come with only 256MB of onboard RAM.

No other details are available yet, but we’ll be sure to report them when we have them.