Continuing with the Nokia theme, I thought I’d focus a bit on the forthcoming Nokia N8. It’s Nokia’s new flagship smartphone that will be released soon, and features a huge range of top-end features including a 12 megapixel camera.

What it doesn’t feature, though, is a new user experience – just an updated version of the Centuries-old Symbian OS.

OK, so that’s a bit harsh, but check the video of the N8 out after the jump, and you’ll see what I mean.

In terms of features, the N8 offers pretty much everything you could wish for. Its picture-taking abilities are superb, with 12 megapixels and a xenon flash ensuring great quality pics in all manner of lighting conditions. It comes with some nifty little tricks, such as the ability to plug in a USB drive to upload and download pics and videos, and an HDMI output for playing back your videos on an HDTV. 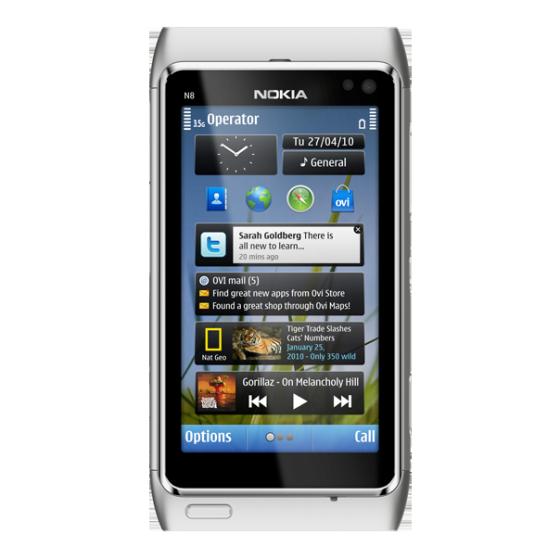 Which is just as well, as the N8 is capable of recording video at 720p HD.

Data transfers are super-quick, thanks to its support for 10.2Mbps HSDPA, and its touchscreen display is also excellent, with a 3.5″ AMOLED screen capable of displaying 16 million colours. It’s also a capacitive touchscreen, meaning it’ll actually be responsive!

That’s quite an impressive list. But it’s not the features that will enable Nokia to compete with the iPhone and its ilk, it’s the overall user experience, and it’s here where the N8 ultimately falls short.

The Nokia N8 uses Symbian^3, a mobile OS that’s meant to be completely new, and which should be capable of taking on the great smartphones from Apple and Android. But in reality, it’s just a tidied-up version of the existing Symbian OS, and is hardly changed from previous versions.

Nokia have admitted this, and have stated that Symbian^4 will be the true next-gen Symbian, but by then, I doubt that anyone will actually care! Equally, Nokia’s future flagship phones will likely feature their other mobile OS, Maemo (or some version of it), making Symbian even less relevant than it is today.

So this is further evidence of Nokia giving up the fight against the iPhone.

But that doesn’t mean it’s given up in other areas.

The Nokia N8 seen in a new light

Take away the stratospheric delights of the iPhone and Android phones, and look at the N8 from the perspective of a fantastic feature phone who’s smartphone features are just good enough, and you’ve got potentially a fantastic new phone that’s about to be launched. 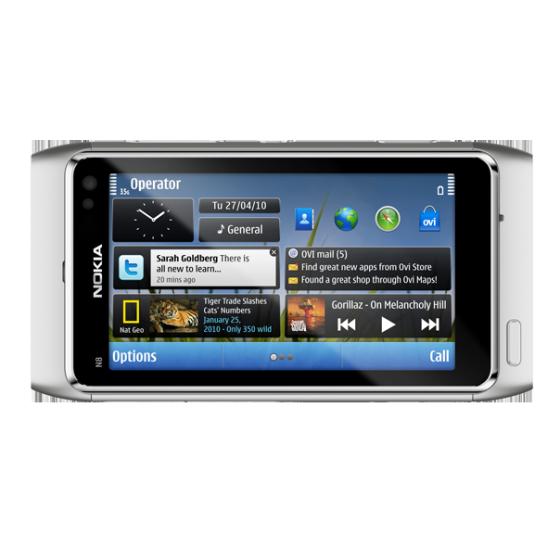 Its software is old, its user experience not the best, but its features are absolutely first rate. It does everything you could ever want from a gadget with a quality that’s second to none, meaning your photos and videos will be excellent, not blurry and muffled.

So don’t thnk of the N8 as a smartphone (and I really hope Nokia don’t pitch it as such!). See it instead as a glorious feature phone, carrying on the tradition of previous N-Series flagship phones before it, for that is what it is – a phone cast from the times of the mid-2000s, but brought bang up to new decade with a stunning feature set.

Should you buy it when it comes out? That’ll depend entirely on price. If Nokia are going to release a phone whose smartphone feature are only good enough, then the price must absolutely reflect that. If not, the N8 will be dead in the water!

Somehow, though, I can’t see Nokia letting that happen!

I suppose it’s time now for the video preview I promised!