Nokia is all set to show off the Nokia E7 and Nokia N8 at the Nokia World conference next week. Interestingly, the N9 is not currently rumoured to be on display. This is a shame, as it looks like it’s going to be a stunning phone, and will be the first phone to feature Nokia’s new MeeGo mobile OS (which is one of the reasons I’m so keen to see it in the flesh).

But no matter, despite the lack of the N9, the N8 and E7 are looking like they could be the start of a renaissance for Nokia, which makes next week’s conference (which I’ll be attending) just as mouthwatering.

So what can we expect from the N8 and E7? 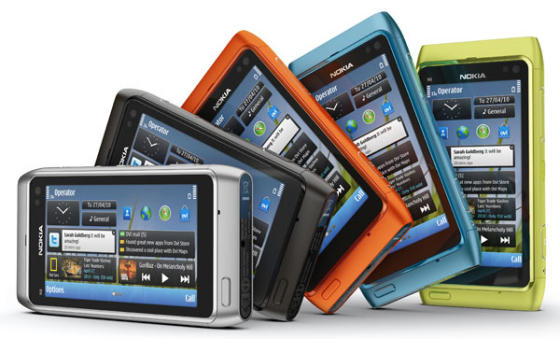 The Nokia N8 has been in development seemingly forever! As Nokia’s latest high-end flagship phone, it features Symbian^3 and a 12 megapixel camera with a range of photo options, which Nokia hope will it make the best quality camera phone on the market.

It looks good, and its features are certainly exceptinally good, but it’s in an odd niche. Because of Symbian’s lack of apps, the N8 feels more like a feature phone than a smartphone. The question is, given the explosion in the apps market, and with apps being one of the key drivers behind the iPhone and Android’s success, will anybody still want what is essentially an app-free feature phone?

The Nokia E7 is a different animal altogether. Nokia’s E-Series range of business phones have been strong sellers, and it’s here that Nokia has consistently performed well in the enterprise. The E7 should continue that success. 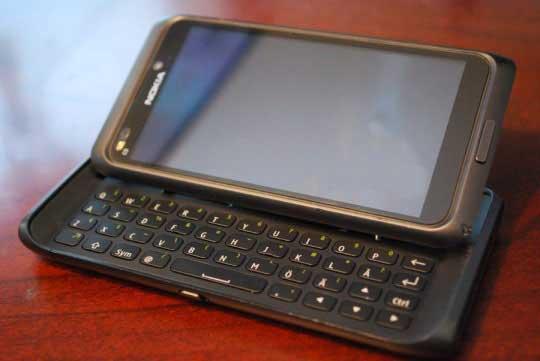 It’s a full-touchscreen smartphone based on Symbian^3 with a slide-out QWERTY keyboard, 4″ AMOLED screen and multi-touch interface. Because it’s designed as a business-phone, it doesn’t need to focus on apps in the same way that Android and iPhones do.

As such, I can see the E7 being a big success with corporate users, many of whom are reluctant to let app-based smartphones into business for reasons of security (and distraction!).

What are their chances of success?

I predict the E7 will do well, but in a limited market; The N8? Not sure. The jury’s out. A lot will depend on how well the Symbian^3 user interface shapes up.

We’ll have more of an idea next Tuesday (14th Sept) when Nokia shows these two phones off to all of us eager to get our hands on Nokia’s latest and finest! Stay tuned.